What are realistic expectations for Michael Grabner? 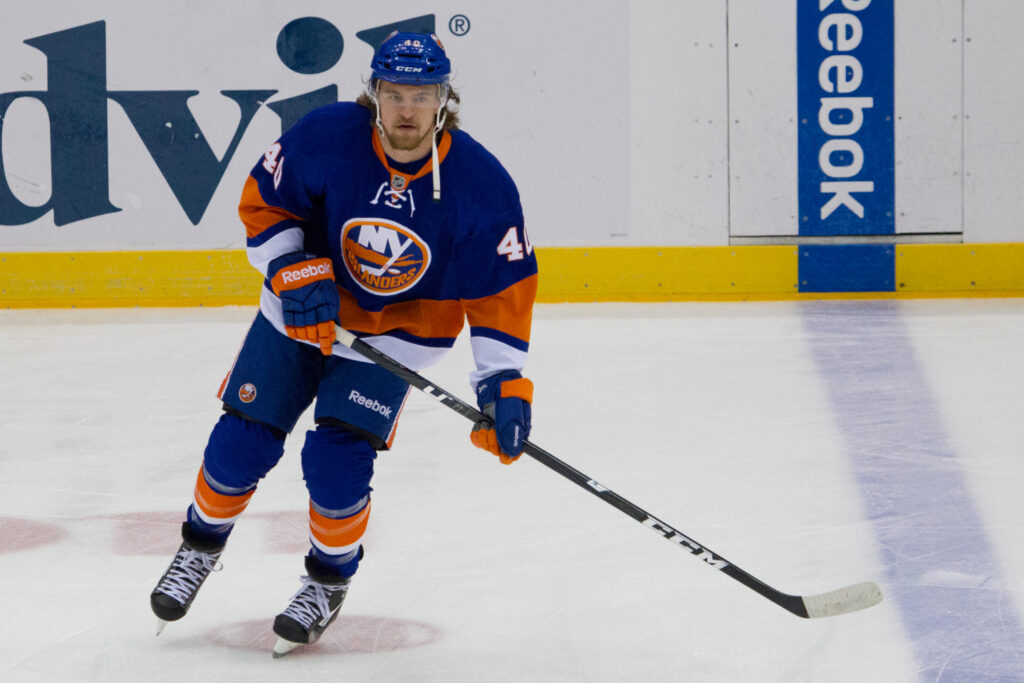 The Rangers began their retooling of the bottom-six by signing winger Michael Grabner to a two-year deal this summer. He was the first of numerous signings with the purpose of addressing the bottom-six and the penalty kill, and easily the most high profile signing they made this summer.

The 28-year-old speed demon is a former 30-goal scorer, putting up 34 goals in his first full NHL season. He then put up 20 goals his following season, then a 30-goal pace in the lockout shortened 2013 season. All these came with the Isles. Since then, Grabner has topped out at 12 goals, and has seen his goal totals in decline since.

Grabner’s greatest asset is his speed, but he’s also solid defensively. He suppresses shot attempts against while also driving possession for. 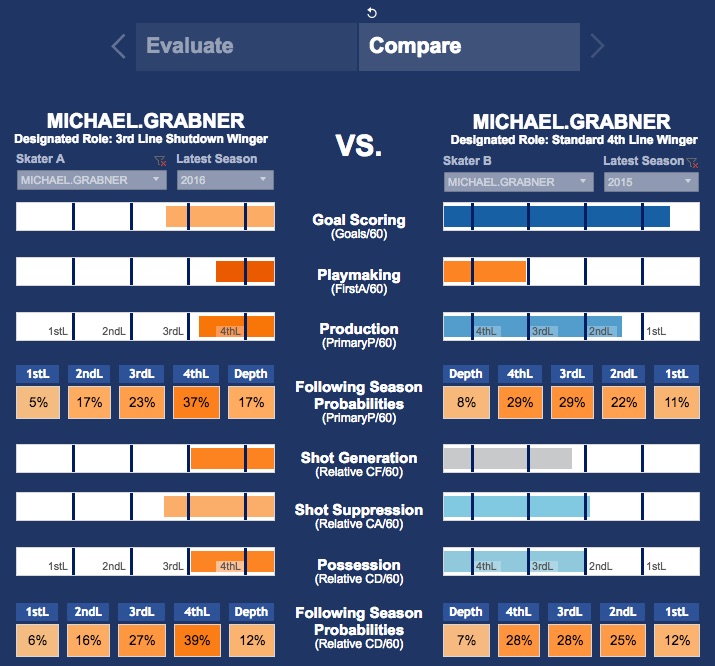 The above graph shows Grabner’s 2015 and 2016 seasons, side by side. His most recent season why significantly worse than his 2015 season, and something that appears to be a blip on the radar for Grabner. I think it’s safe to say that he was affected by the abysmal Toronto team he was a part of. It’s fair to at least expect him to get to third line possession numbers.

With Grabner, the Rangers are getting someone who will disrupt the opposition, but won’t necessarily put up scoring numbers. Grabner was playing a top-six role with the Isles when he put up 54 goals in two seasons. He won’t get that time with the Rangers. In all likelihood, he will bounce between the third and fourth lines, playing a defensive role or providing some defensive cover for Kevin Hayes/Pavel Buchnevich.

Realistically, Grabner isn’t going to put up another 20-goal season. Assuming 10-12 minutes of even strength time per game, Grabner is likely to put up about half that total. Anything more is just a bonus. But with Grabner, the Rangers get one key weapon on their penalty kill back since the Carl Hagelin trade, and that is a dynamic presence that disrupts on the penalty kill.

I bring up Hagelin here for one reason: Grabner is not Hagelin. In terms of reasonable expectations, expecting Grabner to be Hagelin isn’t fair, and will likely cut his legs out from under him from the start. Grabner will be just fine as a bottom-six forward for the Rangers and will bring stability to the penalty kill. He’s a solid depth add for a team that needed depth.