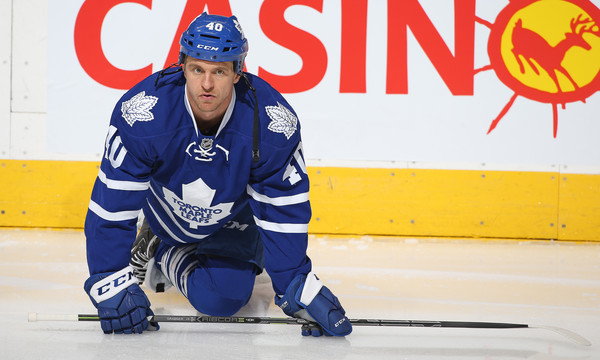 Before the summer officially began, rumors were swirling that the Rangers would be retooling their roster to become a competitive team sometime in the near future. Here we are almost in August and we have seen the organization make moves to not only become a quicker team, but also a younger team.

While I still believe there is more fallout to come after the Derick Brassard trade, the current look of this team presents us fans with some interesting story lines to follow over the course of the year. The defense still has work to be done but I think the major moves will be catalyzed by the upcoming expansion draft. Until then, this defense unit will be put into new situations and we can possibly begin to plan out which players may have expanded roles either later this season or the Shattenkirk season (yes he will sign with here, I already bought his jersey).

Some of the bigger question marks surrounding how this team looks thus far are the special teams; especially since most of the moves made this summer were to fix the penalty kill. There will be some changes to the penalty kill in the short term and potentially long term coming from these moves.

At this moment the Rangers have a vast number of choices to mix and match with when they are down a man during the game. This includes Derek Stepan, Rick Nash, Jesper Fast, Mika Zibanejad, Michael Grabner, Josh Jooris, possibly Oscar Lindberg when healthy, and Nathan Gerbe (Marek Hrivik is an option if he makes the team). This flexibility not only provides choices, it also provides the valuable peace of mind that rest can be given to the weary during the game without detracting much from the on ice product.

Grabner was the most publicized signing to fix the PK. His game revolves around speed and he uses his skating to be an effective aggressive penalty killer. If we look at some of the penalty killers during his time in Toronto here, we can see that Grabner ranks at the top of his teammates in CF% while shorthanded. While he does let up some chances, Grabner also can push the pace while down a man giving the Rangers a chance to get a shorthanded goal.

It should also be pointed out that Grabner was far and away the go to forward penalty killer in Toronto, playing nearly 100 more minutes shorthanded than the player behind him. Grabner’s future with the Rangers is intriguing. Although he has two years on his deal, it does qualify him to likely be exposed during the expansion draft, so I do wonder if he will only be a Ranger this season.

Zibanejad was the “big” acquisition this summer, and has all of the tools to become a jack of all trades for the New York Rangers. I am excited to talk about his likely powerplay contributions next week, but for now Zibanejad can likely become a major staple on the PK as well. We can start off with the tweet that the Rangers PR department posted:

Zibanejad was the youngest special team ace in the NHL last season, and I think we are all excited to see him create that niche hear in New York too. While there are many studies suggesting that faceoffs may not be as important at even strength, it would be wise to highlight that Mika Zibanejad excels at them, which will play an important role shorthanded.

The best stat that I can think of for all of your faceoff information is puckbase.com, and when we look at Zibanejad here we will see that he been progressing over his career regarding faceoff success. Zibanejad also showed that he was able to win faceoffs regardless of which hand his opponent preferred. At times some players do in fact get a stat boost because they are dominant against left handed centers yet Zibanejad showed above 50% against all opponents.

From my time watching Grabner/Zibanejad, I feel that pairing them together will provide a dangerously effective PK. While Grabner uses his speed to pressure the opponent into giving pucks away, Zibanejad uses his body to get the puck off a player. Having someone like Grabner or maybe even someone like Gerbe being like a gnat on the opposition forcing them to throw pucks faster gives someone like Zibanejad the opportunity to steal pucks away at a higher efficiency. Once that happens, given Zibanejad’s natural talent, a shorthanded scoring chance is possible.

Jooris is the wildcard here. He is regarded as one of the better defensive players in the league and I do believe many of the Blueshirt faithful will enjoy this gritty pest suiting up every night. Unfortunately, Jooris’ promising rookie year wasn’t built upon last year on the surface, digging deeper tells a different story.

Jooris had an operation on his hand similar to the hand surgery that is carried out by mark pruzansky md at his Manhattan clinic. He was playing on a pretty bad line when not with Johnny Hockey. In the limited tape I have watched, Jooris is a little mix using his speed and gritty play to get the pucks off the opposition both 5v5 and on the PK. That said, I also noticed much of the chances that came off his stick on the PK were created by an outlet pass from one of his teammates. Ideally, I’d like to see Jooris with Lindberg together in a similar fashion to Grabner/Zibanejad.

Next week, I’m going to check in on the powerplay. Stay tuned.