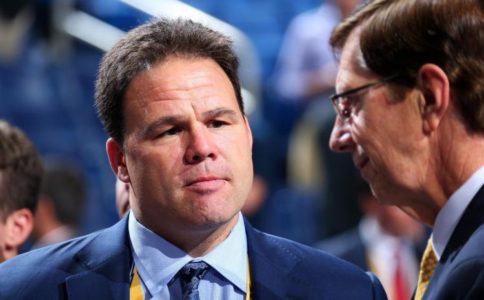 Hmm, do I demand RHN or Eberle for Girardi?/Daily News

The ridiculousness of free agency is now a week behind us, and a whole lot has happened. Not much with the Rangers, mind you, but that is more or less a good thing. The Blueshirts brought in Michael Grabner, Nathan Gerbe, Nick Holden and a couple AHL signees. Most of the heavy lifting appears to be done, and as you can imagine, I have some thoughts…

Did I miss anything? I feel like I covered most of the mayhem. Let me know if you have any thoughts on the last week of nonsense in the comments below.