Free agents the Rangers should target and who to avoid 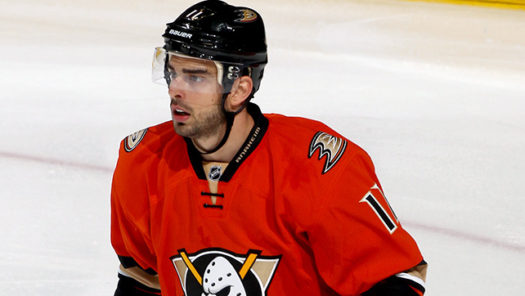 With the decision to let Keith Yandle go and the Rangers in position to dump more salary this week, it suddenly looks like New York may be a player in free agency once again. With Friday’s frenzy nearly upon us, here’s who the Rangers should look to add and who to steer away from.

Who they should target

Viktor Stalberg – If it ain’t broke, don’t fix it. Stalberg was inconsistent to start last season, but fit like a glove on the third line in the second half of the year. He didn’t produce enough to warrant a huge increase in salary, so the Rangers should be smart and bring Stalberg back for another go.

Brandon Pirri – I was extremely frustrated when the Blueshirts didn’t top Anaheim’s deal of a sixth-round pick for Pirri at the trade deadline, but sure enough the Ducks weren’t even high enough on Pirri to extend a just-over $1 million qualifying offer. Maybe I’m way off base with this one, but a 25-year-old former 20-goal scorer is definitely worth that money in my book. As a third-line scorer, Pirri would come much cheaper than Thomas Vanek and still has room to grow.

Justin Fontaine – Criminally underappreciated by Minnesota, Fontaine has consistently posted eye-popping points-per-60 numbers despite rarely receiving consistent opportunities with the Wild. He should be a top priority for the Blueshirts.

Michael Grabner – Many fans have a very false perception of Grabner’s abilities thanks to the 34-goal season he posted with the Islanders when he first broke into the league in 2010-2011, but this is not the same guy. Grabner still has wheels and would be useful in a forechecking role, but he should be paid only as such.

Brett Connolly – The 2010 sixth overall pick still has a wicked wrist shot but has failed to carve out his niche with two clubs now. He still has sufficient tools that he should garner plenty of attention, so it will likely come down to opportunity for Connolly. The Rangers might have to guarantee a third-line spot to Connolly to land him, but that’s risk I’d be willing to take.

Jason Demers – Obviously this is wholly contingent on the Rangers moving one of Marc Staal or Dan Girardi, as well as Demers’ own contract demands (rumored to be in the neighborhood of $5.5 million annually). But as a 28-year-old puck-mover, he’s exactly the type of player the Blueshirts need.

Jamie McGinn – The streakiest of scorers, McGinn has long been the apple of the Rangers’ eye according to Pat Leonard. He will have no shortage of suitors and the Blueshirts absolutely should not get into a bidding war for his services, but for the right deal McGinn would be a very solid addition.

Patrick Wiercioch – Like Fontaine, Wiercioch has been underused by Ottawa and the #fancystats indicate he could thrive with a new opportunity.

Justin Schultz – The Blueshirts were hot on Schultz’s heels when he first signed with the Oilers back in 2012. They may have dodged a bullet then, as Schultz has been nowhere near worth his $3.9 million cap hit. That said, Schultz started to find himself with the Penguins and is still just 25 years old. On a short-term prove-it deal, Schultz would be well worth a gamble.

Jason Chimera – Yes, I know he’s 37 years old. But Chimera still has speed to burn and is coming off a 20-goal season. I wouldn’t give him a multi-year deal, but for one or two seasons, he’d be a great fit on the third line.

Darren Helm – One of the very few guys that can match Carl Hagelin’s speed, Helm should be in high demand after the Penguins raced their way to the Cup. He’s a solid defensive pivot and while Helm might be very expensive for the fourth-line role he likely fits into for New York, he’d go a long way toward tilting the ice back in the Blueshirts’ favor.

Who they should avoid

Steven Stamkos – Nothing against the player, but New York would have to decimate its roster to even have a shot at signing him. And even then, he could still choose Detroit, or Toronto, or Buffalo, or Tampa – all of whom seem to have a much better chance at landing the big fish than the Blueshirts. If that happens, New York would be left with a worse roster, money to spare, and not much of a viable contingency plan.

Frans Nielsen – A very good player that would help in two major problem areas – speed and penalty killing – but he’s going to get a much fatter deal than he really deserves.

Matt Martin – If this was a direct swap for Tanner Glass’s place in the lineup it would be great. But adding him to the mix for $2 million or more is just compounding a problem.

Milan Lucic – The Rangers already have a big, physical guy that goes hard to the net, and his name is Chris Kreider. He’s three years younger than Lucic and could lap him around the rink, too. Luckily it looks likely the western Canadian teams will save the Rangers from themselves on this one.

Kyle Okposo – You may have noticed a trend by now – the Rangers should just say no to any of the top guys on the market. Okposo is certainly tempting and a guy any team would like to have, but he’s going to get a mega contract that will be hard for him to meet.

Who do you want the Rangers to target and avoid in free agency?