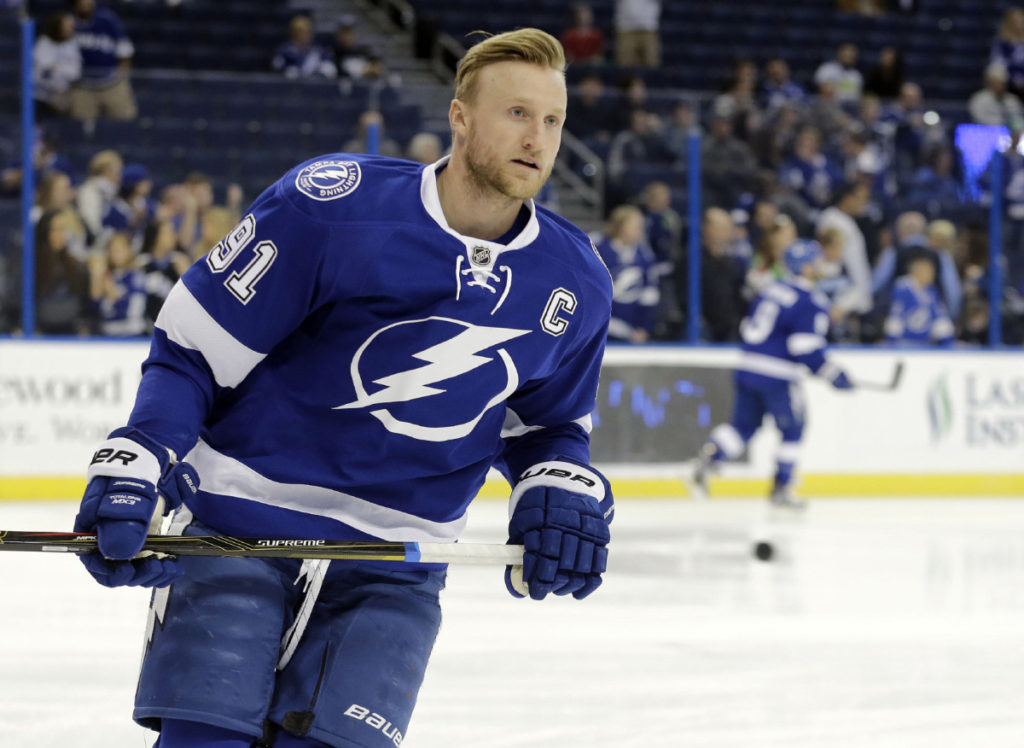 Per John Shannon and Elliotte Friedman on the NHL Network broadcast, the Rangers will be heavy players for Steven Stamkos. The salary cap is going to be a problem, and even with the summer cap the Rangers will need to clear space. But both Shannon and Friedman said that Stamkos will be presented with a big offer from Rangers brass when the negotiating window opens after the draft.

We’ve discussed Stamkos a lot, and while he is a big upgrade on the powerplay, he produces the same at even strength as Derek Stepan. Stamkos will require a huge contract, something that may not be a smart idea for the Rangers.

If the Rangers land Stamkos, they will need to trade a lot of cap space. Stepan, Marc Staal, probably Rick Nash. Remember, they need to sign their RFAs as well.