What changed for the Rangers defense this year? 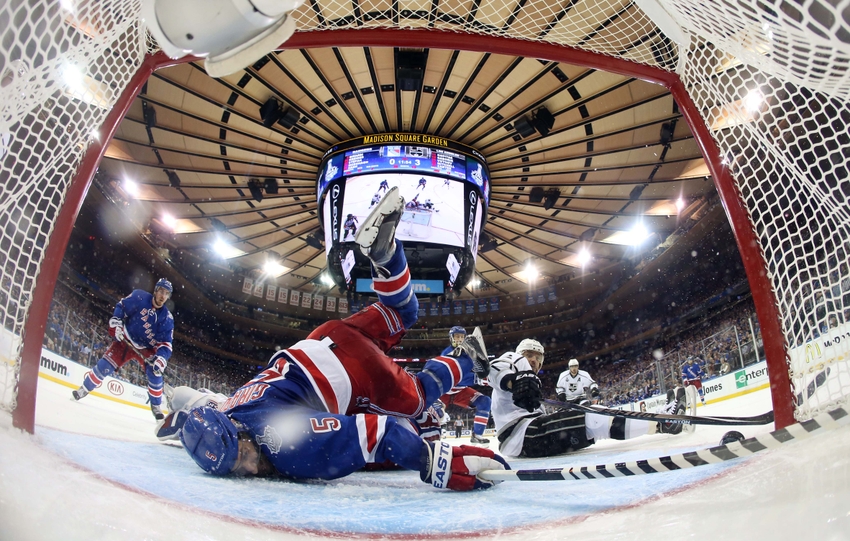 Over the course of the season, we, along with many other folks, have beaten to death that the Rangers defense is not what it used to be. While we’ve addressed some of the root causes, we have not addressed what specifically changed from last year. The personnel is the same. The system is the same. So it’s fair to expect similar results.

As with anything in sports analysis, it is very rarely one thing. A culmination of factors can conspire to change something that once appeared static and reliable.

First, let’s take a look at age. The average age on the blue line is 29.7 years old. That is not a young group. Dan Boyle’s spritely 39 years obviously skews things a bit, but Ryan McDonagh and Dylan McIlrath are the only members of the defense significantly under 30 (Yandle is 29). Especially for the less mobile defenseman, there are a lot of miles on those bodies.

When age-related decline sets in, usually the first things to go are the legs. When you look at the composition of this group, your high-end skaters are really McDonagh and Yandle. Boyle’s best skating days are clearly behind him and for the rest of the defense, skating was never their strength to begin with.

Many defenseman have extended their careers after their skating falters through good positioning, reads and gap control. It certainly can be done. The issue is ultimately one of systems.

AV continues to insist upon skating-intensive hybrid systems that routinely expose the weaker skating blue liners. Girardi, especially is exposed not only because he doesn’t have the wheels to cover the overload/man coverage scheme, but because he has to execute that system against the other team’s top players. He is routinely put into a position to fail. If Girardi and Staal were allowed to play a more zone-oriented system, they would likely have more success through positioning and other factors that aren’t as reliant on high-end skating.

This brings us to the concept of deployment. It is clear at this point that the Rangers’ top three defenseman are Ryan McDonagh, Kevin Klein and Keith Yandle. Staal, Girardi and Boyle are useful in certain roles, but they are still being deployed outside of those roles regularly, with expectedly disastrous results.  If this team is going to be successful in the playoffs, AV is going to need to hedge against personnel weaknesses and put players in a position to succeed.

Yes, it’s true the personnel are the same. But that doesn’t mean same results. There are many factors that go into a solid blue line, and it’s a slippery slope once one starts to slide. It’s not that the blue line or the systems changed, it’s that the players cannot execute the way they used to. That’s a major change, whether it shows on paper or not.