– The news that Dylan McIlrath will miss a couple weeks with a knee injury will likely effectively end his season. Barring another significant injury, there’s no chance Alain Vigneault will look McIlrath’s way upon his return when he won’t immediately be at full speed, nor in the postseason given Vigneault’s preference for the veterans. But it is a pretty huge luxury for the Blueshirts to know that their 23-year-old seventh defenseman and 21-year-old first call-up from Hartford can both be penciled into the lineup for next fall. Dan Boyle will obviously be a goner and at least one of the other five veterans will likely be out as well, but the Rangers are lucky to have two replacements in house.

– While Cam Talbot was busy wrapping up First Star of the Week honors in Edmonton, Antti Raanta was giving up three goals in the first five minutes of the game against the Islanders on Sunday. Raanta has been mostly OK, but there’s been a noticeable drop-off from Talbot last year to Raanta now. Granted, Talbot was among the top backups in the game over the last couple years and Raanta was acquired for Ryan Haggerty (remember him!?), but with Henrik Lundqvist getting older, the backup goalie is only going to be a bigger issue each year going forward. While Chris advocated for keeping Raanta this summer, I’m not as sold. I wonder if Magnus Hellberg could be the No. 2 next season?

– TSN’s Travis Yost, one of my favorite #fancystat number crunchers, posted a great piece yesterday explaining why Lundqvist should be the favorite for the Vezina Trophy. It’s hard for me to imagine that actually happening given Lundqvist’s horrific December, but Yost makes a pretty compelling case with all the high-danger shots Lundqvist faces relative to other netminders and his ability to save the Blueshirts an extra half-goal a game. Yost also notes that part of the reason Lundqvist isn’t mentioned among the Vezina contenders much anymore is that we’re all so used to this level of play, it no longer stands out. I think even among the Rangers’ own fan base so much is expected of Lundqvist that even a single off game seems confusing.

– Yost also shared a very thought-provoking piece a couple of weeks ago about how the NHL should eliminate the draft and draft lottery.  A lot of the logic is sound, but my concern is that it seems highly unlikely that top prospects would give much consideration to signing with teams like Winnipeg, Arizona, or Carolina. And yeah, you can say that a lot of those markets shouldn’t have teams anyway, but that’s not the reality of the situation. I also thought there would be no way the NHL would be willing to surrender the revenue that surrounds the draft hype – but what if there was a Signing Day the same as there is in the U.S. for college football players? Essentially a July 1 just for youngsters? Could be pretty fun. 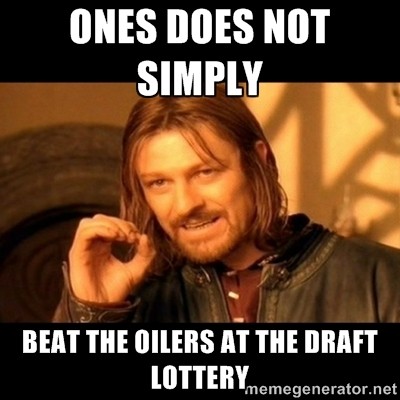 – I’ve tried to be very patient with Vigneault this year, but his treatment of J.T. Miller on Sunday really blew my mind. Miller has been one of the team’s best forwards over the last couple of months and has been busting his hump on the backcheck, where he was completely lost about a year ago. He wasn’t dominant against the Islanders, but did anyone play well to start that game? Gluing Miller to the bench in that contest seemed like a really bizarre place to send a message.

– There seems to be a lot of concern about the Rangers losing all three of their games against the Islanders, the Blueshirts’ likely first-round playoff opponent. Sure, losing three times in a row to a hated rival is never ideal and the Islanders’ forwards are a handful – but it’s hard for me to be too worried about a best-of-seven series knowing the Blueshirts will essentially have home-ice advantage in every single game. Barclays Center will be packed with blue sweaters come April.

– Some of the folks most excited about the Eric Staal acquisition pointed to his impressive playoff production, which is of course a little silly since that came six years ago. Still, Staal plays exactly the style of game that is so conducive to the postseason and it’s going to be really nice to have a guy that can win clutch faceoffs. I’ll tell you right now, he’s going to be my pick early and often for #bucciovertimechallenge. 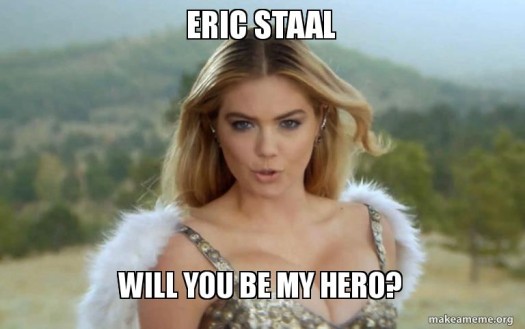 – Speaking of crowds, I went to my first game at Verizon Center on Friday night and the atmosphere was phenomenal. The D.C. Rangers fans are legit diehards and took over an entire section of the upper deck, where they were louder than a lot of the crowds I’ve heard at MSG this season. The dueling chants between the Blueshirts faithful and the Caps’ fans were terrific and made for a playoff environment. Credit to the Caps fans, too, for being very knowledgeable and spirited.

—
Question time:
1. What’s your favorite arena other than MSG? And where else have you encountered great Rangers fans?
2. Who’s your pick for the Vezina?
3. What do you think about the idea of getting rid of the draft?