The Rangers won, but they didn’t deserve to: A long overdue rant 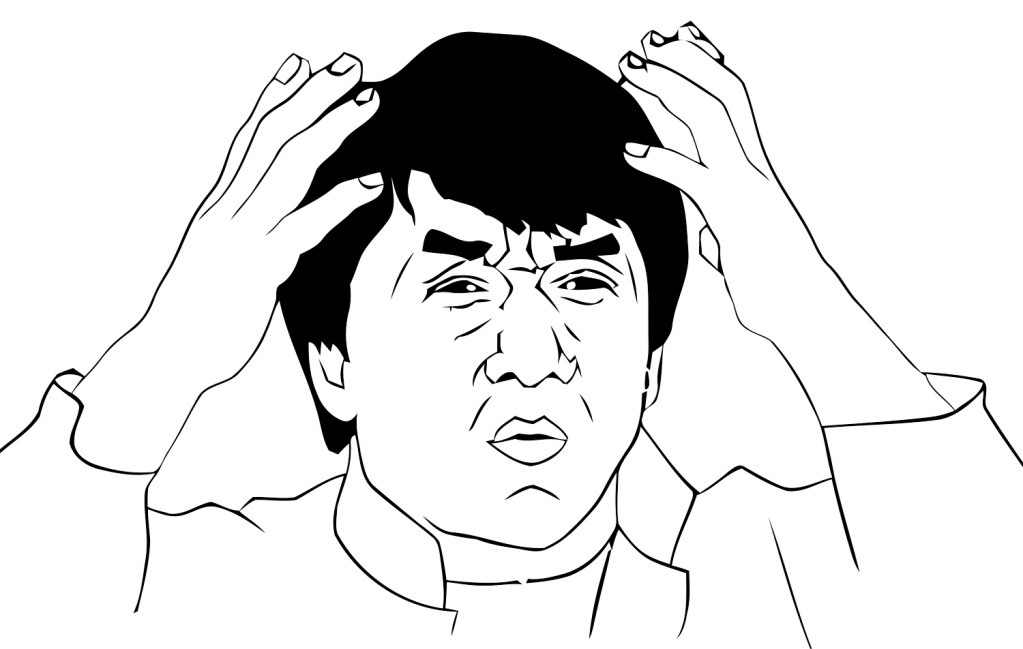 What did we just watch?!

If you’ve been here for a while, then you are probably expecting some kind of goal breakdown. I apologize, but you’re not getting one this morning.

The Rangers cannot continue at this pace. It is unsustainable. They are not playing well, they are getting extremely lucky, and Henrik Lundqvist is bailing them out on a nightly basis. They will not continue to win games like this.

I’ve been saying the above for three weeks now. If you didn’t see it before, then last night’s game was an eye opener for you. It is certainly an extreme example of what I, along with others, have been seeing. It is not a good trend, and last night was the most egregious example thus far this season.

The Rangers won, I get that. And I am ecstatic that they won. They showed up in the third period and played significantly better. Henrik Lundqvist completely bailed them out in the first two periods, where it looked like the Rangers were just letting Nashville do whatever they wanted. It was atrocious. The Rangers did not deserve to win the game, period.

There were a ton of defensive miscues that led to prime scoring chances. Here are just three of them: 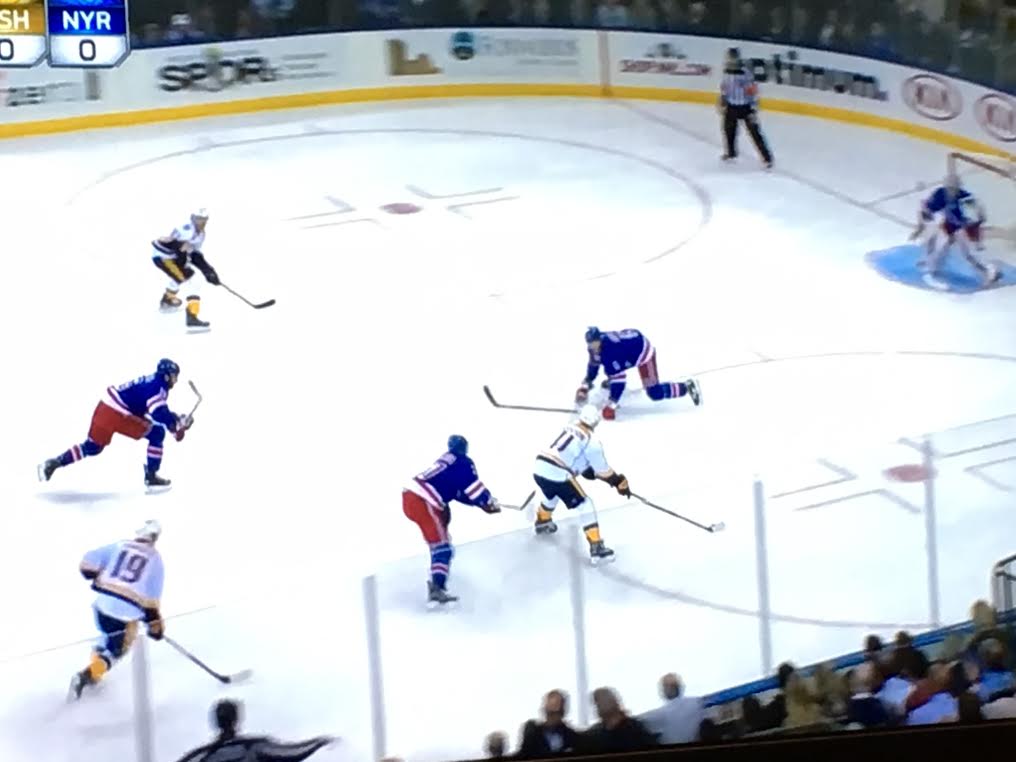 This was lauded as a great play by Dan Girardi, who had Cody Hodgson’s shot on the 2-on-1 deflect off him. I covered the snow angel a lot on this blog, but the pass lane is wide open here. Hodgson just isn’t skilled enough to get the pass across.

The intention here isn’t to pick on Girardi, it just so happens that two noticeable plays were by him. 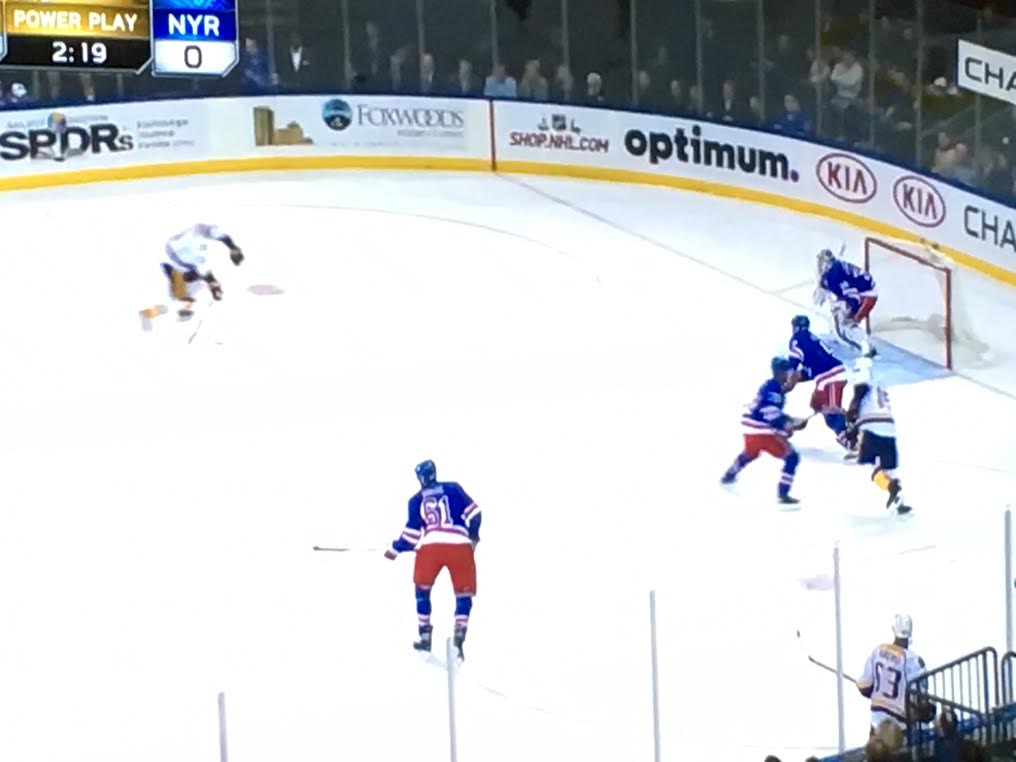 This was another play where Girardi was lauded for diving to block the shot. This is on the penalty kill, but look where Girardi is. That’s his man getting the puck on the weak side. This was not a good play. This was a lucky recovery on a blown coverage.

Here’s the Kevin Klein point, which luckily did not wind up in the net, like the other two above. 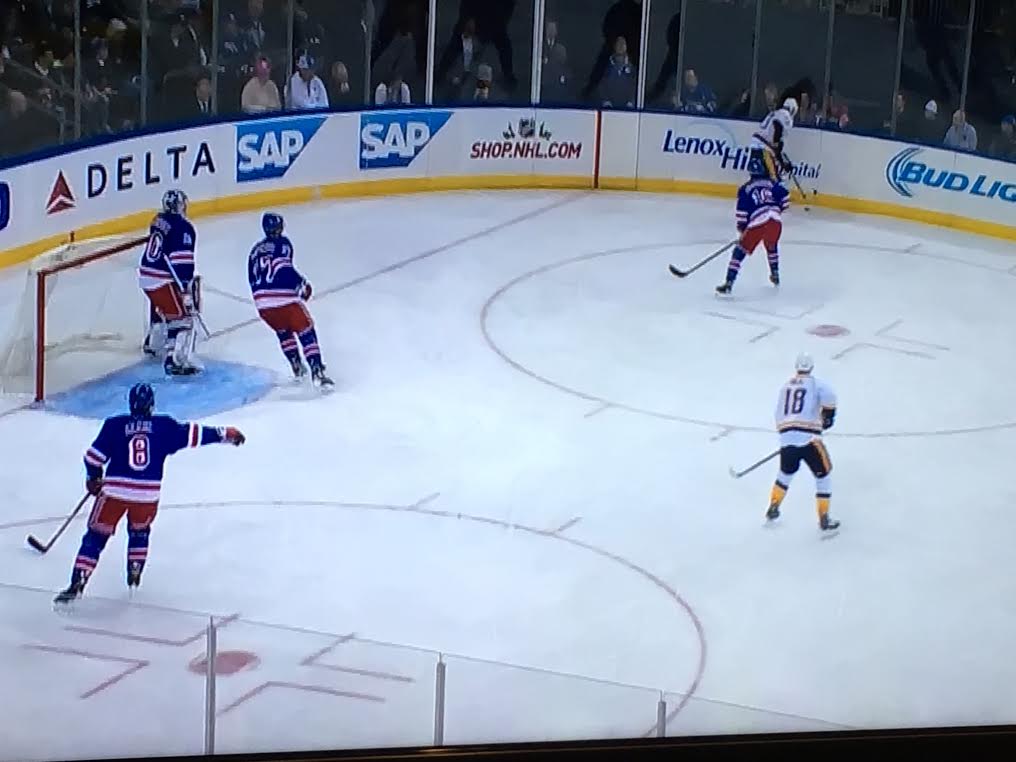 That’s Klein and Ryan McDonagh, failing to cover James Neal. All three of these plays occurred in the first two periods, when the Rangers managed seven shots on goal. Seven. Seven miles per hour. And normally when I pull people over, they pull on to the shoulder.

But here’s the thing, these miscues don’t just lead to scoring chances. It leads to sustained pressure in the defensive zone. It leads to tired legs. Tired legs lead to losing body position along the boards and in front. Losing position leads to more chances. Losing position leads to penalties. Penalties lead to more chances. Penalties lead to, as Kevin Klein said in the intermission, being unable to gain flow because you’re always shorthanded. This is all connected folks.

You know what else? This is a turnover. This isn’t a great play of clearing the zone. That’s either Klein or Girardi losing control of the puck along the boards with no pressure, then skating the puck down, and flipping it out of the zone when there was pressure. That’s a bad play, and it happens a lot more than you’d like to see.

The reason this game was not 18-0 after the second period was Lundqvist. The reason why the Rangers have 34 points instead of 24 is Lundqvist. The Rangers are on pace to allow 148 goals this season, or 1.8 per game. If, after watching last night’s game, you believe this is due to their amazing defense, then I don’t know what to tell you. Those three plays above came from just two periods. This is a team playing like they did in October/November of 2013, learning Alain Vigneault’s system. There is no excuse for the six blue liners anymore.

The third period last night was infinitely better, and the shift that led to the Derek Stepan goal was one of the best I’ve seen in a while. Shocker alert: Kevin Hayes was the catalyst there. He’s the most consistent when it comes to controlling the puck, drawing players to him, and making the smart, short pass in the offensive zone to help his teammates get to open ice. He is so good, and those plays are critical for winning games. No turnovers, just maintained puck possession.

The Rangers did not deserve to win last night. I don’t think anyone can disagree with that. But the third period was a step in the right direction. It wasn’t perfect –they still shelled with the three goal lead– but it’s better than what we’ve seen for a while now. They won, but wins like this don’t happen often, and the Rangers are exhausting these wins in October and November. I’m a silver lining guy through and through, but even I’m starting to wonder when the bottom falls out.