Rangers, Diaz to re-evaluate situation at the end of the month 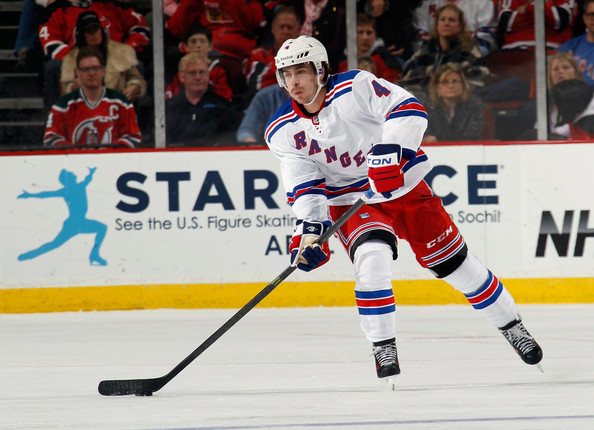 Earlier this month, Raphael Diaz was waived by the Rangers, as he was lost his 7D spot to Dylan McIlrath out of camp. Diaz, naturally, is not all that pleased with being in the AHL. His agent has requested (per Larry Brooks) that if he is not back with the club in a month, that he be granted a mutual release from his contract. It is likely he would go to EV Zug in Switzerland for the season.

The Rangers, again per Brooks, have said they will revisit the situation at the end of the month, but no promises are being made. I highly doubt that the Rangers want to cut ties with Diaz, who had a strong camp.My guess is that the Rangers are waiting to see how the Klein/McIlrath situation plays out. Injuries also happen. But if everyone is healthy, Diaz is the 8D now.

Another aspect driving this is the forward competition. That fourth line looked very good last night, and the Rangers still have Emerson Etem on a cheap contract as the 13F. They could be exploring options with Tanner Glass to free up cap/roster space for Diaz.

They could trade Glass, which I find to be unlikely, and rid themselves of that contract. It is much more probable that the Rangers will just waive him, take the $950,000 in cap savings, and then use that to recall Diaz at $700,000. It’s not the best cap management, since it puts them in a tight squeeze if injuries happen.

The Rangers are in a bit of a pickle right now with their cap and personnel decisions. They can resolve the Diaz issue pretty easily, but they are backing themselves into a corner. Multiple short term injuries can lead to a cap disaster. October is usually extended tryout month for Alain Vigneault, but this is a dangerous game being played.