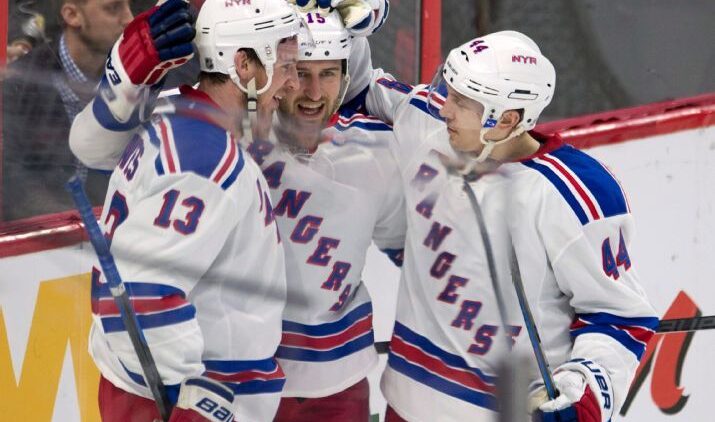 The New York Rangers crushed the red hot Ottawa Senators last night, clinching a playoff berth in the process with the Boston Bruins loss to Anaheim. The Rangers dominance was on full display, absolutely destroying the Senators in every aspect –on the scoreboard, in shot attempts, in quality shot attempts, and in goals by fourth liners that aren’t supposed to score goals– and gave Andrew Hammond his first regulation loss of the season.

The Hamburglar looked off during the game, and actually asked out of the game after the Rangers scored their fifth goal. It was noted that he was hit awkwardly in his last game, so there’s a chance he had some lingering effects. The anticipated duel of backup goalies carrying their teams was not to be though, injury to Hamburglar or not. There was no way he was going to stop all of those chances the Rangers had.

Speaking of those chances, all goals came off the rush or off turnovers. That’s Rangers hockey for you. They use their speed to force turnovers, convert them to rushes, and put the puck in the net. They pressure the opposition in the neutral zone, right around the blue line, and are so quick to transition that they trap the opposition. It’s fun to watch, and when they execute, it’s unstoppable.

The Kreider play strikes again. Derek Stepan collected the puck in the defensive zone as Kreider skated up the off-wing, burning both defensemen (Erik Karlsson, Marc Methot) in the process. Stepan banked the puck off the boards so Kreider could skate into it in the offensive zone, and he beat Hamburglar low blocker for the first goal. 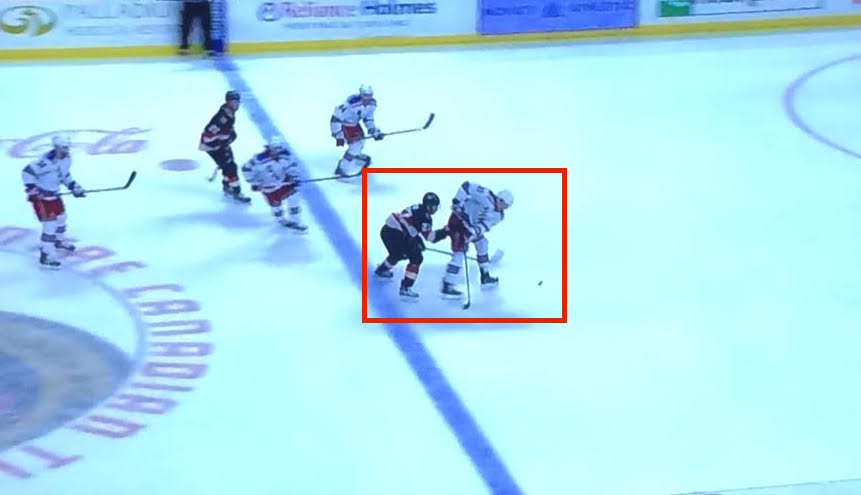 Speed kills, it goes both ways.

Mats Zuccarello tried to swipe a loose puck to Keith Yandle, who tried to accept it at a bad angle. Curtis Lazar pressured him, forced the turnover, and then beat Talbot low glove for the quick answer. 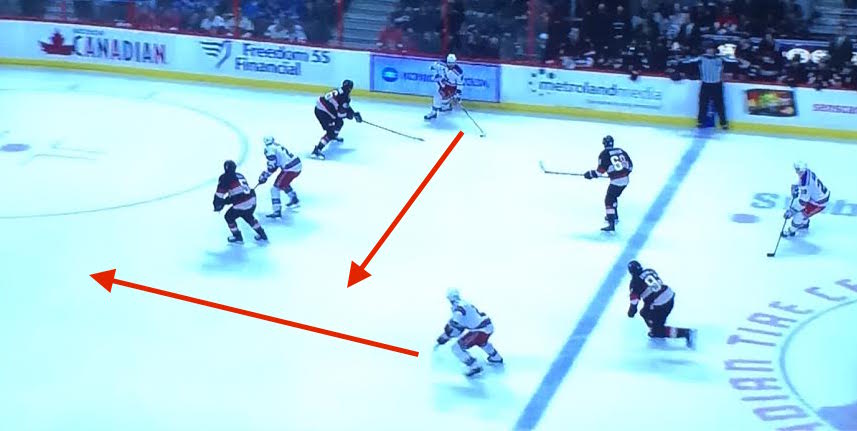 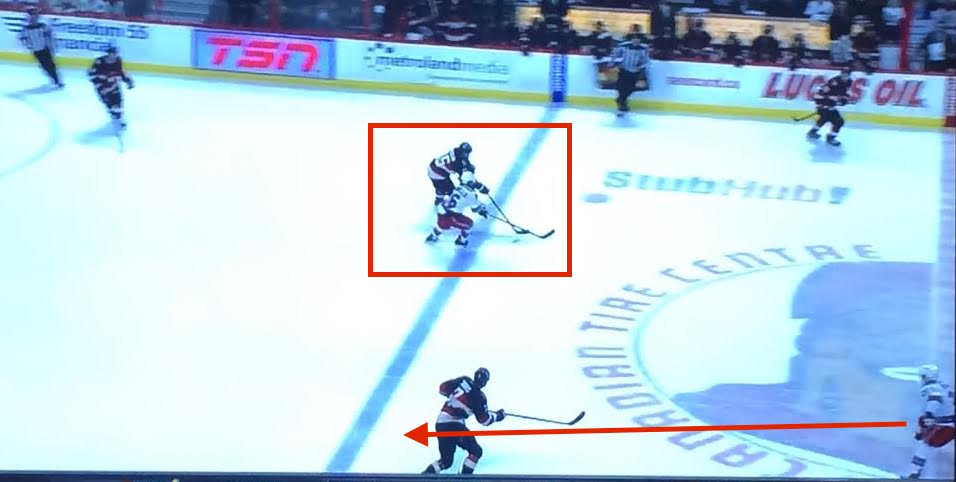 Zuccarello pressured Karlsson at the blue line, forcing him to turn the puck over to Stepan. Hamburglar couldn’t handle Stepan’s wrister cleanly, and Kreider –crashing the net– put the loose puck into the empty net. 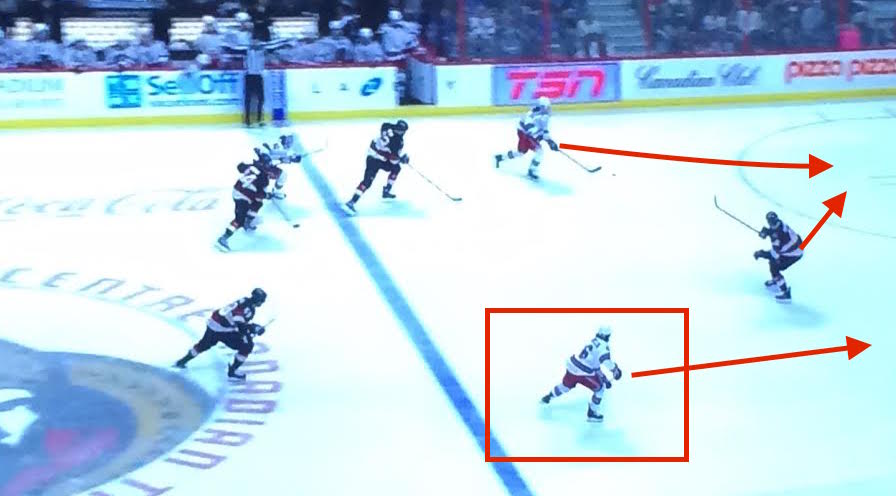 The Sens don’t get the puck deep, which allowed the Rangers to take advantage. Yandle collected the puck and hit Kevin Hayes at the blue line to spring a 2-on-1 with Zuccarello. Hayes dipped his shoulder to fake a shot, got the puck over to Zucc, who beat Hamburglar. 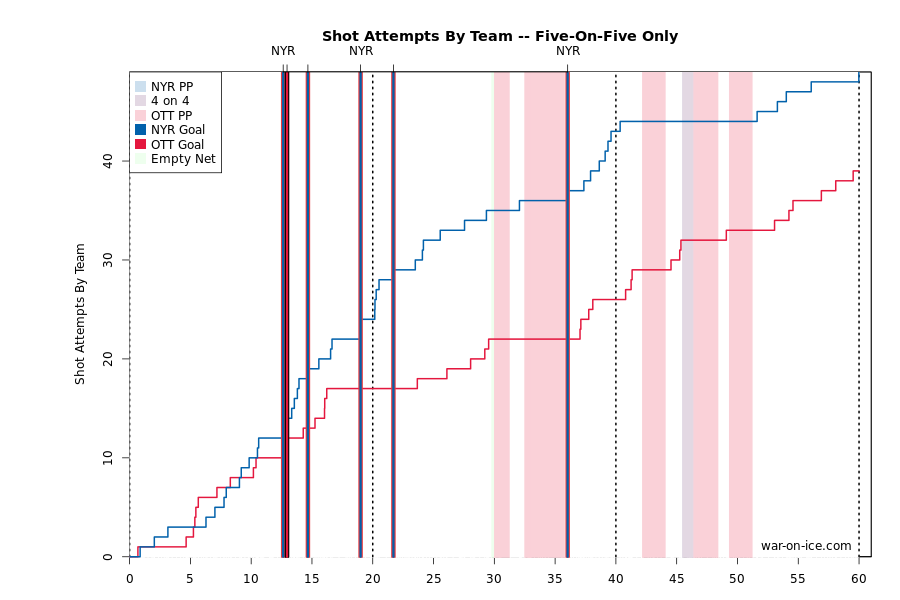 The Rangers didn’t shell, finally, and their dominance in the first two periods continued into the third period. Of course, most of that period was shorthanded or 4v4, but regardless, there was no shell. That’s always good to see. 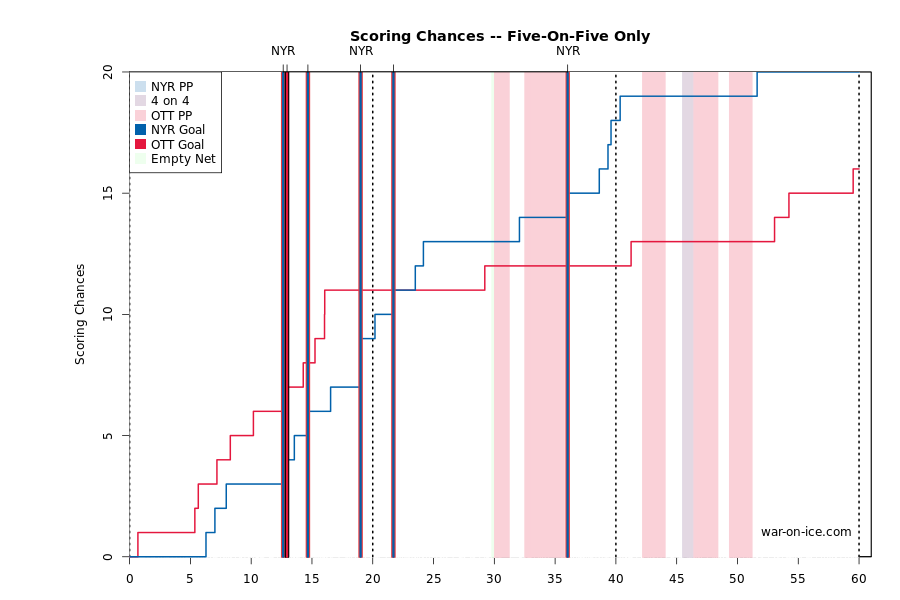 The Blueshirts held the Sens to very few legitimate scoring chances for the last two periods. They played solid defense, forcing the Sens to dump the puck with solid neutral zone play, and kept the puck in the offensive zone, generating chances. 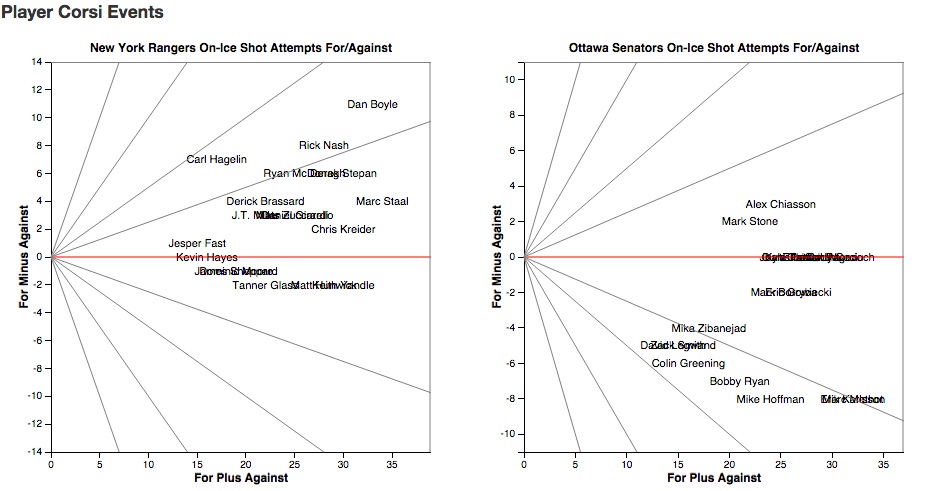 A solid game all around for the lineup.

War-on-ice added dotted line boxes for high quality attempts, which certainly helps with the analysis of this chart. The Rangers really shut down the high priced areas on the Sens. This puts locations to the scoring chances/USAT charts above. 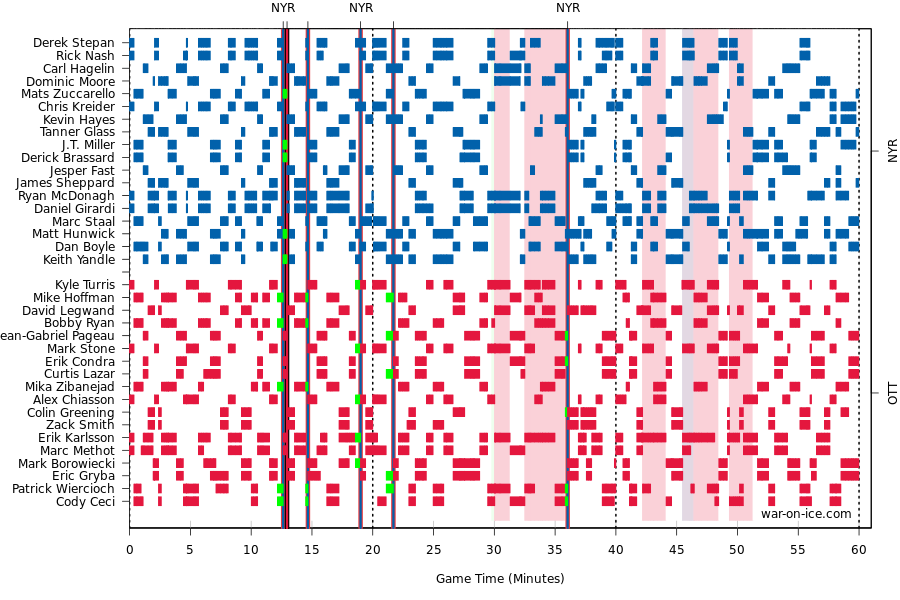