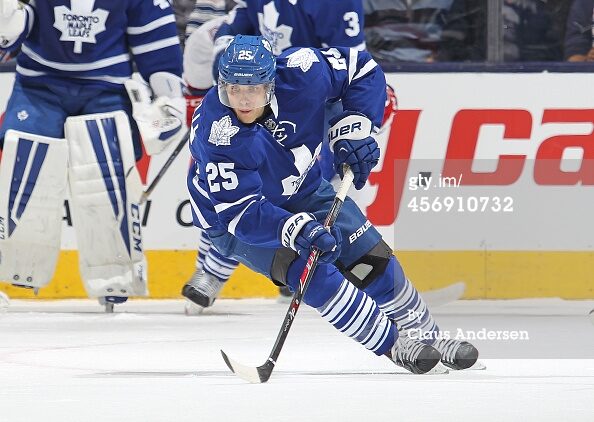 Per Thomas Drance at The Score, Darren Dreger (via Insider Trading last night) mentioned that the New York Rangers are interested in center Mike Santorelli from the Toronto Maple Leafs. Dreger mentioned that the Rangers tried to get Santorelli this past summer, but due to limited cap space, could not seal the deal.

Santorelli has nine goals and 26 points this year while playing all over the lineup for the Leafs. He is also historically a positive possession player (relative to his teammates), and has solid numbers this year on a dreadful Leafs team. Santorelli has faced solid competition in 40% OZ starts and still manages a CF% rel of 1.9%. His raw CF (46.7%) is more a factor of his bad team than his ability.

Santorelli can play wing or center (47.2% faceoff success), so he would be a solid add for a Rangers team that really needs depth.