The mistake of a Marc Staal contract extension 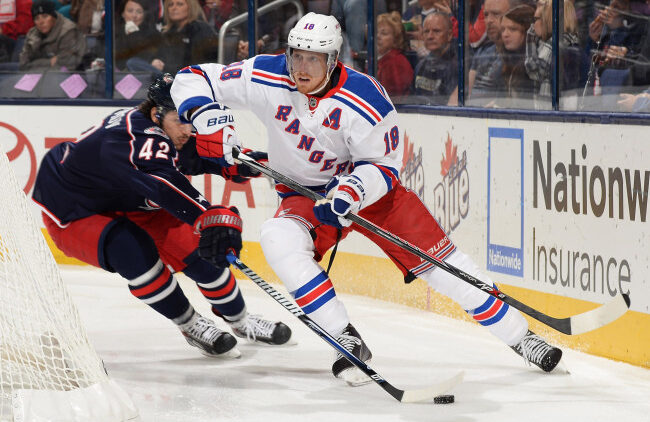 The idea which has been floated around by Rangers beat writers all season that Marc Staal is an extremely important piece of this Rangers team and therefore must be signed to a contract extension is simply not true. Staal is an average to below average NHL defenseman at this point in his career due to, among other things, concussions and the eye injury we all remember very well. Turning 28 in January, Staal is believed to be seeking a six year deal worth $6 million annually, while the Rangers are offering him a deal similar to that of Dan Girardi’s six-year $5.5 million deal. Either contract would be a terrible deal for the Blueshirts.

Beyond the #fancystats Staal just simply hasn’t been the same force on defense he was prior to those gruesome injuries. We’ve seen him get burned, we’ve seen his decision making take a hit, and we’ve seen his overall play diminish.

I would imagine that teams around the league still find value in a player like Staal, however misplaced it may be. He has name recognition, a first round pedigree and has been a part of a relatively successful Rangers team over the past several years. The Rangers should be looking to trade him, not extend him.

If Staal was looking for reasonable money and a short term extension I would be all for re-signing him. But he’s not. With plenty of UFAs and RFAs needing new contracts at the end of the year (Martin St. Louis, Mats Zuccarello, Derek Stepan, J.T. Miller, Jesper Fast), if the Rangers give Staal big money they’re likely going to have to part with St. Louis or Zuccarello, two incredibly important pieces to this team, specifically Zucc.

Glen Sather would be hurting the Rangers for years to come should he give Staal the type of contract the two sides are discussing. A cap-strapped team with young talent that will be lost due to poor decision making and overvaluing defensemen due to their size and strength would make for a pretty bad situation for this franchise as well as its fans. As much as it hurts to see another home grown Ranger leave town, it would be the wise move to make.