The 2014-2015 season marks Henrik Lundqvist’s tenth NHL season. He broke in during the first post-lockout campaign in 2005-2006, and has commanded the Rangers crease ever since. While Lundqvist has been a noted style icon off the ice, his aesthetic choices on it have been far more divisive.

From 2005-2009 Hank was the poster boy for TPS Hockey (formerly Louisville). After an ill-fated merger with Sherwood, the King was scooped up by Bauer Hockey to be the face of their new One100 line, and he has been decked out in the company’s gear ever since.

While training camp has started and we will soon be awash with interesting hockey news and happenings, let’s indulge one more silly off-season post with a brief history of Henrik Lundqvist’s pad choices.

In my opinion, Hank’s TPS progression went from fairly brutal to not half bad over the course of five seasons. The gloves were awkward and they were a little blocky in the details, but hey, mid-2000’s. 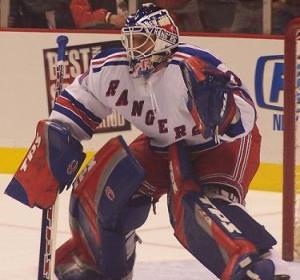 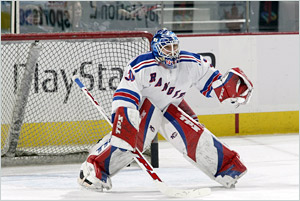 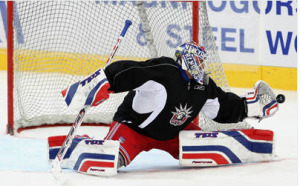 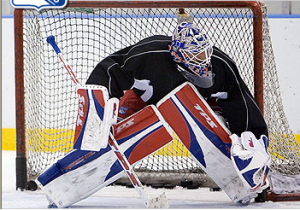 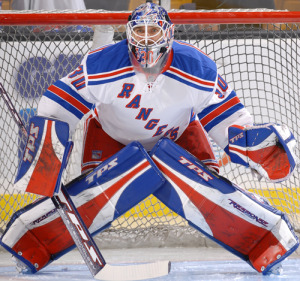 For me, Hank’s nicest set of Bauers were always those first One100’s. They were a fairly fresh design from an industry perspective, plus they worked perfectly with the NYR red, white and blue. He had different permutations of that design until the TotalOne pad was released in 2011. I was never a big fan of the graphic, but the updated TotalOne NXG and subsequent OD1N line were much improved. 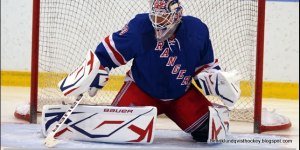 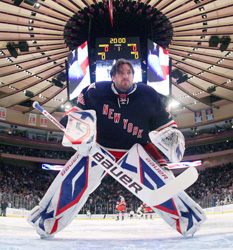 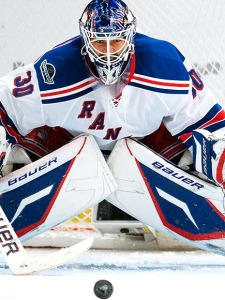 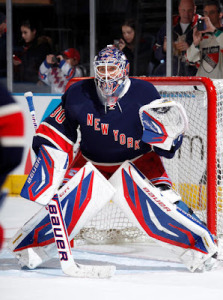 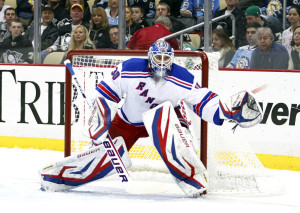 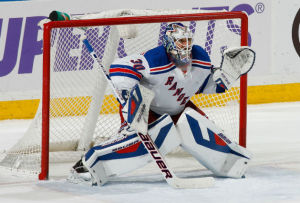 The situational and the almost:

Hank had some very nice sets made for the Stadium Series that he only wore once or twice, plus a few sets that he looked to start seasons with, but almost always ditched them for a more white/blue set up. Oh, what could have been. 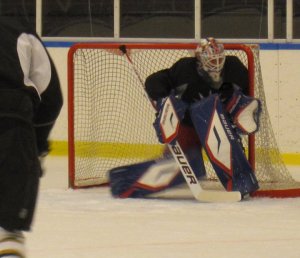 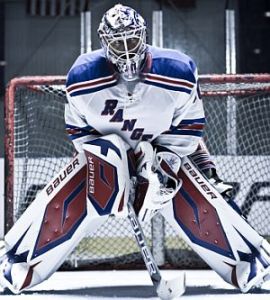 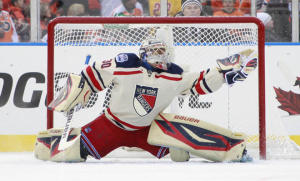 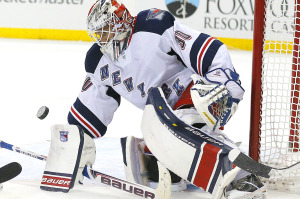 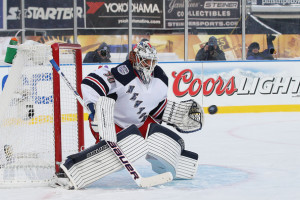 This was a locker room shot of Hank’s supposed set up for this season. Not a huge fan, but hey, what do I know? I’m sure these were hand-selected for maximum marketability. Now, I’ll be curious if he actually starts the season in these. 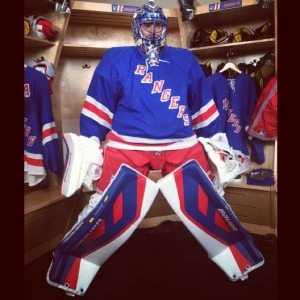 So, what do you guys think? On-ice style icon or fashion victim? Let’s have at least one more senseless debate before the real fun starts…