Method behind the Ranger ‘madness’ 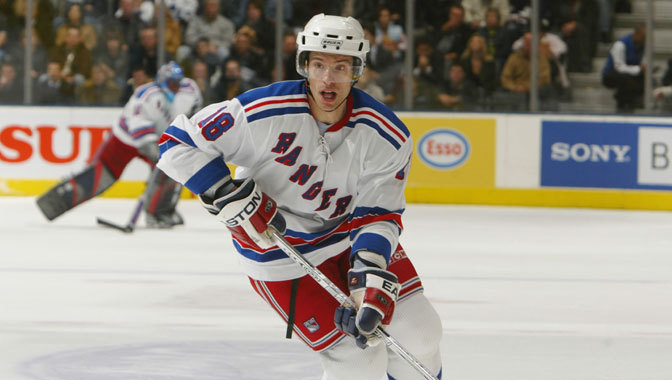 A successful franchise is well built from the bottom to the top. In the cap era a club needs to develop their own, they need to have a solid pipeline and a competitive minor league affiliate. Prospects need to get into the habit of success and the Rangers’ minor league affiliate hasn’t helped in this regard the past two years as the Wolf Pack have failed to get to the post season for two straight seasons.

To many Ranger fans, the Rangers had a disastrous July 1st. They lost popular players in Anton Stralman and Brian Boyle. They added a whole bunch of ‘minor leaguers’, an aging defenseman (Dan Boyle) with a recent injury history as well as a fist swinging bottom line player to an excessive deal. This is all true. However, let’s look at two key issues here; the loss of core players – Boyle and Stralman – and the ‘minor league’ bunch.

Stralman and Boyle are replaceable

Everyone laments the loss of Stralman and Boyle. Rightly so. They have developed into solid NHL players and became core members of the Rangers. However do you remember where they came from? Stralman couldn’t stick with a team and couldn’t do better than a try-out with the Devils; Boyle was a Kings cast-off destined for the AHL, he was a project. There is no reason why the Rangers cannot develop this kind of player again.

With Dan Boyle signed, the next person inserted into the line-up will have sheltered minutes on the 3rd pairing. In a cap world you have to make sacrifices and Stralman is getting far too much money and term from Tampa. At the end of the day, Stralman doesn’t offer anything that is irreplaceable. He offers no reason to panic.

Brian Boyle wanted a bigger role than the Rangers could give. Who hasn’t left a job for the same reasons? The anger aimed at Rangers management for not giving him enough dollars to stick around is misplaced, dollars in this case isn’t an appropriate argument.

The Rangers have prospects ready for the NHL level. Fans bemoan when teams don’t develop prospects. Boyle’s departure creates an opportunity for Oscar Lindberg, JT Miller and/or several prospects in the franchise. This is how successful teams operate in a cap world. They promote from within and spend elsewhere. The Rangers did not need to sign Tanner Glass but the prospects in the system now have a chance to grab a spot in the line up and more youth on the roster can’t be a bad thing… and in’t it ironic how so many people hated Boyle and now can’t bare to see him leave? Why can’t another player develop this kind of emotion in the fan base?

Success on the Farm

Hunwick, Allen, Kostka, Kampfer, Matt Bodie and Dylan McIlrath. The Wolf Pack were bad last year. All of a sudden they have a core defensive unit that should be strong when you factor in this list of names. Some of these players may be in New York but the nucleus will give the Pack an experienced yet young, talented AHL unit.

If the Pack win, if they are better defensively then the Rangers will benefit. Many people don’t want the Rangers to throw blank cheques around during free agency and they didn’t. They carefully added players to the depth chart on short term deals that should benefit every level of the Franchise. Dylan Mcllrath and the likes of Matt Bodie will benefit from having AHL veterans who can defend (better than Aaron Johnson…) lining up alongside them.

The same principle goes for the AHL forwards the Rangers have signed in Chris Bourque and Chris Mueller. Giving the kids some legitimate AHL offense alongside them is a huge aid to their development and don’t underestimate what impact having his brother on the ice could have on Ryan Bourque. Remember, veteran help is part of prospect development, something that Rangers are very aware of.

As of today, the Rangers have lost several popular players and on the face of things they haven’t adequately replaced them yet but the organisation is trusting its prospect pool, and is giving opportunities to younger players while not over committing to players with limited success on their CV’s (goodbye Benoit Pouliot). Are the Rangers in a no-win scenario? Carefully adding developing their minor league system and not over committing to Free Agents sounds like a good idea to me.

Trust the management. After all, they have taken this franchise to two Conference Finals in two years; enough reason not to panic.