Sifting through the wreckage of July 1 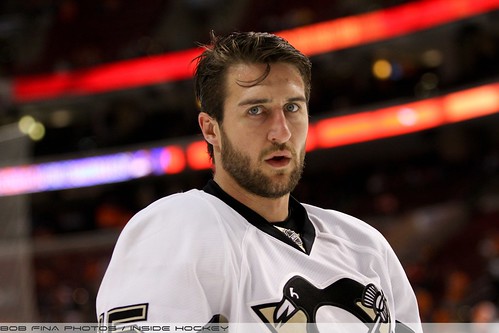 Usually it’s GM Glen Sather that flashes the power of the dollar as he plucks key contributors away from other top teams on July 1, but yesterday it was the Blueshirts that were victimized by the league’s annual spending spree. The unfortunate part of the carnage was that much of it could have been avoided.

The real kicker came towards the end of the day, when the same Lightning that had already re-signed Ryan Callahan and poached Stralman then inked Brian Boyle to the perfectly reasonable contract of three years, $6 million.

In his place, the Rangers added fourth-line winger Tanner Glass for three years, $4.35 million. That’s an inexcusable figure for a guy that has measured out as one of the worst players in the game. It’s even more mind-boggling when you recall that Sather shipped Derek Dorsett to Vancouver in a penny-pinching move on Friday. To sum it all up, the Rangers saved less than $200k in switching from Dorsett to Glass and tacked two additional years onto that abomination of a deal.

Making matters worse, the Glass signing may have prevented the Blueshirts from keeping the forever-underrated Boyle. New York may have been able to fit the giant checking center under the cap even with Glass aboard, but it would have been an easier move to make if they’d skipped out on the 30-year-old Corsi nightmare in the first place.

Boyle made it clear he wanted to stay in the Big Apple, and whether you believe him or not, multiple reports indicated that the Blueshirt brass didn’t even bother keeping a dialogue going with Boyle in decent days. Yes, Boyle’s new wife is from Orlando, and yes, he wanted an expanded role, but how exactly will he get that with the Lightning, which is stocked down the middle with Steven Stamkos, Valtteri Filppula, Tyler Johnson and Jonathan Drouin. Tampa has plenty of better options on the wing, too, so it seems fairly clear that Boyle won’t be getting a major promotion down south. In the end, Sather made this inexplicable decision for Boyle.

New York did manage to retain Dominic Moore at a very fair deal and also added some spare parts in Matt Hunwick and Mike Kostka, but of course the big signing of the day was defenseman Dan Boyle.

That’s soon-to-be 38-year-old Dan Boyle, by the way. Sather’s obsession with the 2004 Stanley Cup champion Lightning (notice any irony there?) burned on when he dished out a two-year, $9 million pact complete with a no-movement clause. The cap number on the Boyle deal isn’t awful, but the extra year is a tougher sell.

Boyle will slide into Stralman’s righty spot on the second pairing with Marc Staal and is expected to be the power play quarterback the Rangers have been missing for years.

Unfortunately, this isn’t the Boyle of 2010-2011. He’s been on a steady decline and the Sharks made no effort to keep him around this offseason. And if you think Boyle’s value is primarily based on the power play, you might be disappointed to learn that 58 players finished with more power play assists than him last season. The power play that Boyle led in San Jose ranked 20th in the NHL a year ago, while the Blueshirts were 15th. And the Rangers’ own power play quarterback – the much-maligned Brad Richards – had 19 power play points (five goals, 14 assists) to Boyle’s 18 (six goals, 12 assists).

Though Boyle is certainly still serviceable, depending on yet another over-the-hill superstar seems like a fool’s errand, especially considering the funds allocated to Boyle could have gone to Mark Fayne or Tom Gilbert, much cheaper options that would have allowed the Rangers to also pursue a legitimate third-line center.

Instead, the team is left with just under $14.6 million with which to re-sign RFAs Chris Kreider, Derrick Brassard, Mats Zuccarello and John Moore. Assistant GM Jeff Gorton didn’t rule out the possibility of adding another bottom-six forward either via free agency or trade, but it seems very likely that New York will instead be forced to rely on at least a couple of players from the unproven group of J.T. Miller, Jesper Fast and Oscar Lindberg (and perhaps Danny Kristo or Ryan Haggerty).

Though many fans frequently call for the team to give the kids a shot, few successful clubs in the league hand youngsters jobs without competition. You don’t have to look farther than Kreider for a reminder that even the most heralded prospects are ready when they’re ready. The Detroit model of not promoting prospects until they’re ready to fit in seamlessly is the gold standard, but New York had a lot of success following similar logic in recent years. Unfortunately, without much money to replenish the depth that was so key to their playoff run, New York probably won’t have a choice but to abandon that plan in the fall.

So the band of brothers that came within three games of the sport’s ultimate prize just over two weeks ago is now ancient history. Major contributors Stralman, Pouliot, Boyle, Dorsett and Richards have all moved on to greener pastures, and in the wake of the rubble is a team that appears much further away from the Cup, at least on paper.

Some of this was bound to happen. But even as a staunch Sather defender, it’s hard to justify July 1 as anything but a failure by the club’s long-time general manager.