Jonathan Quick made 32 saves, including a bunch of outstanding saves that left us thinking how he got that, en route to a 3-0 shutout in Game Three. The win gives the Kings a 3-0 series lead, and puts the Rangers in the precarious position of getting swept and watching the Kings lift the Cup in their house. It is not an enviable position.

Lady Luck played a huge role in this game, as the first two Kings goals came off deflections, while the third came off a blocked pass that took a lucky bounce back. Lady Luck seemed to have a crush on Quick as well, as he made a pair of absolutely ridiculous stick saves on Mats Zuccarello and Derick Brassard. That’s not to discount Quick, who legitimately stole this game, but stick saves like those are 10% skill and 90% luck. But he made the saves when they counted.

On Twitter, a lot of people put this game on Henrik Lundqvist, which I just laughed at. Quick has outdueled Hank, that’s for sure, but Quick has had tremendous support from a team that’s playing like they’ve been here before. Hank hasn’t had that support.

Rick Nash failed to get the puck deep into the Kings zone, allowing them to transition. Slava Voynov hit Justin Williams at the red line, who gained the zone with Jeff Carter. Williams somehow drew both Nash and JohN Moore to him, allowing Carter a clear lane to the net. Williams hit Carter with the pass, and Carter’s shot hit a sliding Dan Girardi, deflecting the puck over Hank’s glove with less than a second remaining in the first. 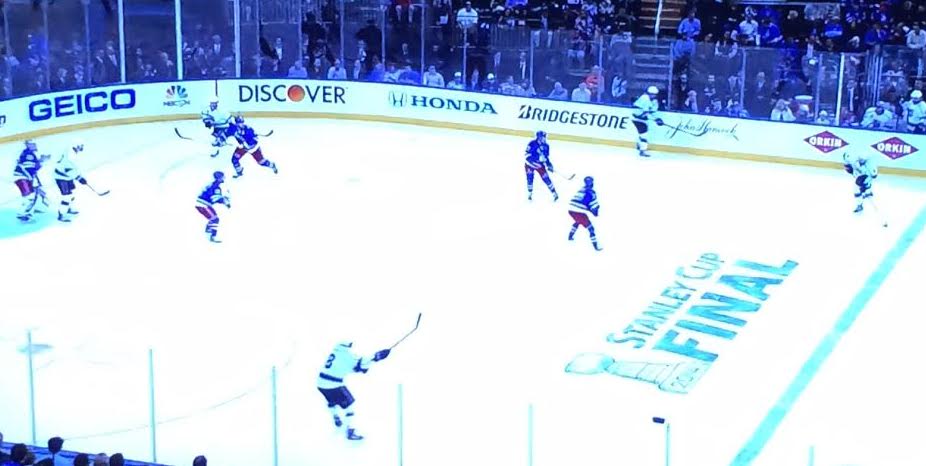 The Kings had a great shift, sustaining solid pressure and puck possession. Eventually, a Jake Muzzin point shot hit off Martin St. Louis and past Hank (with Jeff Carter in front). There was no defensive breakdown on this one, just some good luck for the Kings, which they got all game. 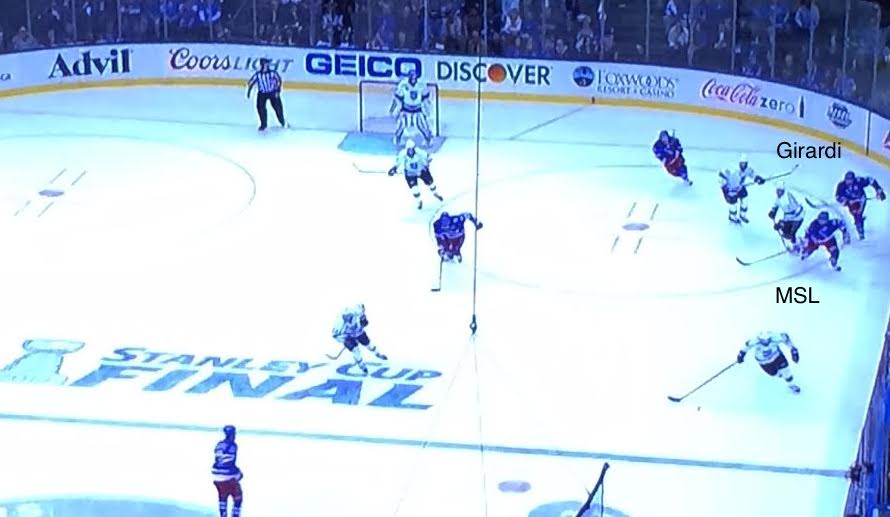 Girardi pinched on this play, trying to get some offense. Marian Gaborik was able to control the puck after the pinch, and poke the puck past St. Louis to Mike Richards for a 2-on-1 with Trevor Lewis. Richards tried to make the pass, but Ryan McDonagh stopped it, only to have the puck go right back to Richards, who buried it past Hank, who was already moving in the other direction from the pass.

That’s a whole lot of score effects. Once the Kings went up by two, they completely shut it down.

The Rangers now face the daunting task of coming back from 3-0 down against one of the best teams in the league, on the verge of creating a dynasty that can rival the Blackhawks’ recent run of success. They came back from down 3-1 to Pittsburgh, so there’s always hope. Even if it’s just a sliver.