Analysis Stats To Chew On

A different way of looking at special teams statistics 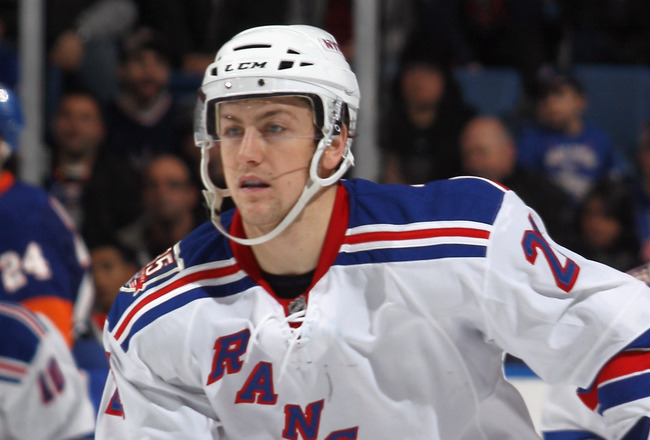 The Rangers went on a bizarre tear in March in which they scored on seven of 41 shorthanded situations, yet managed just five goals in 45 of their own power play opportunities. Obviously that was just a weird anomaly, but it made me realize that the traditional ways of measuring special teams – power play and penalty kill percentages – might not be the best way to assess their impact on winning and losing.

We all know what a huge impact special teams have on individual hockey games, but noting what rate a team’s power play has scored at and how often a penalty kill has surrendered goals over the course of a long season seems kind of silly. The percentage stats put way too much stock on what happened in October, which has no bearing on the present. Plus, those percentage stats don’t factor in shorthanded goals for and against, and we just saw how crucial those were to the Rangers’ success.

Power plays are constantly affected by the same factors that influence many other stats – hot streaks, injuries and dumb luck. Even the worst power play in the league can get red-hot for stretches, while a unit featuring five All-Stars can suffer a lengthy drought. The same goes for PK units.

In my eyes, the real purpose of special teams statistics should be to measure what affect they have on a team’s record. The Devils just missed out on the postseason because of their unfathomable 0-13 record in the shootout and there have been plenty of other examples of the skills competition dictating which teams make the playoffs. You’d think special teams would have an even greater impact on a team’s success over the course of the season since they’re a factor in literally every game.

So, I thought it might be interesting to tabulate how many goals each team scored on special teams, minus how many goals they allowed. That number should paint a much clearer picture of how special teams have impacted a team’s win/loss record than the percentage stats. After all, goal differential is a playoff tiebreaker and is surely heavily influenced by special teams.

This isn’t meant to sound like a complicated #fancystat, but I tried something a little different with the existing special teams statistics. This chart shows how each team actually did this year on special teams (power play goals for – shorthanded goals allowed – power play goals allowed + shorthanded goals for). I highlighted where each of the 16 playoff teams finished in the new rankings: 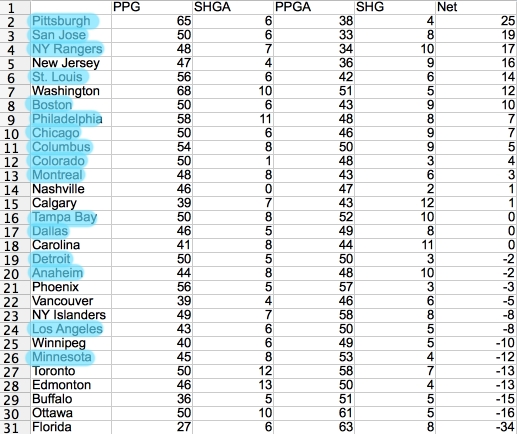 Obviously, this is not a foolproof test. The numbers can easily be skewed because certain teams get way more opportunities on the power play and make more frequent trips to the penalty box than others over the course of the season. But since there is value in players and teams that draw penalties and stay disciplined, this shouldn’t be disregarded even though it’s a “counting stat.” Special teams goal differential does seem to be a little more accurate in determining season-long success than the traditional power play and penalty kill percentage rankings: 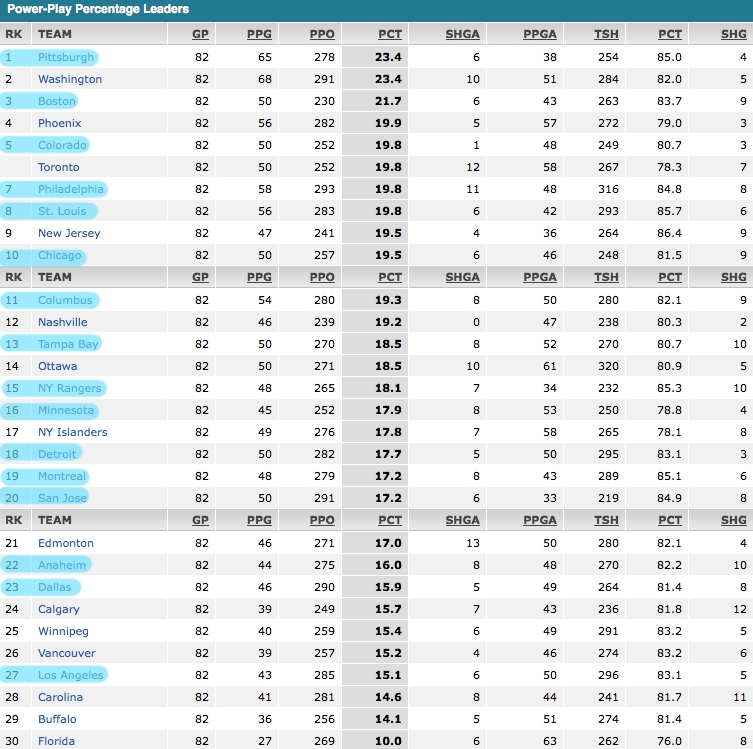 The Rangers’ power play ranked 15th in the NHL with an 18.1% conversion rate this season 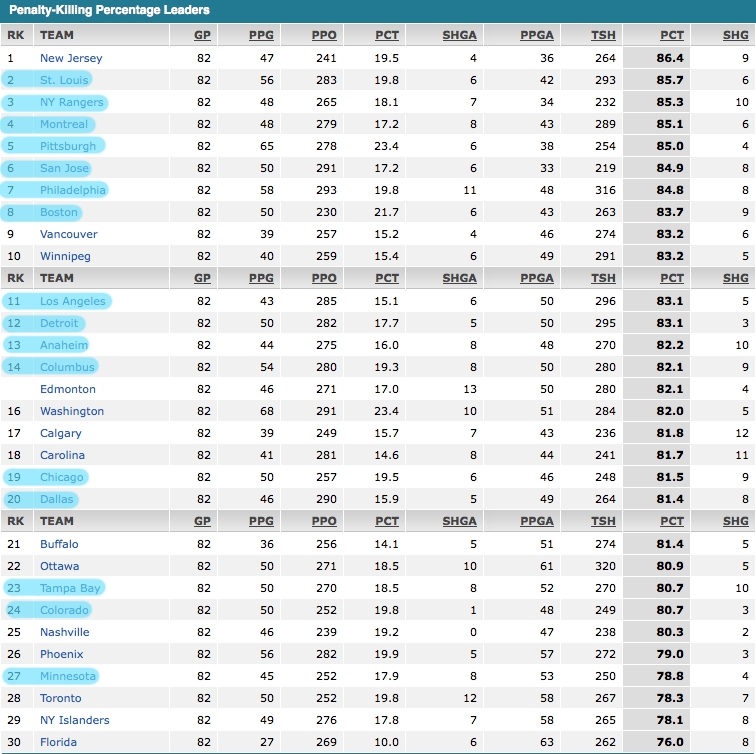 The Rangers’ penalty kill ranked 3rd in the NHL with an 85.3% success rate this season

Still not convinced that the special teams “battle” is more indicative of success than season-long percentages? Consider this: the Rangers were 20-2-2 when winning the special teams battle (scoring more power play goals plus shorthanded goals than their opponent) this year, but just 4-10-0 when losing the battle outright. New York was 21-19-4 when “drawing” the special teams battle with opponents. I’d love to go back and check on that for each team, but I haven’t found a time-saving way to do that other than going through all 30 team schedules…no thanks.

To me, it makes much more sense to gauge whether a team’s power play and penalty kill are hot or cold at any given point in the season rather than factoring in how they were performing months ago. The go-to special teams stat should either be something like the goal differential idea I outlined, or a measure of how many times each team won and lost the special teams battle during the course of a season.

Categorized: Analysis Stats To Chew On