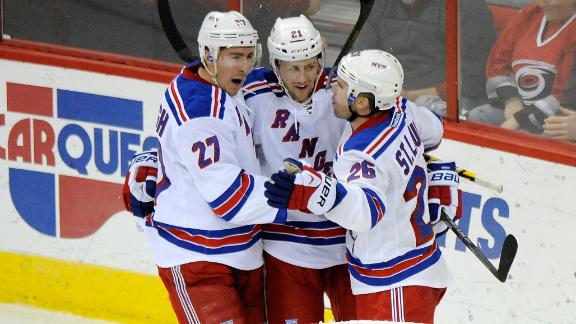 The Rangers came into last night’s game on a three game losing streak and in desperate need of two points. They did just that by scoring four times in the third period, erasing a pair of one-goal deficits in the process. New York peppered Anton Khudobin with 44 shots, finally solving him in the third period. Henrik Lundqvist made 22 saves, and the two goals were shots in which Hank had no chance.

Martin St. Louis recorded his first point as a Ranger, assisting on Derek Stepan’s powerplay game winner. The defense didn’t allow the Canes to register a single Fenwick event after gaining a 3-2 lead, which is a very impressive feat. Another impressive feat: With the shorthanded goal tonight, the Rangers scored three straight shorties in the past two games. 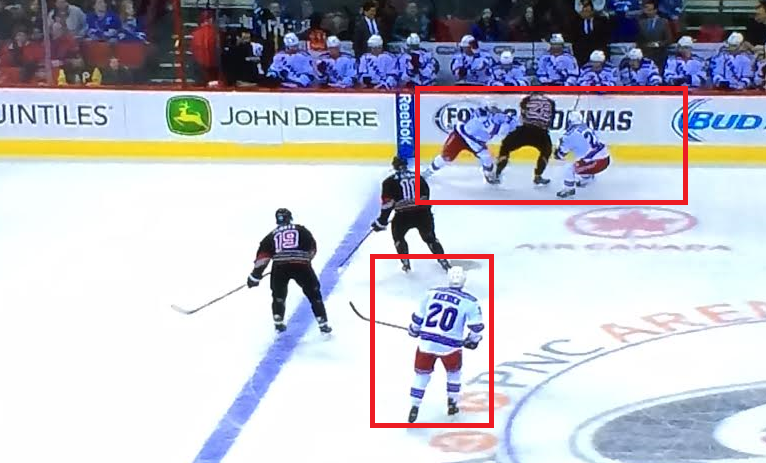 Ryan McDonagh and Derek Stepan went to Alex Semin at the bench, leaving Jordan Staal and Jiri Tlusty available for a rush into the zone with just Dan Girardi back, as Chris Kreider didn’t cover for the two Rangers. Once Semin chipped the puck to Staal, it was an easy rush. Staal’s shot was a very well placed rocket over Hank’s glove. 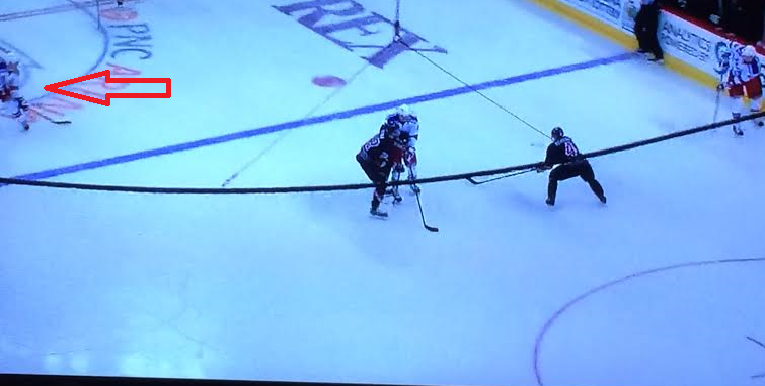 Rick Nash collected the puck in the corner of the defensive zone and led a shorthanded rush with Stepan. Although both Carolina defensemen were back, McDonagh was able to join the rush as the trailer, beating a completely gassed Eric Staal. Nash hit McDonagh with the pass, and his shot beat Khudobin five-hole.

Jeff Skinner scored on a penalty shot. No breakdown necessary. 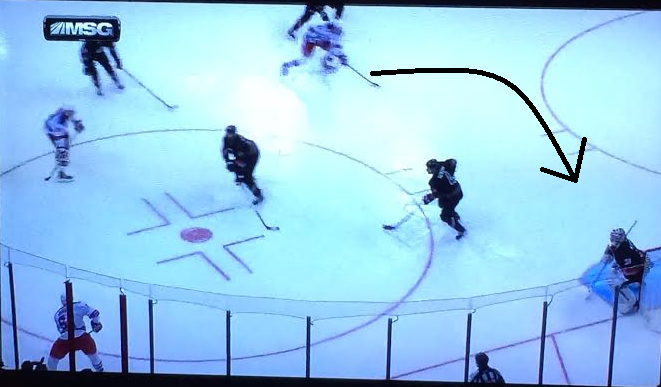 During a 4-on-4, John Moore did a good job of keeping the offensive zone by backhanding the puck to Stepan along the boards. Stepan hit Nash down low while Moore circled around and cut to the net. Nash’s pass to Moore hit Andrej Sekera’s stick in the slot and deflected into the net. 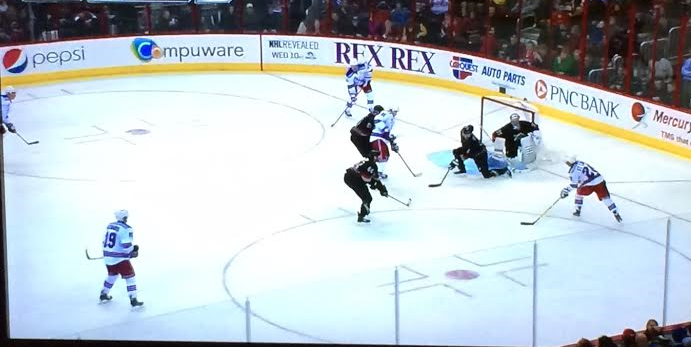 The Rangers had some good puck movement on this 5-on-3, but were very limited on quality scoring chances. Eventually St. Louis collected the puck down low, and threaded the needle through the crease to Stepan on the back door. Stepan roofed it for the eventual game winner. 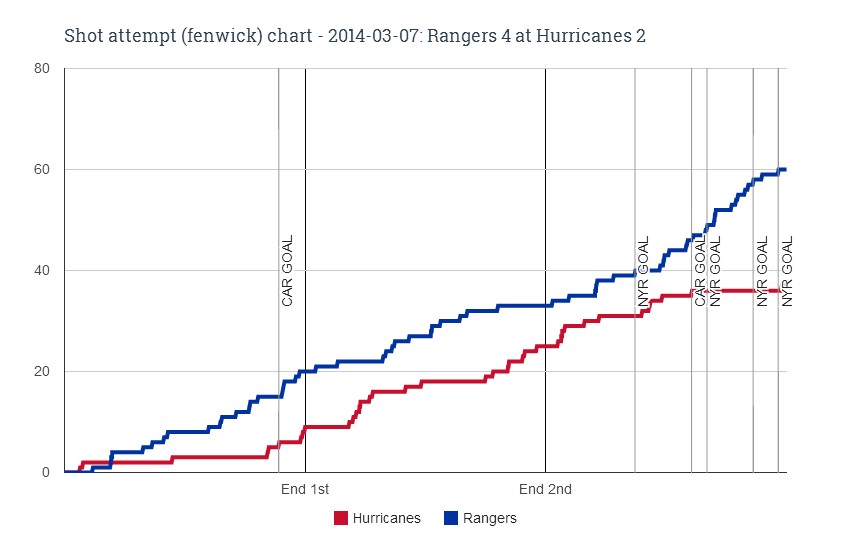 As mentioned above, the Rangers absolutely dominated the Canes from a puck possession standpoint. They held a 63% Fenwick advantage in all situations, even strength, and 5v5 close. Perhaps the most impressive part of this is that the Rangers held the Canes without a registered Fenwick event for the final 2:46 of the game after taking the lead on the 5 on 3. All in all, it was a solid game for the Rangers.

This was a big win for the Rangers, who desperately needed two points to stay in the top three in the division. The four goal explosion in the third period is hopefully a sign of good things to come, as the Rangers have just one even strength goal since the Ryan Callahan trade. The next game is Sunday afternoon against Detroit and represents another four-point swing game against a team the Rangers may need to beat out for a wild card spot.