Analysis Goaltending Stats To Chew On

GSAA: a step in the right direction, but hardly essential 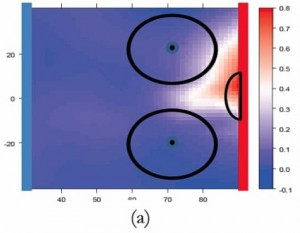 A little over a week ago, one of my go-to publications, InGoal Magazine, released an interesting article, entitled GSAA: An Essential Statistic for Evaluating Goaltenders, touting a new advanced metric for analyzing goaltending, called GSAA (Goals Saved Above Average).  The author, Greg Balloch, does a nice job of breaking down the specific methodology that goes into determining how many goals a goaltender saves above the league-average.  Here is Greg’s explanation of the mechanics from the article:

You take the league’s average save percentage and apply it to the amount of shots a particular goalie has faced. You get a number of goals that the average goalie in that league would have surrendered if they faced the same number of shots as the goaltender in question. That number gets compared to the number of goals surrendered by that goaltender, and a plus/minus is created. If a goalie is in the positive, that is how many goals they have saved compared to a league-average goalie. If they are in the negative, then it is safe to assume that they are performing worse than how a league-average goaltender would perform in the same situation.

He discusses the application of this stat in the same context as WAR in baseball.  For those unfamiliar with WAR, here is a link to Fangraphs’ explanation of the formula.  While I agree with Greg that conceptually GSAA is similar to WAR in that it creates a quantifying statistic as it relates to league average production, it still lags far behind its baseball counterpart.  WAR is an aggregate formula which incorporates several other advanced statistical calculations with their own independent formulas and creates a snapshot of production in relation to the rest of the league.  There are statistically significant variables calculated into the individual formulas of the components of WAR, and thus is much more reliable than the fairly context-neutral GSAA.  GSAA simply normalizes save percentage over a consistent amount of shots.

Greg does a similarly nice job pointing out the pro’s and con’s of the application of GSAA, but these pro’s are very anecdotal and not statistically significant due to the lack of context.  Sure, you can make an assessment of how much a team relies on a goaltender based on this stat, or who is being pummeled on a nightly basis, but it doesn’t really tell you anything about how well the goaltender is playing in a higher shooting environment due to lack of shot quality, location analysis, or game context data.

Thus far, no advanced statistic has been able to really get at the essence of goalie analysis, and although GSAA can be useful in limited contexts, it still isn’t accounting for nearly enough variables to be reliable in advanced scouting or predictive analyses.  Yes, it’s better than GAA or raw Save Percentage.  However, while it does have its place amongst valuable statistics, in this goaltender’s opinion, it is far from essential.