The Rangers couldn’t salvage the split in Washington, and are now heading home to New York down 2-0 in the first round. Mike Green’s overtime winner wasn’t a backbreaker for the series, but the Caps have all of the momentum on top of dominating the Rangers for a second straight game. This game wouldn’t have even gone to overtime if Henrik Lundqvist wasn’t phenomenal. This was the game he could have stolen for them, but the Rangers couldn’t finish.

After a two-minute shift by Ryan McDonagh, the young defenseman made a very careless mistake and flipped the puck into the stands, an “automatic” delay of game. With the Caps on the powerplay, they set up in their 1-3-1 with Green, Alex Ovechkin, Nick Backstrom, Mike Ribiero, and Marcus Johansson and did what they did at an almost 27% clip during the regular season. 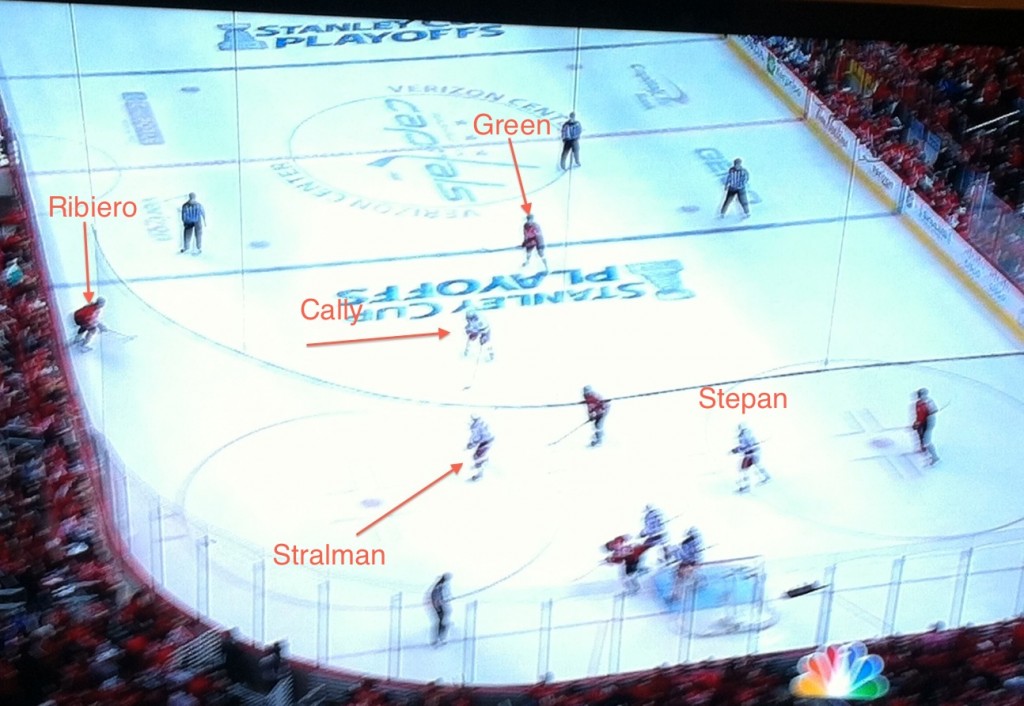 Once the Caps set up (picture above), you can see Ribiero at the top of the circle, and Green at the point. The Rangers lined up in a diamond, which is standard practice to defend the 1-3-1. Green got the puck to Ribiero, who held the puck for a second or two, then wound up for a shot. 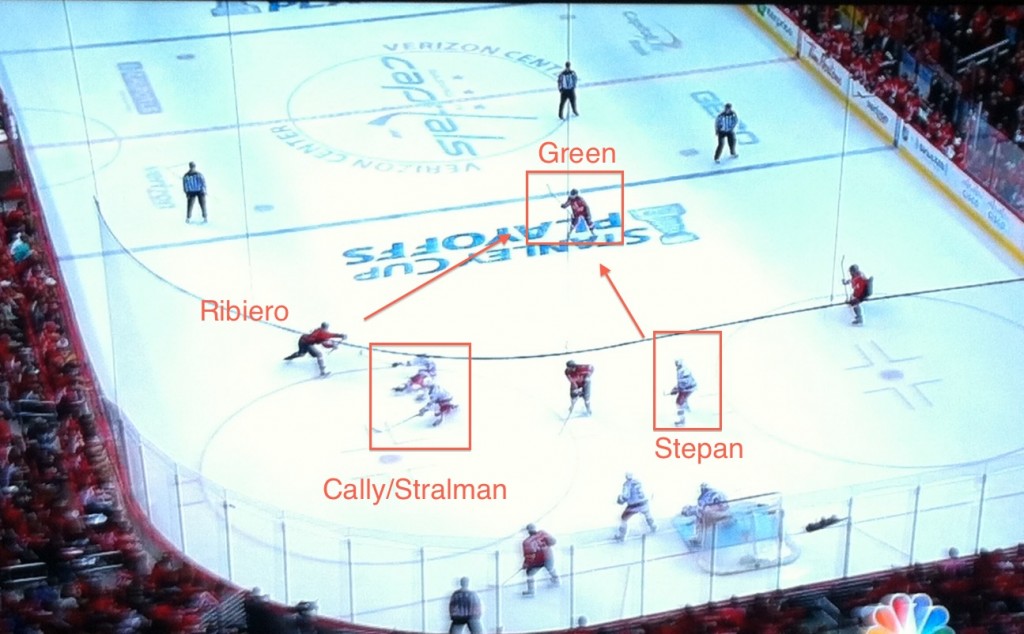 Two slide over, Stepan moves up.

As he was holding and winding up, he drew Anton Stralman (who was a shade too high) and Ryan Callahan to him. When he drew Cally, it opened a passing lane and a wide open shooting lane for Green (second picture). 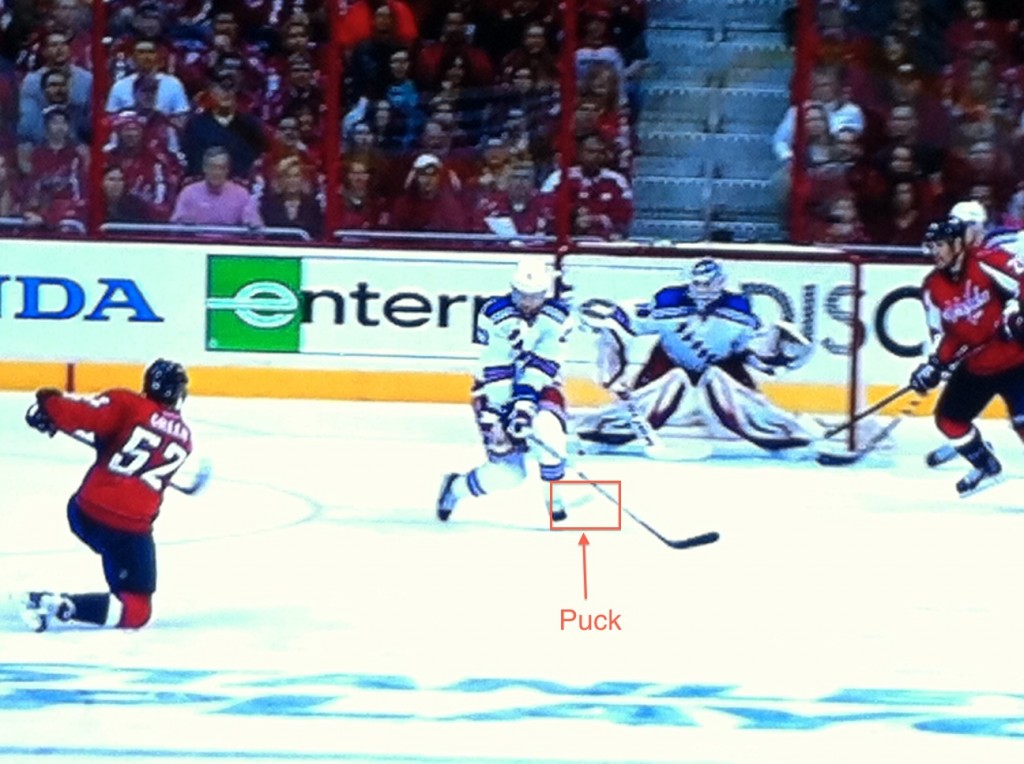 Deflects off Stepan’s stick past Hank.

Derek Stepan noticed Cally moving towards Ribiero, and moved up high to get in the shooting lane. But unfortunately, he didn’t get all of the shot. He deflected the puck just enough to beat Hank glove side, ring off the post, and go to the back of the net.

Since there was only one goal, here are a few random thoughts from the game:

The Rangers needed a split, but now they head to MSG down 2-0. They aren’t done yet, but they need to hold serve on home ice. In order to do that, they need to stay out of the box, and capitalize on their chances. In a short series like this, execution is the only thing that matters. If they can’t execute, they won’t win, no matter how much better Hank is than Holtby.