The Rangers may have a log jam of forwards this summer 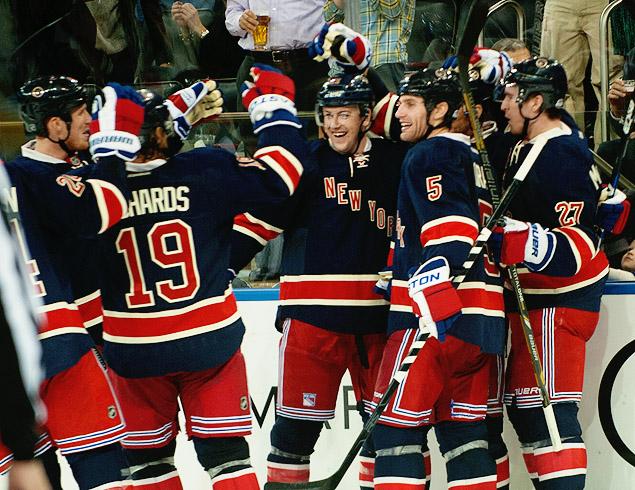 Up front, the Rangers will have a lot of moving parts this summer beyond their top six. With Carl Hagelin and Derek Stepan certainties to be retained (a question of how much rather than if) and the club focused on developing the young players such as Chris Kreider and JT Miller, there’s not a lot of space on the roster. With the club committed, at least financially, to Derick Brassard, Derek Dorsett, Brian Boyle, Arron Asham, and Taylor Pyatt there’s maybe no space for the likes of Mats Zuccarello, no matter how he plays this year out.

The natural assumption is that the Rangers will trade guys to make room for others. But the problem with this assumption is that the cap is coming down to $64.3 million, and assuming the Rangers can move a now expendable guy such as Taylor Pyatt (and his $1.55 million cap hit) is a dangerous assumption. There’s also no guarantees the club can move a Boyle or a Pyatt should they choose to. Now, do the math. That’s ten players listed without considering Ryane Clowe, Rick Nash, Ryan Callahan, Brad Richards and Darroll Powe. That’s also not considering any players from the Whale, CHL, Europe, NCAA, or free agency. Log Jam folks.

The Rangers roster has a lot of upside, but plenty of question marks. Glen Sather will also have to consider beyond next season. The irreplaceable Ryan Callahan will need a new (expensive and long term) contract. The club will also need to figure out how to keep Dan Girardi to a reasonable contract, in addition to maintaining a solid defense around the blue line leader. Plenty of question marks then for the Rangers.

While the Rangers’ season is gathering momentum, speculation will begin soon enough as to what the next edition of the Rangers will look like. The first issue may be clearing the log jam up front. They can’t address this now, but the draft and the offseason are going to be interesting to watch.