It’s about execution, not coaching 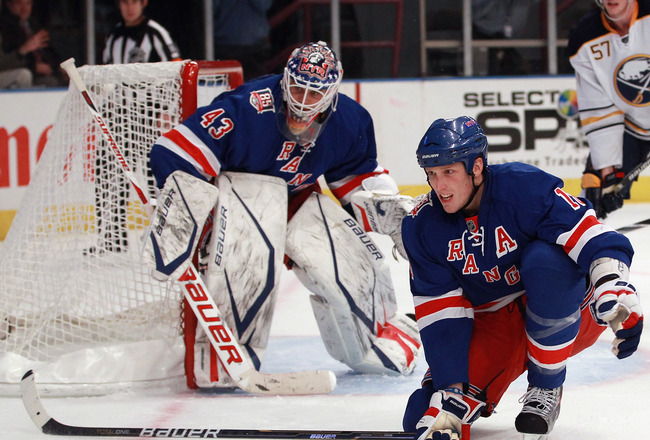 The Rangers succeeded last year because they executed. They followed the system, they executed and they won. Many are looking at the coaching staff for the three game slide, but in reality it’s about execution from the players.

It’s been widely known that coach Tortorella uses a 2-1-2 forecheck, which is not a defensive system. It’s a bit of a misnomer, stating that Torts does play defense first. Many assume that defense first means trap, but our system is the exact opposite. The 2-1-2 means aggressive forechecking to create turnovers. It means attacking, not sitting back. I am not sure how attacking translates to stifling players ability to produce offense, as some angry fans have suggested.

In reality, this team does not need to change coaches or systems. They just need to outwork the opposition below the dots. When executed perfectly, it’s a system that creates offense (i.e., turnovers create offense, zone time leads to offense). This style was working when the Rangers were on winning streak, as they consistently sent two-three men deep to force turnovers and create offensive chances down low. This benefits offensive players.

Looking at some stats, the Rangers are one of the top teams in the league at generating shots and shot attempts. How exactly is the system stifling the players if the Rangers are able to put the puck towards the net? In other words, the system is working as they’re in the right positions and they’re generating chances, but they are not putting those chances away. Execution is on the players. With that said, if they continue to put pucks on net, their goal totals will eventually catch up.

Let’s also remember that this club had a lot of turnover with no preseason to get adjusted to new teammates and for some, a new city. When that happens, the newer Rangers need more time to get acquainted with playing hockey in NY. For most, it is not an easy transition, especially with the key injuries the Rangers have had. When there is this much turnover, time is required to adjust.

Adjustments take time. This is a process that requires patience. Unfortunately, patience also requires living through mistakes. Yes, the Rangers have had a slump, but the big picture is a Cup. If the system itself is followed, the wins will come. Just ask Joel Quenneville. Chicago fans were itching to get rid of him last season when the B’hawks were struggling. Look at them now. Same coach, same system, better execution. Patience is a virtue, even in a long season.