Ever since the Philadelphia Flyers elected not to challenge Tampa Bay’s 1-3-1 forecheck, I’ve been reading a lot of erroneous things about the 1-3-1, neutral zone traps and just hockey tactics in general. The last thing I’d ever want is for misinformation to be percolating into the minds of Rangers fans, so if you have a few minutes, let me take you through a more in-depth look at what exactly the Tampa Bay Lightning are doing and how to beat their formations.

To simply write off the 1-3-1 as this decade’s version of Devil’s hockey is not giving Guy Boucher enough credit. As I said in my hockey system’s post, the 1-3-1 can be both a defensive schematic and an aggressive one. It all depends on where the puck is located in the offensive zone and whether or not the opposition has complete possession. 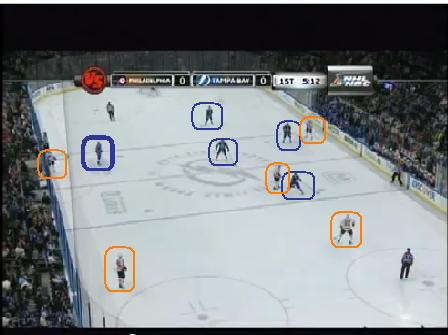 For instance, in the photo above, which was taken from the recent Flyers/Lightning game, you will notice that the puck is not in deep and the Flyers have clear possession of the puck (the right defensemen). In this instance, the Lightning (circled in blue) do not want to forecheck. Instead they trap the neutral zone and wait for the puck to be brought up ice where they will attempt to turn the puck over.

So how do you beat this scheme? The same way you beat Boston’s 1-4 or the Devils 1-2-2… dump and chase or attack the neutral zone as a unit with short passes, as seen here.

Now in this photo against the Caps the puck is in deep and the Caps d-man doesn’t have clean possession. Tampa reacts and forechecks aggressively in that same 1-3-1 formation. You will notice that there is half a blue circle off to screen right. That is where the Lightning’s right defensemen has pinched in to provide support. 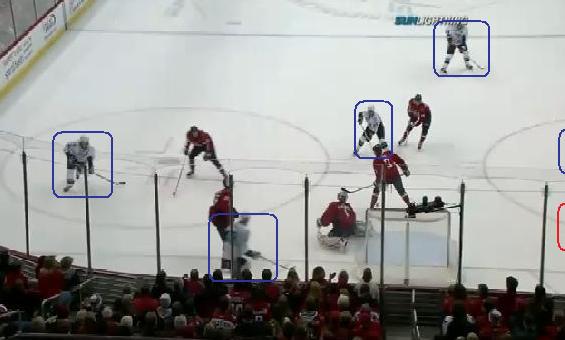 Here Malone wins the battle down low, feeds whoever is at the left circle, who then feeds St. Louis in the slot for an easy goal.

So that’s the 1-3-1 in a nutshell. You can either try to beat it or you can do what Mike Milbury did and walk off the set in protest. Seriously, how does this buffoon still have a job?