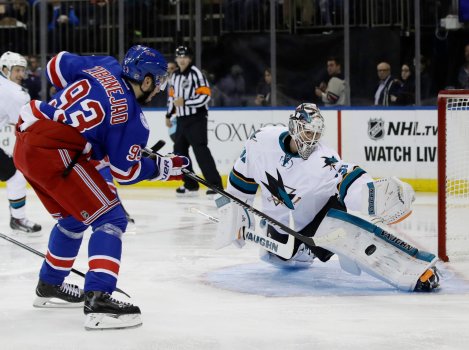 Another day, another game against a team the Rangers should beat. They haven’t done well against these teams, laying eggs when they really need two points. There is no panic, but there is certainly frustration, and it is warranted. The Rangers are playing down to their opponents while trying to figure out their shooting and consistent scoring.

Zac Jones is back in the lineup, which may help given the Rangers really only have one true offensive defenseman on the team in Adam Fox. Jacob Trouba gets shots through and creates rebounds, but he’s not a noted puck mover. They need more than just the first pass out of the zone. They need someone else who can read the defensive system and create offense.

James Reimer gets the start.