Would the Rangers waive Ryan Reaves? 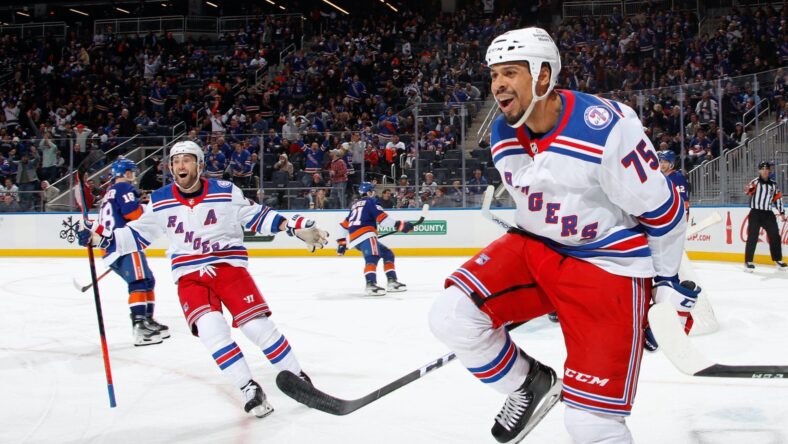 Would the Rangers waive Ryan Reaves? He has certainly become one of the most popular Rangers since coming to New York via trade two summers ago. From his boundless positive energy to his now iconic “Shesty, release us!” bit, Reavo has certainly brought the vibes. However, it looks like his days as a Blueshirt may be numbered.

On this week’s episode of Live from the Blue Seats, Dave, Rob and Becky (welcome back!) discuss Reaves’ future. With a fully healthy roster and very little cap space to deal with, Reaves appears to be the odd man out, though Sammy Blais is a candidate to be waived as well. The gang also steps back and takes stock of the first month of the season, talks the Trouba and Halak haters off the ledge, and answers some great fan questions.

Follow the show on Twitter @BlueSeatsLive and be sure to submit your question for next week’s show!