Best options for your DFS Hockey lineups for 10/13 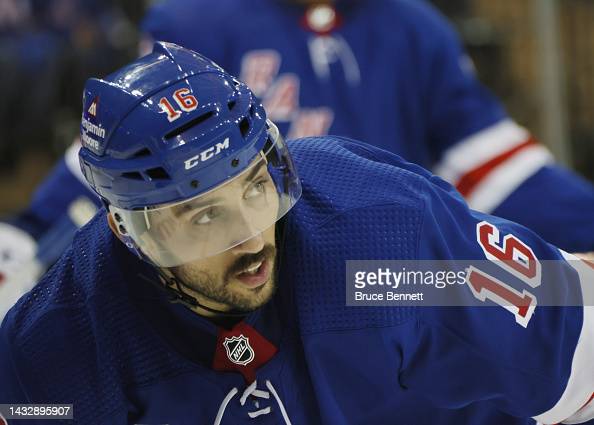 We have our first large scale slate of games tonight, with 20 teams taking the ice. After dipping our toes into the DFS hockey showdown and small game slates, it’s time to ramp this up and start setting ourselves apart with our DFS hockey lineups for 10/13.

First things first, as we always talk about, you need to know which games to target. High scoring, back and forth games are the ones that have the highest probability of shooting out. This was the first rule in how to win at DFS hockey. It is easier to be right about 3 things than 9 things. So you pick the games with the highest over/under, and you stack stack stack.

On today’s slate, there are five games with an over/under of 6.5 goals:

Not all 6.5 total points games are created equal, so we will want to look a little deeper. It doesn’t take a rocket scientist to realist that Vegas/Chicago and Arizona/Pittsburgh likely won’t be close. But Vegas and Pittsburgh have the highest implied lives (total points minus point spread). at 4.4 and 4.5 goals apiece. Toronto is next at 4.2, and the Kings at 3.8 (total points is 6, not 6.5).

Note: These implied lives are ever-changing. Check back often.

Make sure you know who is starting in net. This is required for your lineup –nothing is worse than selecting a goalie who didn’t play– and for seeing which teams may get a favorable matchup. Remember, these betting lines are made before starting goalies are announced.

It’s simple: Your DFS hockey lineups for 10/13 should have a goalie with a favorable matchup (know your scoring!).

Tristan Jarry and Logan Thompson represent your sure fire options for wins in your DFS Hockey lineups for 10/13. They are in net for good teams against bad teams and bad goalies. There’s not much else to it.

Ilya Sorokin is the type of goalie that will exploit the DraftKings scoring. Florida shoots it a metric ton. The Isles don’t have an offense to speak of. But they still have a solid framework on the blue line and some of Barry Trotz’s old systems in them. Sorokin is going to get the Henrik Lundqvist treatment. He’s risky against a good Florida team. But he good enough to steal a win and get you the 35 save bonus on DraftKings.

Florida is favored, which may make Sorokin a sneaky contrarian play in tournaments.

Anton Forsberg proved himself a starter last year, and now Ottawa has made major moves to jumpstart their rebuild. They have great talent up front, but still lack forward and defense depth. Buffalo is no pushover anymore, but is still starting Craig Anderson in net. If all else is equal between these two teams, then Forsberg is the difference, again giving you the best combination of a win and a 35 save bonus on DraftKings.

Stack forwards in your DFS lineups for 10/13

Stacking wins big money tournaments. If you have Chris Kreider in your DFS hockey lineups for 10/13 and he scores, it’s more likely you’ll have an assist from Kaapo Kakko or Mika Zibanejad, or someone on the same powerplay. You can double and triple dip on your goals. Start with identifying your centers, as they are the core of your stacks.

He’s Auston Matthews. If you can fit him into your DFS hockey lineups for 10/13, do it.

Jack Eichel is Vegas’ 1C, playing top 5v5 and powerplay minutes. He played 17 minutes, scored a goal, and took 7 shots on goal against an underrated Kings team. Now he gets Chicago, who is playing Jarred Tinordi in 2nd pair minutes.

Eichel plays with Reilly Smith ($4,200) at 5v5 and on the powerplay. Access to both for $10k with one of the highest implied lives on the slate? Yes please.

Elias Lindholm put together the quietest 82 point season last year we’ve ever seen. People are off Calgary because they lose two-thirds of their top line, but they are still a skilled, deep team that is favored and at home. Colorado also has questions about goaltending, with Alex Georgiev behind handed the starters job for the first time in his career.

This game could shootout, and Calgary has a surprisingly high implied live of 3.4. That offense will run through Lindholm this year, and there’s a good chance his ownership in larger field tournaments will be down.

Lindholm stacks will be expensive, as both Tyler Toffoli ($5,400) and Jonathan Huberdeau ($6,900) are expensive for wingers. You will need to find other value plays.

Until proven otherwise, Crosby is still a top center in the game and will be an integral part of your DFS hockey lineups for 10/13 and almost every other night. He makes his wingers better, he plays top powerplay time, he plays on the penalty kill. He’s always on the ice in a cupcake matchup against the Arizona State Coyotes. Jake Guentzel, his best stacking option, is priced up at $7,800.

Crosby is too cheap, but Guentzel needs to do a lot to hit that price tag value. Given their opponent, it’s doable. The price makes it contrarian. Many will go to Evgeni Malkin, who is $600 cheaper than Crosby, as he can be stacked with a $3,600 Jason Zucker.

Vincent Trocheck plays PP1 and L2 minutes with a revitalized Artemiy Panarin. That alone is enough to make him a bargain almost every game he plays. The Rangers took it to Tampa, and it was only Andrei Vasilevskiy that kept that game close. Trocheck is going to have a monster year, it’s just a matter of when that line breaks through.

Trocheck is easily stacked with a still too cheap Panarin ($5,600) and Alexis Lafreniere ($2,600), who might be the best bargain on the entire slate. This game carries “only” 6 goals for total points, and the Rangers are traveling for Minnesota’s home opener.

Defense is your best bet for a punt play for your DFS hockey lineups for 10/13, if you find the right player. Each blocked shot is worth points, plus a bonus at 5 blocked shots. TOI trumps all though, as you can’t earn points if you aren’t on the ice.

Roman Josi led Nashville in SOG and blocked shots last season, and he’s picking up right where he left off last season. Expect Josi to exploit a weak Dallas team. His price and mediocre first two games may score others off. There’s enough value on the slate to pay up for Josi.

Shea Theodore may play second fiddle to Alex Pietrangelo, which keeps his price down and makes him a bargain. He played 22 minutes in Vegas’ win over the Kings the other day, he also got the PP1 minutes over Pietrangelo, which is something worth watching.

Theodore is also stackable with Jack Eichel, giving you a creative way to correlate while finding bargains in your DFS hockey lineups for 10/13.

Don’t laugh, but Shayne Gostisbehere quietly put up 14 goals, 51 points, 151 SOG, and 115 BS last season. He gets 20+ minutes a night in all situations, and someone for Arizona needs to put the puck on and in the net. Jakub Chychrun’s injury just means more time for Gostisbehere.

Disclaimer: Dave plays DFS hockey on his personal DraftKings account and utilizes the how to win DFS hockey strategies outlined above, but may deviate from the above strategies he advises.