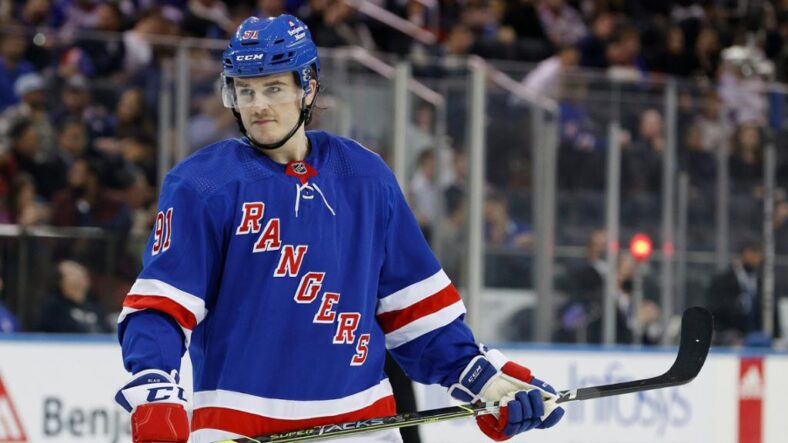 It’s officially hockey season, as we have the first debate on the Rangers training camp lines. As expected, Gerard Gallant is going with a less is more route, and leaving things that worked last year together. That means the Kid Line stays intact, with the new guys filling in around the lineup.

Per Mollie Walker, Sammy Blais will get the first look at 1RW with Chris Kreider and Mika Zibanejad. Vitali Kravtsov will get a first look with Artemiy Panarin, and Vincent Trocheck will slide into Ryan Strome’s spot on both PP1 and the second line.

Before everyone overreacts to a lack of creativity, not giving kids ice time, falling back into old habits, or some of the other complaints I saw, let’s remember one thing. The Rangers training camp lines, especially on Day One, are not going to be the lines we see on opening day or the first game of the playoffs.

This is just a start. We will see changes. Specifically, I think Trocheck will not be on PP1 to start the season. There’s a lot of camp and preseason left, so don’t overreact to the first edition of the Rangers training camp lines.