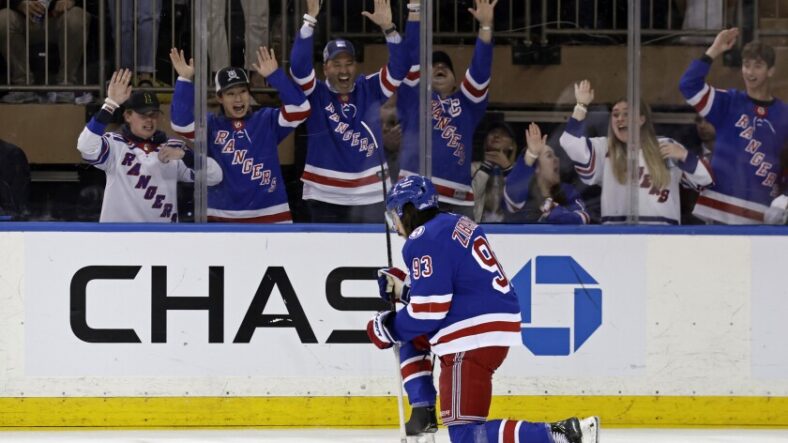 There are several non-roster invitees, and it’s not the over-the-hill vets or the 22-year-old undrafted free agents either (most of them are, for what it’s worth). Sam Alfano, whom Rangers Twitter was excited over, is an 18 year old undrafted winger who stands at a towering 6’4 and 205 lbs.

Luka Henault, a 21 year old defenseman, is another interesting kid who put up 8-57-65 in the OHL last year. But remember that was an overage season against teenagers. He’s seen steady improvement in the OHL for a few years though.

The Rangers are also filling their Anthony Bitetto quota by inviting Cristiano DiGiacinto. Most of the unknown guys are likely vying for an AHL roster spot.