Nils Lundkvist still in Sweden, will likely not attend camp 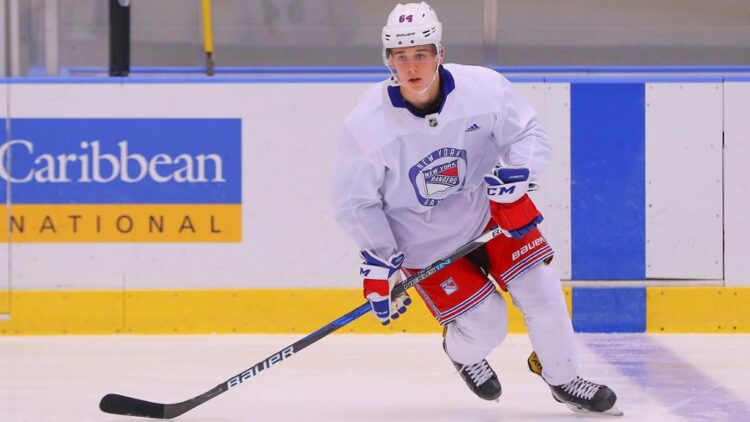 In what is going to be widely viewed as a bad move on his part, Nils Lundkvist is still in Sweden, and likely will not attend Rangers training camp.

Phil Kocher said it best, and there’s nothing more to really add to this.

I don't know if this is Lemieux, Lundkvist, or both, but the optics are brutally bad for Lundkvist. This stands in supreme contrast to Zac Jones, who attended rookie camp of his own volition. #NYR pic.twitter.com/A3KzsVdiZZ

This is entirely on Lundkvist, and is unlike the Lias Andersson/Vitali Kravtsov situations, where there was a strong case for mismanagement by the Rangers. In Andersson’s case, they went with Brendan Smith, a defenseman, instead of Andersson. In Kravtsov’s case, they didn’t want to lose Libor Hajek to waivers, despite the clear need for Kravtsov in the top nine.

Lundkvist requested this trade in January after giving Lundkvist a legitimate chance in the NHL. Yes, he played with Patrik Nemeth, but so did Braden Schneider. Lundkvist played mostly fine, driving offense while having some struggles adjusting to the defensive game on a smaller rink. There shouldn’t be a controversy in sending players down to the AHL.

Lundkvist is going to be a legitimate NHLer, he has the skills and has shown he can hold his own. But he’s clearly blocked in the Rangers organization, mostly by Adam Fox, as the two would share a similar role. It’s a shame, since Lundkvist-Schneider would have been a good pairing.

But make no mistake, the Rangers are not at fault here.