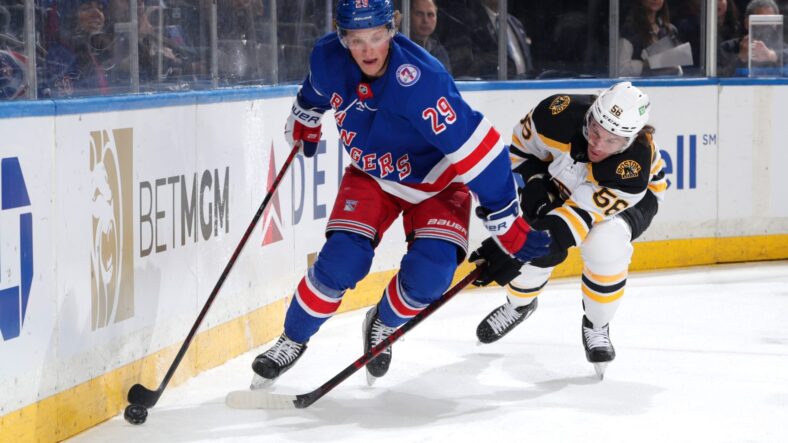 If the Rangers were able to sum up their pre-deadline roster issues with one sentence, it would be Dryden Hunt on the second line. That’s no disrespect to Hunt, who was a solid signing to augment the bottom six last season. He’s a good depth player who can bring a lot to the fourth line. But last season, it was clear Gerard Gallant had Dryden Hunt miscast on the top six.

Before heading into the season, the expectations for Hunt weren’t huge. He was simply there to be a good grinding and defensive player on the bottom six. Instead, he was forced into a more offensive role where he obviously struggled. His scoring line for the season was 6-11-17 while playing primarily with Artemiy Panarin and Ryan Strome. 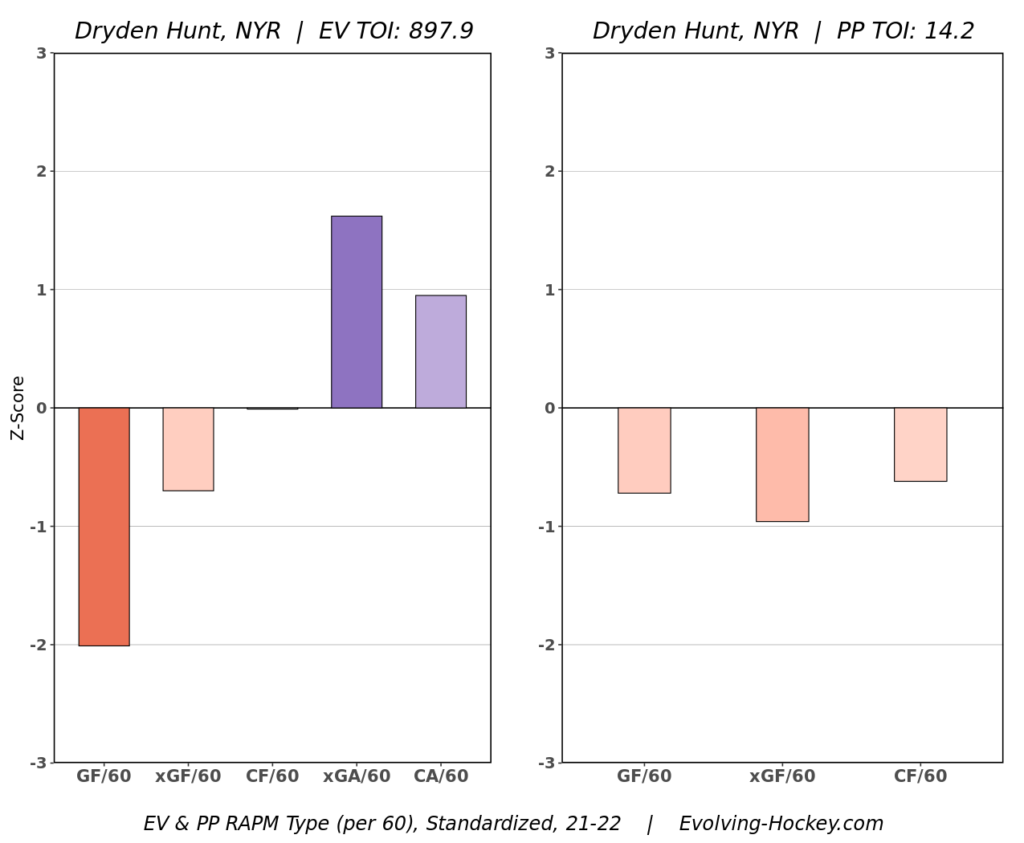 What is fascinating about hunt is that despite the clear offensive woes, at least in offensive play driving, he was a solid force on defense, limiting both quality and quantity. The Strome/Panarin duo was notoriously one-and-done in the offensive zone, so there’s a clear argument that Gallant having Dryden Hunt miscast in that role actually benefited the overall line.

It is also worth noting that Hunt’s 6-11-17 line were all career highs for Hunt.

All in all, the Rangers had a fourth liner adding needed defensive value to a scoring line while also putting up career offensive numbers.

It isn’t Hunt’s fault that he was on the top six for most of the season. But you have to give the winger credit where credit is due. He didn’t change his game, and he added value while playing out of his role.

Hunt’s defensive numbers were great all year, even when not in the top six. The duo Hunt played the most with outside of Panarin/Strome was Ryan Reaves and Kevin Rooney, neither of which had solid defensive numbers. It’s clear Hunt was a net-positive defensively for the Rangers.

The “Dryden Hunt fatigue” is mostly due to him being miscast in the top six. Assuming Hunt stays on the fourth line, he will excel.