Thoughts on the Alex Georgiev trade 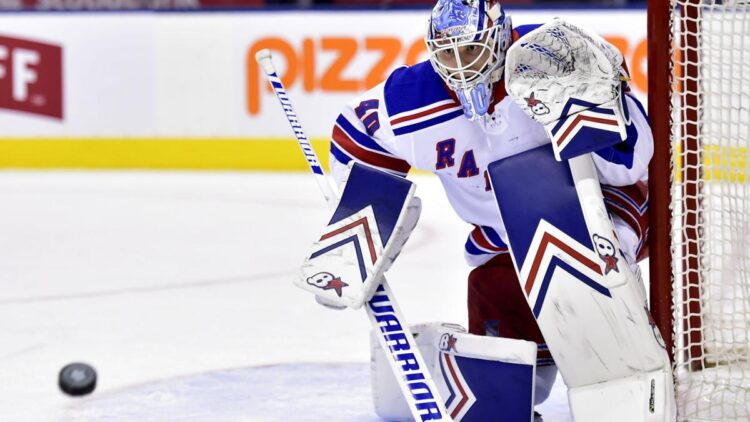 In case you missed it, the Rangers made their first “real” offseason move with their Alex Georgiev trade yesterday. They landed a pair of 3rd round picks (2022, 2023) and a 5th round pick (2022), getting good value for a goalie they could not possibly re-sign. The trade was a consensus good move by the Rangers, and as per usual, I have some thoughts.

1. The Georgiev trade was one that needed to happen at the draft. Once qualifying offers were extended and/or rejected, the Rangers were no longer going to be able to move him. They were going to be in a Sean Avery situation where arbitration awarded Georgeiv something the Rangers couldn’t afford. And without the trade, they were going to let him walk for nothing. Good timing for Drury, and a great return.

2. I am a little surprised that Drury was able to get three picks, including a pair of thirds, in the Georgiev trade. For comparisons sake, Alex Nedeljkovic went for one third round pick (and Jonathan Bernier). I believe Nedeljkovic is better than Georgiev, but was traded when he didn’t have a track record.

But don’t let that fool you, I think Georgiev is wildly underrated by many Rangers fans. He’s not an Igor Shesterkin or a Henrik Lundvist, but he’s at least on par with Darcy Kuemper and/or Pavel Francouz. That’s what Colorado was going for here.

3. Getting three picks, including two in the 3rd round, in the Georgiev trade was another wonderful job by Drury. The Rangers could not afford Georgiev. They also could not qualify him, for the same reasons above. Cam Talbot got 2nd, 3rd, and 7th round picks, so this is about equal in my mind.

He had a rough start to his Rangers tenure, and that first summer brought a lot of question marks. But since the day that Vitali Kravtsov left for Russia, Drury has been near perfect. He nailed the deadline. He, so far, has nailed the offseason with this one trade and the Julien Gauthier signing (likely to be traded).

But, he hasn’t made that big move that we think the Rangers need to make. At least not yet. But for now, credit where credit is due.

4. As for Georgiev, I think he will flourish in Colorado. That seems like a cop out since they won the Cup, and I get that. But Georgiev is a starter, not a backup, and we have a lot of evidence with his splits to back that up. He will also have a strong defensive team that can put up goals. In theory, he should be getting, as a starter, 60 games of 25-30 SOG. He will thrive there.

And you know what, good for him.

5. Georgiev, despite what people may think of him, was a solid Ranger. He put up the number when it mattered. He went from Hank’s backup to kinda sorta being the starter to being Shesty’s backup. And he never complained about it. There was way too much made about the fist bump that one time. He was in a tough spot, he was a professional about it, and now he gets his shot.

I hope he succeeds.