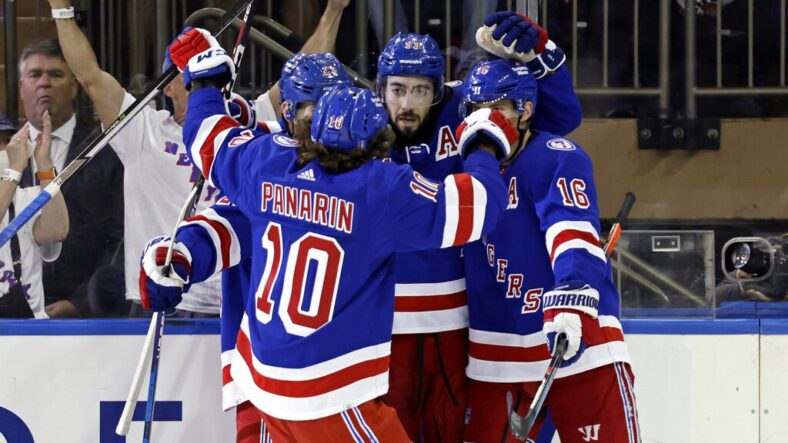 The 2022 offseason is officially upon us, with the Rangers gearing up for roster changes to make another run in the 2022-2023 season. With that, we shift coverage here from post mortem appreciation to player review and offseason content. First up in the 2022 Rangers report card is Artemiy Panarin, who had a career high in points this season, but he seemed off, did he not?

Artemiy Panarin did indeed set a career high in points with 96 and assists with 74. That is a bit misleading though, as Panarin’s COVID shortened 2019-2020 season ended with a line of 32-63-95, but hey point totals count. But despite the career year, something didn’t seem right with Panarin’s game. He wasn’t dominating play, especially at even strength, and he seemed to be deferring to others a lot, even on the powerplay. 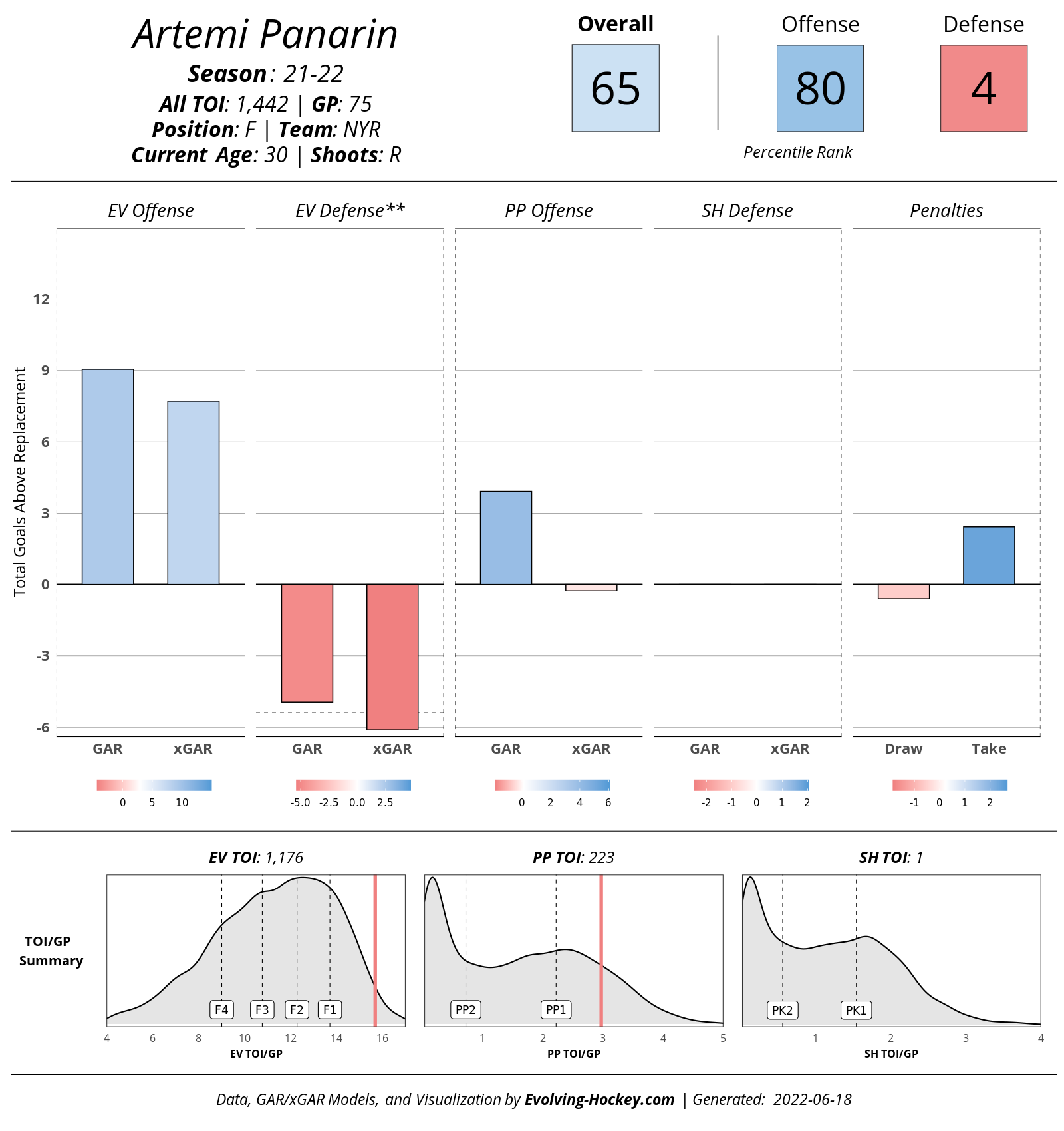 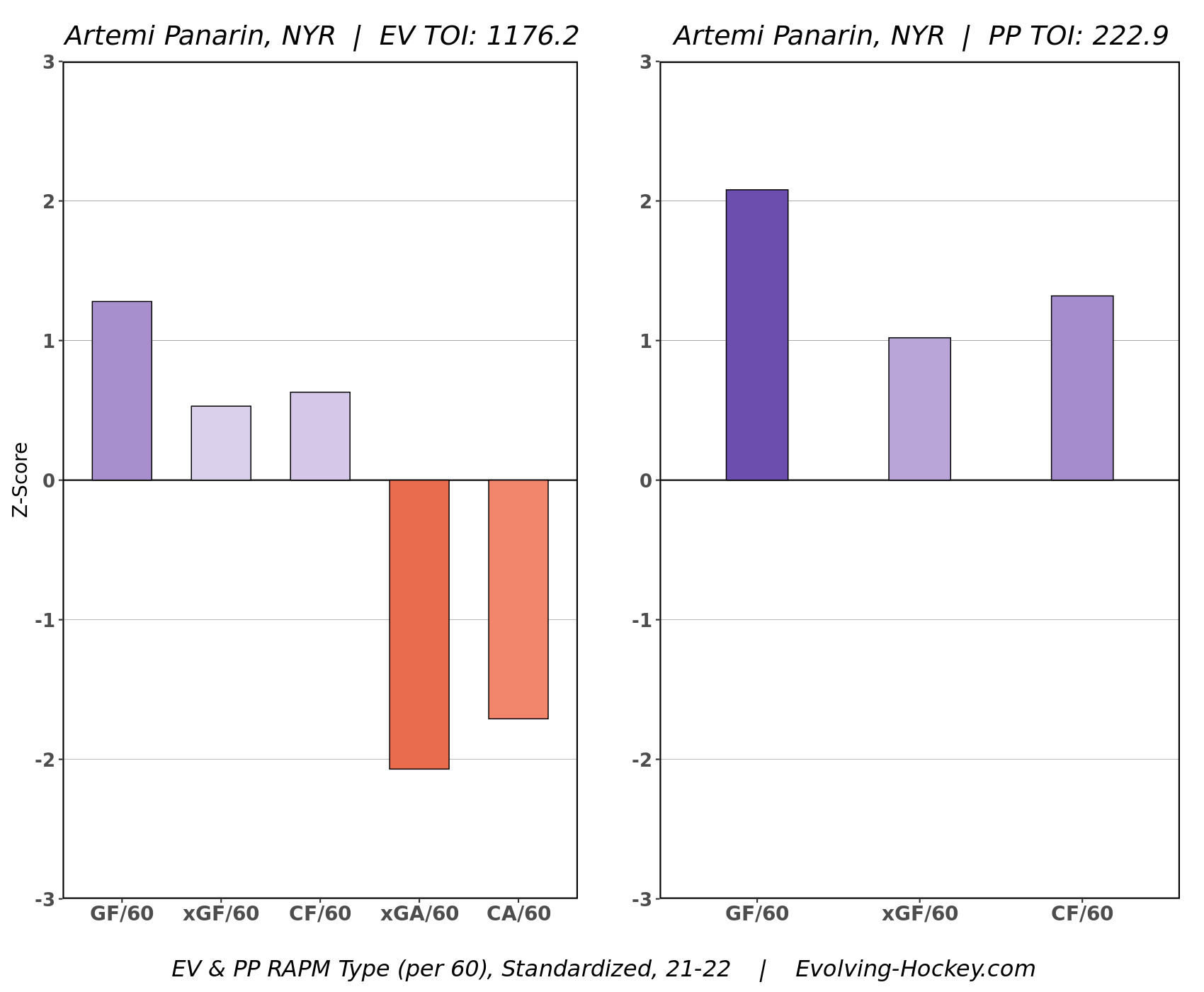 The biggest change with Panarin over the last two seasons is his defensive play. Never a defensive stalwart, Panarin had solid defensive numbers not from his play in the defensive zone, but from his ability to keep the opposition pinned with sustained offensive pressure. Think Anthony Cirelli in the Eastern Conference Final, an example I’ll use often this offseason.

The second line was horrible at creating sustained pressure, and were very much one-and-done in the offensive zone. As the most talented player on the team, capable of taking over a game when he wants, Panarin’s inability to generate sustained pressure is a problem. It’s interesting when you say a player who put up almost 100 points in the season has a problem with their game, but it’s hard to ignore the lack of offensive zone time.

That said, the Rangers don’t necessarily need to be built with players that generate tons of offensive zone time. It’s clear Panarin was very efficient with his chances, and even more efficient on the powerplay (5-32-37). The big thing for Panarin is that he was well below his career average in shots per game, mostly deferring to Mika Zibanejad on the powerplay. That’s not a bad thing, as Zibanejad was lights out and it worked. It’s an observation in his game.

At $11.6 million, Panarin is still worth every penny with that production. Perhaps next year when he has two new linemates, hopefully those that complement his skill set and perhaps fill in some gaps with maintaining sustained pressure, we will see a different Panarin. The Rangers got enough from Panarin, but also need more from Panarin. That makes sense when you think about it.