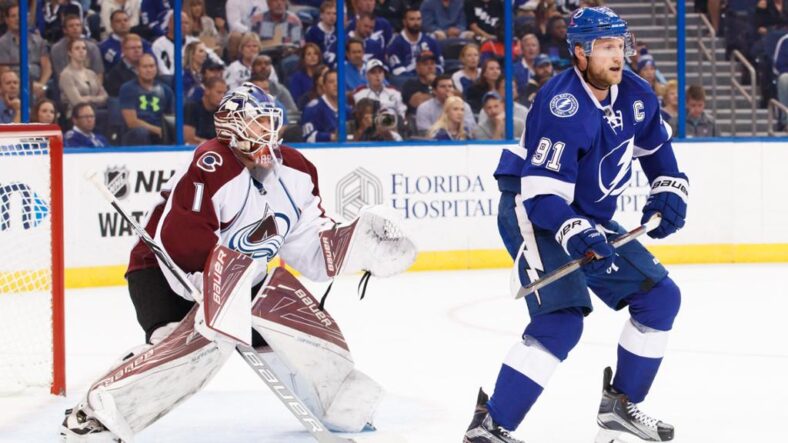 We’ve made it to the final series in the most exciting playoffs in sports, friends! Let’s see what our staff thinks in their 2022 Stanley Cup Final predictions as the Colorado Avalanche take on the Tampa Bay Lightning. Will the Avs be able to stave off another Pat Maroon victory lap? Sadly, our Rangers aren’t in it, but it was a heck of a run for them.

As always, sound off in the comments with your predictions!

After 2015, I had nothing but hatred and very little respect for the Lightning. But after this series seven years later, it’s hard not to respect them and marvel at what they’ve accomplished over the last three seasons. Cap gymnastics or not, getting through one series in the playoffs takes a Herculean, full team effort. Winning 11 in a row is simply on another level. I understand and respect Colorado’s talent, which will perhaps be the steepest test the Lightning have faced yet. Eventually, Tampa will lose and this run will end. But until further notice, they are the kings, and they will need to be dethroned.

I’ve picked the Bolts so many times, why one more? I think it’s finally the Avs time who have proven they can play a shut down style if need be. The series will be back and forth but Colorado takes it in 7.

The Avalanche have steamrolled every one of their opponents and boast the best roster in the league. While the Lightning have the advantage in the goaltending matchup, they’re likely more tired. I hope it goes 7, though.

It doesn’t feel like Colorado has been tested much this postseason, and their only semi-difficult matchup was against a St Louis team that plays heavier and has a smidge of goaltending. They’re very well rested, but they’re about to face a team that has won 11 straight playoff series, who plays shut down defense and has one of the best goalies in the league. I truly believe this series can go either way, and it should be more entertaining than a sweep, but until the Bolts are de-throned, I think Cooper can find a way to adjust and take their third Cup in a row.

Given the rust, I expect Colorado to drop the first game. But this team is too well balanced, too deep, and will be too much for Tampa. It’s their time, and it’s time for Tampa to lose. They are battle tested in prior playoffs, even if this playoffs not so much. The wild card here is Nazem Kadri injury, as he’s a key cog for the Avs for both scoring and matching some of Tampa’s physical play. But even without Kadri and Tampa getting Brayden Point back, it’s Colorado’s turn.