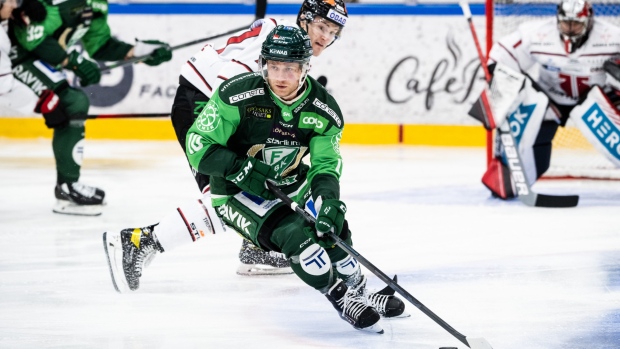 The Rangers have signed 27 year old Swedish forward Gustav Rydahl to a contract.

Rydahl has put up back-to-back 15-goal, 30-point seasons for Farjestads in the SHL. Finding information on him is a bit challenging, since he’s 27 years old, but Highpress Hockey from Buffalo wanted him signed by the Sabres a couple years ago.

Saw the Rangers signed Gustav Rydahl. Almost forgot I wrote this about him 2 years ago hoping the Sabres would sign him

Kinda wonder if him coming over now at 27 means he's got some sort of assurance at an NHL spot. pic.twitter.com/QfIY3fvNqX

A guy with natural goal scoring ability who plays a solid two-way game could be the 4C the Rangers need, should they move on from Kevin Rooney. The fourth line was an area of need all season, and the lack of a role was exploited in the playoffs. Rydahl would go a long way to providing some insurance depth, should he not be the primary option at 4C.

But as Highpress Hockey points out, coming over this late in his career might mean he was assured of a role at the NHL level.