To win Game 6, Rangers must shoot the puck 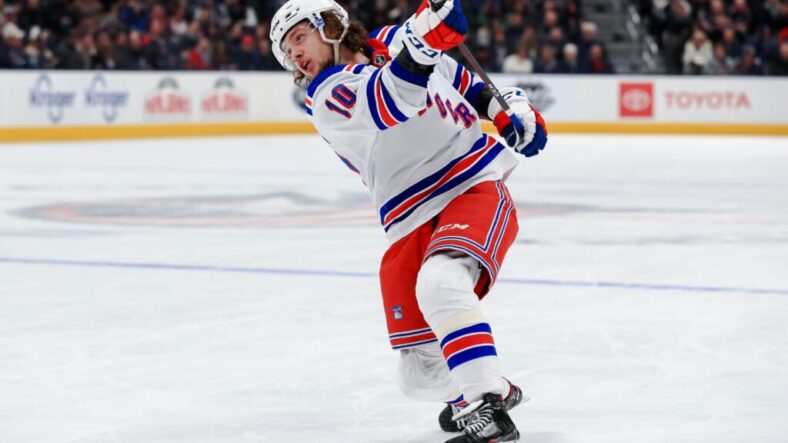 Stop me if you’ve heard this before. “SHOOOOOOOOT.”

Oh, you have? Well then most of the time yelling shoot doesn’t really apply. But this time, for the Rangers it does. Far too often this series we’ve seen them hold on to the puck instead of getting it on net against another backup goalie. The Rangers must shoot the puck to score, shocker I know.

Not all shots are created equal, that we know. It was evident in Game 4 when the Rangers surrendered 31 shots to Carolina, but few were really high quality chances. But that doesn’t mean you should only look for the perfect shot or the perfect setup. Sometimes you just need to shoot the puck, especially against a team like Carolina that plays aggressive defense and apparently gets away with a decent amount of obstruction penalties.

The Rangers must shoot the puck. Through 5 games thus far, the Rangers have mustered 28, 21, 32, 28, and 17 shots, in order. You can easily figure out which games the Rangers were competitive, and which ones they were not. Carolina is a stellar defensive team, and when there’s a good chance, you need to take it. Unfortunately the Rangers haven’t been doing that.

This is all easier said than done, of course, and shooting isn’t the only reason why the Rangers trail 3-2 in this series. Carolina is a very good team for a reason, and they’ve been shutting the Rangers down. The top six has no time to work with to set anything up. The coaching strategy needs to change, as does the players’ strategy on the ice. Just get shots on net, and figure it out from there.