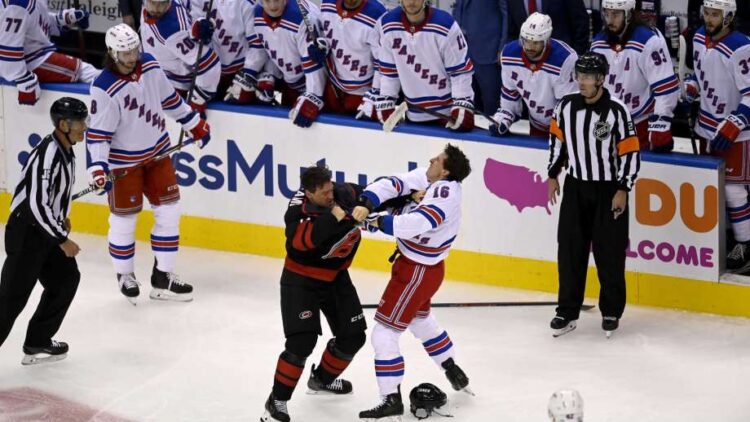 However the Rangers have been getting chances and just missing a few. Hopefully Game 3’s goals from Kreider and Zibanejad wake up the rest of the top six, specifically Strome, Copp, and Panarin, who have done diddly this series. There’s also the post game stuff with Max Domi and Tony DeAngelo, so hopefully that wakes the team up too.

This is also the last game that I miss due to my honeymoon, so that’s nice. I’d prefer to come home to an even series and a best of three on the back-end.

Antti Raanta gets the start.

Crazy Prediction: A complete domination by the Rangers.