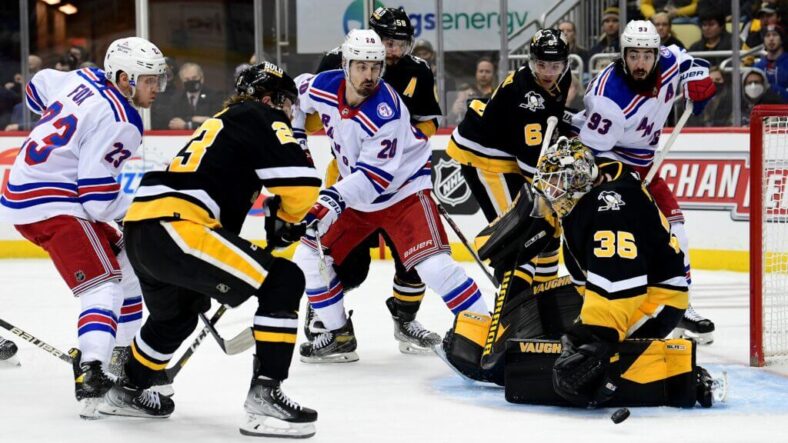 The Rangers played well in Game 5, not necessarily dominating but keeping the Penguins relatively at bay. They shored themselves up defensively a bit, notably by getting Ryan Lindgren back. They weren’t perfect, but they did a much better job of containing the Penguins. They may get Tyler Motte back tonight too, which would help a fourth line that sorely needs it.

The story is whether or not Sidney Crosby will play tonight. We are assuming he’s going to play, and this is just Mike Sullivan being coy  trying to get Trouba suspended for incidental contact and an unfortunate result. If he doesn’t play, it’s obviously a big loss for the Penguins. The lineups will likely change as of the writing of this post (in the morning).

Louis Domingue gets the start.

Crazy Prediction: Shesty gets the shutout in enemy territory.