Kakko’s injuries may be blessing in disguise for Rangers 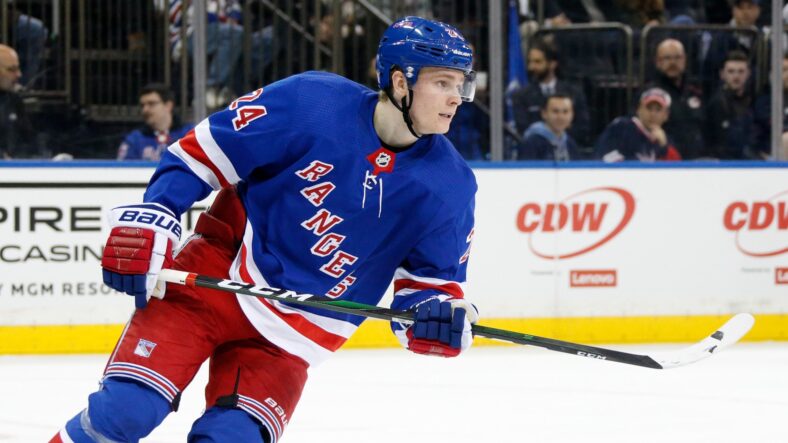 Ok, poor title, I know. But hear me out. Kaapo Kakko’s injuries may be a blessing in disguise for the Rangers. You never hope for injuries, and you never hope for struggles, but Kakko has dealt with both over the last two years, injuries being more the issue this year. It’s been an unlucky season for the kid, who was putting up some solid underlying numbers and finding his groove before a wrist injury. Then this leg injury. It’s been brutal.

Where the Rangers may luck out is that Kakko’s injuries are preventing him from accumulating a good amount of counting stats. This, in turn, should (might) put a cap on what Kakko is set to make on his second contract. Evolving-Hockey’s contract projections aren’t updated yet, but as of the start of the season, Kakko was set to get a 2-3 year deal in the $2 million range. It doesn’t sound like much, but for the cap crunched Rangers, every cap dollar matters.

The Rangers have $11.7 million in cap space to re-sign Kakko and Sammy Blais, add/re-sign a 2C, sign a backup goalie, and make decision on some of the depth (Tyler Motte, Kevin Rooney, Julien Gauthier, 7D). It’s a good amount of work to do without much cap space to work with. Even if the Rangers save $500k on a one-year show me deal with Kakko, which would likely be more Kakko asking for it than the Rangers, then it’s $500k extra for another player. 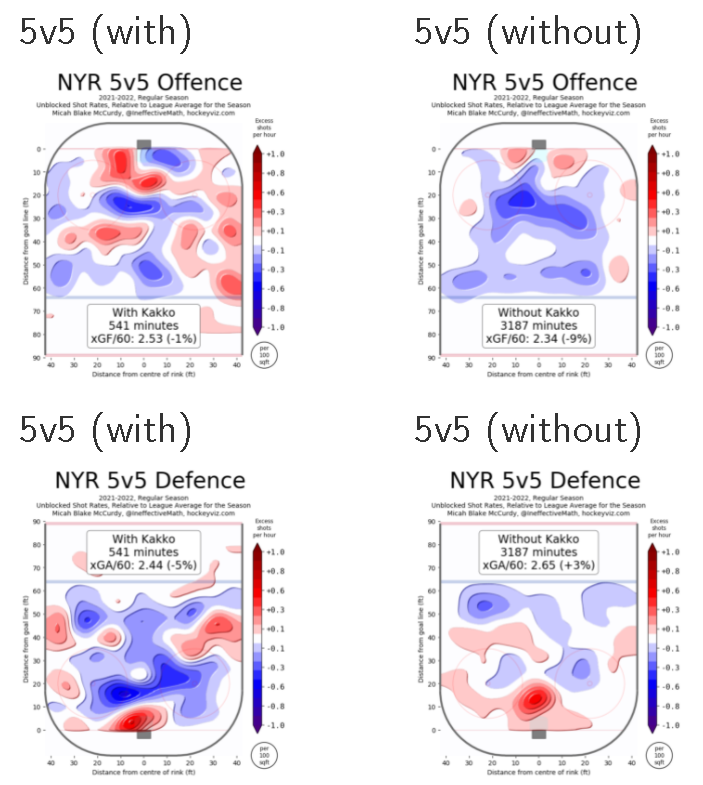 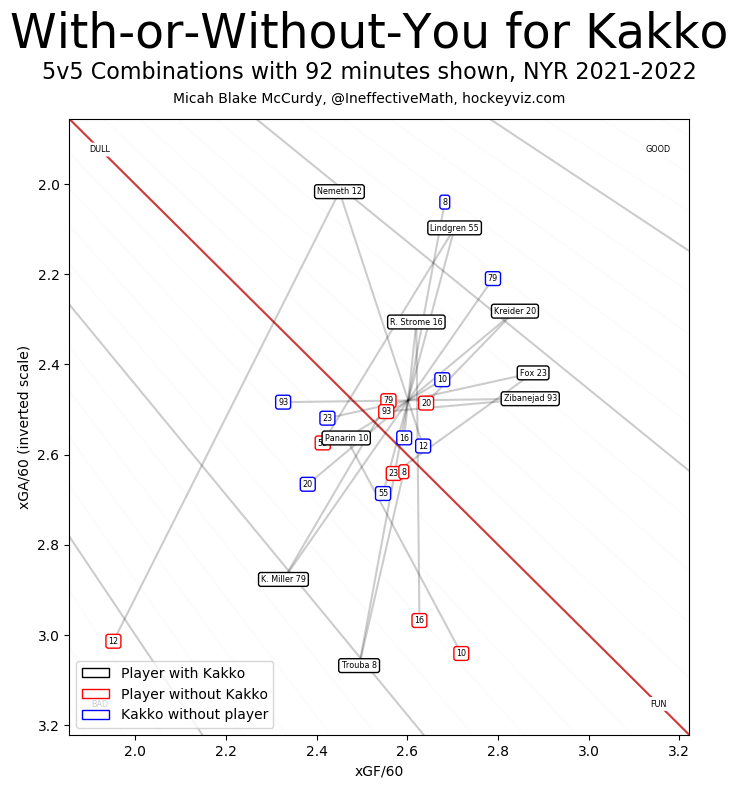 Despite Kakko’s injuries, he’s one of the better play drivers for the Rangers this season. He’s played just 553 even strength minutes, and the Rangers have clearly been a better team with him on the ice. The fun part here is that all of this is pre-deadline, before the Rangers really turned a corner. It makes you think what that kid line could have done with a healthy Kakko and a confident Chytil/Lafreniere.

In a perfect world, the Rangers are going to be able to give Kakko a long term extension (EH has him at around $4.5 million for a 5-6 year deal). But the cap is going to be a problem to make that work. Kakko’s injuries would keep his long term cost down, and the Rangers would be betting that his ability to drive play, as noted above, would translate to points on the ice. Powerplay time would eventually come too, but that’s an issue for Alexis Lafreniere too.

But this is not a perfect world. Kakko likely won’t take a long term deal, and the Rangers don’t have a history of giving forwards long term deals on their second contract, for better or for worse. It helps them in the short term, but hurts in the long term. As of right now, barring any trades, the Rangers don’t have the cap space to commit to Kakko for a long term contract, and Kakko’s lack of sexy counting stats means he likely doesn’t take one either. Thus, we are stuck with a short term contract.

So in the short term, Kakko’s injuries do play more of a role in his cap hit. There are very few comparable players that had Kakko’s situation. Nail Yakupov maybe, but his issue wasn’t injuries, it was pure lack of production. Aleksander Barkov is a guy we like to compare him to, but his P/60 is was above Kakko’s at this point in his career. So we are at a bit of a loss for comparable players. Thus, we use what we can use, which is EH’s projections.

Are we looking at a one year deal at $1.5 million (Blais money) because of all the injuries? It’s quite possible. The wild card here is the playoffs, assuming Kakko is back. Feel free to take that one with a grain of salt. If Kakko is back, he might need a monster playoffs to get back to his projected contract. For now, it looks like Kakko’s injuries are a blessing in disguise, in a twisted way, for the Rangers.