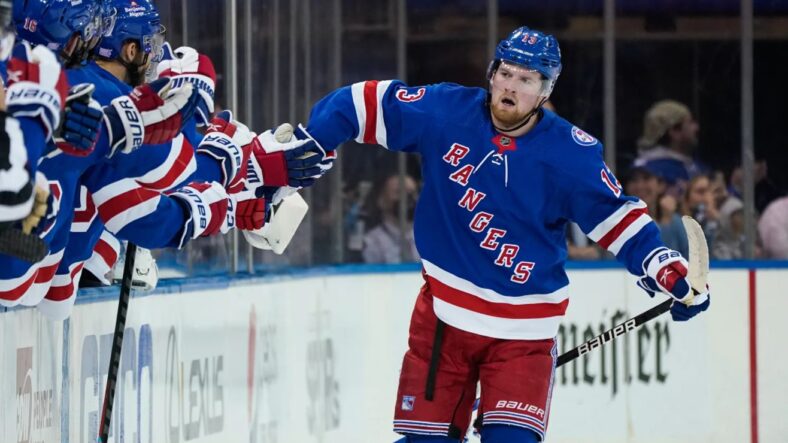 Per Vince Mercogliano, Frank Vatrano has been moved to the top line, and Alexis Lafreniere to the third line, after that putrid performance in Jersey the other day.

Looks like we have some line changes at today’s #NYR practice:

Others are skating as extras.

At first glance, Vatrano is a shoot first guy, as is Mika Zibanejad. So I’m unsure of the chemistry there. Lafreniere worked because he was more of a playmaker, but it’s clear he did a few things that drew the ire of Gerard Gallant over the last few games. He, like many others, had some issues back checking.

It’s good to see Dryden Hunt stay in the lineup, as he has certainly earned his spot. Tyler Motte also looked good, and that pair can certainly form an annoying forechecking line with a bit of offensive punch. I also get the feeling Jonny Brodzinski is a place holder for Kevin Rooney.

As for the third line, there’s skill and forechecking there with Chytil and Goodrow, but no real shooter as both Lafreniere and Chytil like to defer to others. They can be annoying to play against, but unsure if there’s a true offensive shooting threat. Maybe Lafreniere will be that threat.