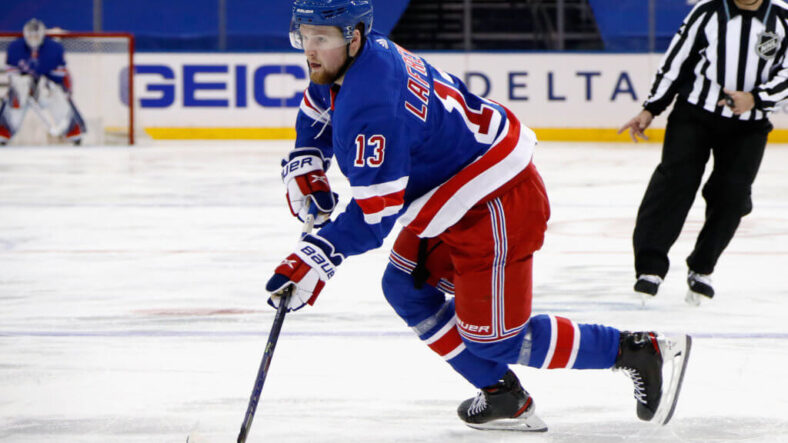 This season is fun. The Rangers are fun to watch. They have holes, for sure, and as constructed they likely are an early exit in the playoffs. But that doesn’t take away from how fun this season has been. That said, there are frustrating points, specifically getting Alexis Lafreniere ice time, both at even strength and on the powerplay. The Rangers are trying to balance developing their prized top picks while winning, and quite frankly, not doing a good job of it. But to play Devil’s Advocate, what other options do they have?

Alexis Lafreniere’s ice time has been a bit laughable in his first two seasons in New York. He’s first top pick since Nail Yakupov to not receive real powerplay time, let alone top six time. However that comparison isn’t fair to Lafreniere, as Yakupov’s issues stemmed far beyond ice time. The Oilers didn’t have the players to keep Yakupov out of the top of the lineup, yet he couldn’t crack it. The Rangers, meanwhile, have a logjam at Lafreniere’s position that won’t be resolved any time soon.

To get more ice time for Lafreniere at even strength, the Rangers need to do one of two things:

Naturally that first option really isn’t an option. So that means someone needs to go to right wing. Panarin plays that side on the powerplay, and he’s one of the best players in the game. Kreider’s game is more about net front presence, which might make him a good option too.

At the beginning of the season, the Lafreniere-Zibanejad-Kreider line, with Kreider on RW, was the only line above a 50% expected goals rate, and was actually over 60%. Small sample size warning (40 minutes), but there were signs that line could work.

The other piece is getting Lafreniere ice time on PP1, which to be blunt, isn’t going to happen when the Rangers are fully healthy. I fully believe that the Rangers should have a second lefty on that unit, but how can you break that quintet up right now? They, along with Igor Shesterkin are literally carrying this team to the playoffs and are in the running for a division title.

That second one timer spot right now is being occupied by Panarin, and the Rangers are firing on all cylinders. Both Panarin and Zibanejad aren’t going to move from those spots, aside from normal powerplay movement, any time soon. Ryan Strome, however, may not be long for a Rangers uniform. Unless he takes a significant hometown discount, he’s likely headed to free agency.

So ice time for Lafreniere on PP1 isn’t this season, but it could be next season as the bumper in Strome’s role. That may actually fit his skill set a little better too.

There’s no need to worry

There are way too many calls that the Rangers should trade Lafreniere, and that he is a bust. The kid has played 97 games so far, hasn’t been in the top-six for the above reasons, and hasn’t seen top powerplay time for the above reasons. Yet this season he is second on the team with 8 goals at 5v5 (Kreider has 11). Yes that means he is ahead of Zibanejad, Strome, Panarin, and Fox.

Lafreniere is also playing with two of the most snake bitten Rangers this season – Filip Chytil and Julien Gauthier. Both are shooting well under their career averages, and the trio’s 5% shooting rate is bound to turn around, given they are driving play when together.

Lafreniere isn’t a bust. There may be a bit of a conditioning and/or confidence issue for sure. Confidence is bound to take a hit when shooting 5% and being unable to score. The points will come when that shooting percentage regresses to the mean, and if/when he eventually takes over time on PP1 next season. As for time in the top six, well that’s a wait and see.