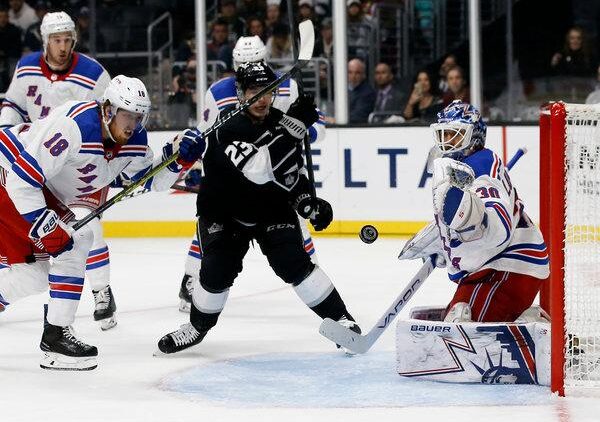 Chris Kreider has a chance tonight to be the first NY Rangers draft pick to score 30 goals in a season since Petr Prucha. He makes his first attempt at it tonight, sitting on 29 goals after his hat trick on Saturday night. He’s been a machine this year, especially in front of the net. Given where the Rangers stand offensively, he’s one of five forwards in the lineup that will need to score for the Rangers to stay in the game. Both Kaapo Kakko and Filip Chytil are out tonight, so that means we are going to see a third line with minimal finishing power. Tonight, the top guys need to produce. That’s been the story of the year though, as this lineup is very top heavy.

So with two forwards out, you would assume Morgan Barron would play, but as of the writing of this post, it is not a guarantee. Apparently Gerard Gallant is seriously considering dressing Libor Hajek at forward instead of Barron, which is absolutely mind boggling. Let’s hope he was just messing with us, because there is no universe where that is a good idea. But here we are, unsure as of the writing of this post (4pm, to be published at 6:30pm), what they will do.

Update: Barron is in, Nemeth is out and day to day.

The Kings are good. They dominated the Rangers last time around, and the only thing that has changed is they got healthier while the Rangers lost more top nine players. Igor Shesterkin is going to have to stand on his head in this one.

Jonathan Quick gets the start.