Marek/Friedman: Rangers in on Jakob Chychrun 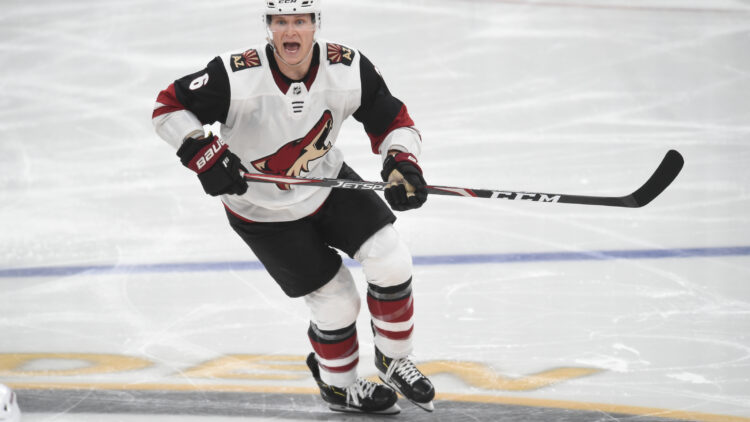 BOSTON, MA – FEBRUARY 8: Jakob Chychrun #6 of the the Arizona Coyotes skates against the Boston Bruins at the TD Garden on February 8, 2020 in Boston, Massachusetts. (Photo by Steve Babineau/NHLI via Getty Images)

It looks like the Rangers are in on Jakob Chychrun, per Jeff Marek and Elliotte Friedman (transcribed tweet below from The Jeff Marek Show).

They name the Florida Panthers and New York Rangers as two other teams that are in the Chychrun sweepstakes as well.

The Rangers are being connected to seemingly everyone lately, and that shouldn’t be a surprise. They have cap space, tons of assets, and a need to win now. Chychrun is a solid top four defenseman, but the price is rumored to be sky high. If the price from Florida is that suggested Spencer Knight, Anton Lundell, and a 1st from Marek, then the Rangers equivalent is something like Filip Chytil, Nils Lundkvist, and a 1st round pick as a starting point. The Rangers need to add to this, as Lundell has more value than Chytil at the moment. For all intents and purposes the other assets are a wash.

Chytil, Lundvist, and a 1st round pick are some pretty valuable assets the Rangers would be using to acquire a guy that plays a position where they don’t need any help. It makes more sense to spend those assets on pieces that actually fill current roster holes. But then again, that’s just my own logic here, and I don’t know what is going on in the Rangers front office.