Seravalli: Rangers one of the teams interested in JT Miller 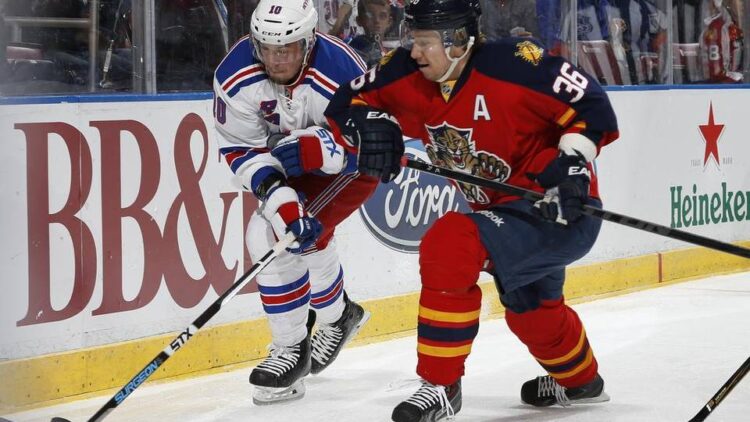 Frank Seravalli, on with Sportsnet 650 yesterday, noted that the Rangers are one of the teams that have been in on JT Miller. Miller is a guy that we’ve spoken about on Live From The Blue Seats that could be an interesting two year rental option for the Rangers. He plays multiple positions, is affordable, and will likely be cheaper and come with less risk than Ryan Strome’s next contract.

As always, cost is going to be the question. During the interview, Seravalli hedged, noting that it depends on the direction the Canucks want to go, coupled with Miller’s next contract demands. It sounds like the Canucks prefer to keep him, but aren’t blind to the value Miller brings. The Rangers also have a plethora of picks and prospects that could make things work.

When it comes to a trade with the Rangers, it might be safe to assume that Chris Drury isn’t going to be willing to part with any player the Sabres were asking for as part of a Jack Eichel trade. That means K’Andre Miller, Braden Schneider, Nils Lundkvist, and then the obvious guys like Kaapo Kakko, Alexis Lafreniere, Adam Fox, and Igor Shesterkin. That last quarter should be obvious, but Canucks fans on Twitter went full absinthe hallucinations on their asks.

There are two things in play here: First is the Eichel trade, of which Miller is most certainly not landing more than Eichel landed (Tuch, Krebs, 1st, 2nd). The second is the Taylor Hall deadline deal last year, which netted the Sabres Anders Bjork and a 2nd round pick. If we are using the Hall trade as a direct comparable, that means Filip Chytil and a 1st round pick (Hall didn’t have another year left, hence the upgraded pick).

Is that enough for the Canucks? Does it fit what they need? Do they even know what path they want to take? None of these are questions we can answer. It is also worth noting that unlike Hall, Miller does not have no-trade protection. He may not even be available, as it certainly sounded like the Canucks want to keep him.

If the Canucks ask for more, is that where Drury walks away? The pieces above weren’t on the table for Eichel, and logically speaking they won’t be on the table for Miller either. But does that mean the Rangers add a Matthew Robertson or another B prospect to the table? Is this where the tanking trade value of Vitali Kravtsov comes into play? Given the sheer volume of kids the Rangers have, there are a lot of possibilities for the Canucks.

Another wild card: Did the unexpected success this year change Drury’s plan? While we certainly have no idea what his plan is, was, or will be, especially given the offseason they had, we do know that unexpected success has blinded teams into making all-in moves before they were ready. That’s the fear with Drury, and that could be what the Canucks are looking for. Miller was a hot topic in November, but is he still a good option in January and beyond for the price? That depends on who you ask, and when.