Should this be an “all-in” year for the Rangers? 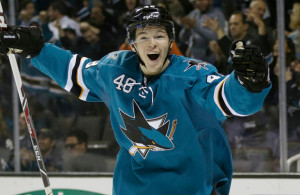 If there is one surprising aspect of this season, it’s that the Rangers are at the top of the NHL standings. We expected the Rangers to turn the corner this year into playoff contender, but to cement themselves as a playoff team by December was a surprise. The East appears to be a dog fight, and the West doesn’t have a clear cut elite team. It’s a scenario that begs the question: Should the Rangers go all-in this year?

The case for the Rangers going all-in

As mentioned above, there is no clear cut elite team that the Rangers need to go through. The Western Conference has Vegas, and that’s about it. The Eastern Conference is significantly tougher, and has Carolina, Pittsburgh (making a run right now), Washington, Tampa, Florida, and Toronto. All legitimate teams. But, and this is a big but, the Rangers don’t need to beat all these teams. They need to beat three of them in separate seven game series.

Matchups matter, of course. As currently constructed, the Rangers are pretty good matchups with Pittsburgh, Florida, and possibly Tampa, as their weaknesses play to the Rangers strengths. The Rangers fair better against teams without as much offensive punch deeper into the lineup, and specifically against teams that take a lot of penalties. The Rangers have a top powerplay in the league, and the more often they get on the ice, the better the Rangers will do.

Add in Igor Shesterkin, and the Rangers have a Vezina candidate in net who can steal an entire playoff run.

The Rangers have about 75% of a true contender. They need at least one, possibly two, top six forwards and a depth defenseman. They also have the assets to acquire these pieces without forfeiting something significant or mortgaging their future. If the Rangers were to replace Nemeth and acquire Joe Pavelski, that makes them much deeper and better primed for a run. Add in Tomas Hertl, a legitimate possibility, and the Rangers now have borderline elite scoring depth.

Elite scoring depth, a top powerplay, a top goalie, and sufficient team defense can win a Stanley Cup. And it’s not like Artemiy Panarin, Mika Zibanejad, and Chris Kreider are getting younger. Plus Ryan Strome’s future is in question. Do the Rangers go all-in, knowing that core four has limited years left?

The case against going all-in

Going all-in comes with a definition of sacrificing key pieces to build for that season, and that season only. While I believe that definition has evolved in recent years, there’s still a chance that Chris Drury blows up the farm system in a failed attempt to win. There’s a cap crunch coming, and sacrificing cheap, talented ELCs for veterans going for a Cup run in an admittedly not ideal situation is a sure fire way to collapse a rebuild.

There’s also the Drury factor. His track record in his short stint as NHL GM is questionable at best, and downright bad at worst. What is his definition of going all-in? Does he target 90s style grit, or does he target actual holes on the roster? We have yet to see what his actual plan is, other than address the locker room concerns from the last few seasons.

Aside from Drury, there are legitimate concerns about some of the current roster makeup. Without naming names, we’ve seen lack of a consistent forecheck, back check, and overall team defense from a handful of players that should know better and be better. Is that a roster thing? Yes. Is that also a coaching thing? Absolutely.

Does this mean the Rangers are a ticking time bomb, waiting to implode? Likely not. They are too skilled for that. However it is a solid reason to avoid going all-in. Until there is a consistent effort and system buy-in, which we haven’t seen yet, the Rangers likely shouldn’t go all-in.

The follow up is always the what-if. If we assume the Rangers can upgrade from Nemeth for cheap (mid round pick?), then we are looking at two top-six forwards. What does that cost?

Tomas Hertl and Claude Giroux likely have the same cost. Remember, these are rentals. It’s not going to be multiple significant pieces, like how many believe either will cost the Rangers at least a 1st, a top prospect, and an A- prospect. They are rentals. But they will likely cost two of the three, depending on the assets. The Rangers have that.

If, and a big if, the Rangers can acquire Hertl, Pavelski, and a bottom defenseman for a 1st, 2nd, 4th, Jones, and Chytil, is that considered blowing it up? What if you sub out Jones for Robertson? Or Chytil for Miller? Does something like that set the Rangers back significantly? Maybe, maybe not. This is the grey area that drives a lot of good discourse and discussion.