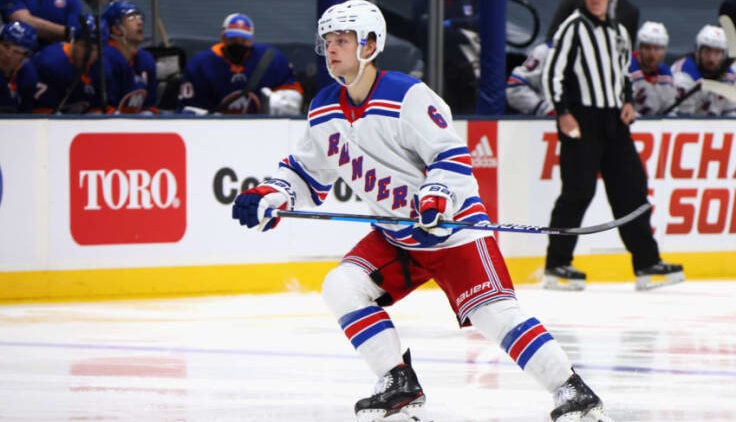 It is time for the NY Rangers to play Zac Jones. At the current moment, they are trotting out Libor Hajek the last six games in varying minutes, most recently 11 minutes against Tampa, and the results have been atrocious to say the least. Since Ryan Lindgren is going to be in COVID protocol for at least another week (most likely), and Jarred Tinordi isn’t an option, then Zac Jones is the only viable option at the moment.

Jones, on the other hand, has some serious potential. He played relatively well in his quick look last year, and should be able to provide the Rangers with a balanced presence on the blue line. At the bare minimum, he’s better than Hajek. But again, that bar is on the floor.

It appears the Rangers have been reluctant to play Jones because they didn’t want to break up the top four –as noted by the consistent Miller-Trouba pairing– and didn’t want to put Jones and Nils Lundkvist on a pair together. However it is abundantly clear that neither Hajek nor Tinordi are options.

If the Rangers want to be true competitors, they need to round out the lineup. A bottom pair defenseman is on the list of things they need. Jones is the most NHL ready, and likely the best option at the moment. What do they have to lose? It’s time to play Zac Jones.