The Rangers aura is different this season 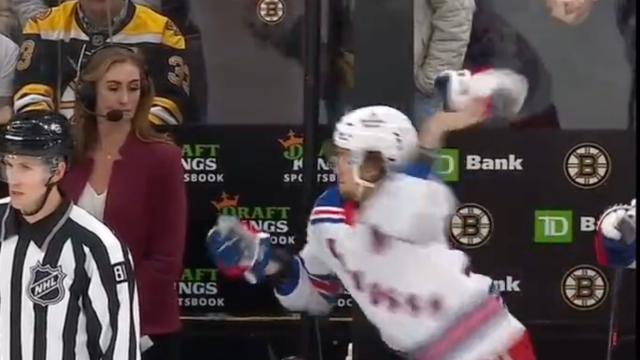 The Rangers aura is different this season. It’s a little difficult to explain, but this team just feels different than years past, even the teams that were good. Yesterday’s Black Friday win over the Bruins was an example of that difference. In years past, 2-2 heading into the third in Boston would have a different result. This year, the Rangers piled on three goals and made a statement.

The Black Friday win is one thing, but the constant come from behind wins, specifically after their apparent first period problems, are a contrast from even the Alain Vigneault teams. There is never a game where the Rangers are out of it. They have the skill and, perhaps more importantly, the mentality that they can get the big goals when they need them.

We can point to the stats since their four game break after the Florida win, and they are pretty solid. Or we can point to the team makeup and shakeup they experienced over the summer. The reality is that it’s a combination of both. The Rangers’ aura has changed significantly. This is not a smoke and mirrors team.

This Rangers team also doesn’t, at least not yet, blow leads. Igor Shesterkin is a huge part of this, and he’s arguably one of the top goalies in the league. It’s also a commitment to team defense, especially as of late, where they are rarely out of position. Sure there are mistakes and this team isn’t perfect, but the overall process has been there.

The Rangers aura this year is the biggest cause for optimism. We had been preaching Game 20 as the turnaround point, using past Gerard Gallant teams as the data point. The Rangers, instead, turned it around significantly earlier. Perhaps it was that four day break after barely beating Florida. Or perhaps something just clicked. This team can make noise in the playoffs this year. There are still areas to improve upon, but the overall team and process are here, right now.