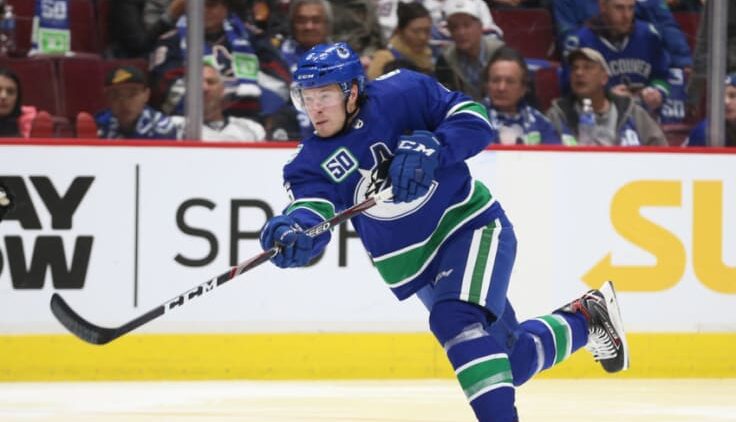 Since the Sammy Blais injury, talk has been about how the Rangers will replace him. As of now, there haven’t been any moves. Darren Dreger noted on Insider Trading that the Rangers are targeting a middle of the lineup winger to help address this need. Rangers wing targets could be few and far between though, especially this early in the season.

Dreger on Insider Trading says the Rangers are looking for a middle 6 forward with the injury to Samuel Blais.

There are very few right wingers, or players that can move to RW, in the system that make sense for the Rangers at the moment. In fact, there are only really three options: Julien Gauthier, Morgan Barron, and Lauri Pajuniemi. Of this trio, only one is in the NHL, and one is a natural center. I think we can eliminate Barron from the conversation, at least for now, as the Rangers truly view him as a center.

Gauthier, the only NHLer on the list, is playing phenomenally well since his promotion to the third line. It’s disappointing it took an injury to get him significant minutes, but he is making the best of his time.

A not-so-wild thought, but what if Gerard Gallant simply reunites Alexis Lafreniere with Mika Zibanejad and Chris Kreider, thus putting Barclay Goodrow back to the third line with Gauthier and Filip Chytil. It’s not the best fit for Goodrow, but it’s a better fit than the Rangers top line.

That would certainly eliminate the need for a trade for any of the Rangers wing targets, barring injury of course.

Apparently Arthur Staple beat me to this already (shakes fist), but on the bright side I was thinking of a few players not on his list.

Brock Boeser could be the odd man out in Vancouver, who is up against the cap at the moment. After re-signing their key young guns this past offseason, Boeser’s expiring $5.875 million contract (and matching qualifying offer) may be a bit much for Vancouver.

But Boeser isn’t going to be your typical cap dump trade. Vancouver, who is up against the cap this year, does have a bit of wiggle room next year. He is projected to get $7 million on a 5-6 year contract, per Evolving-Hockey. Is that too rich for Vancouver? Would that even fit for the Rangers? 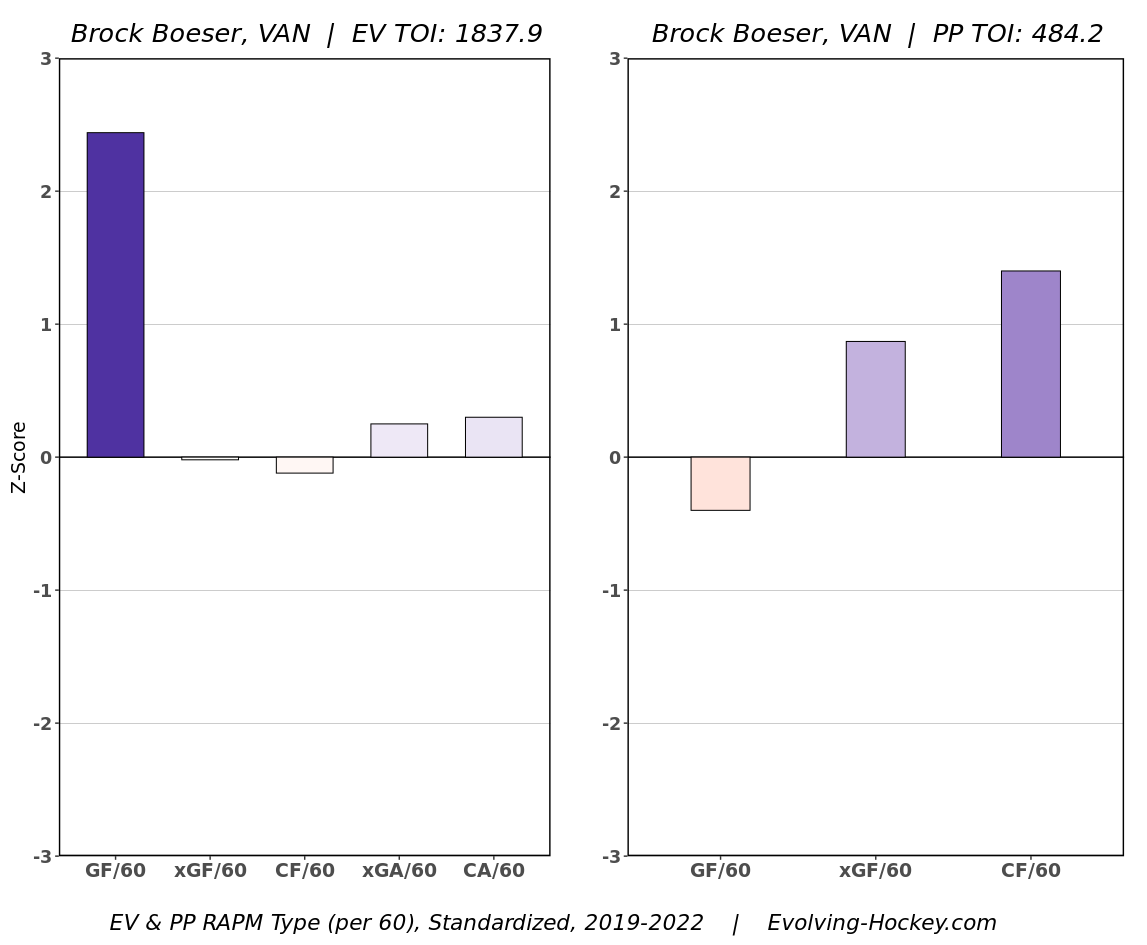 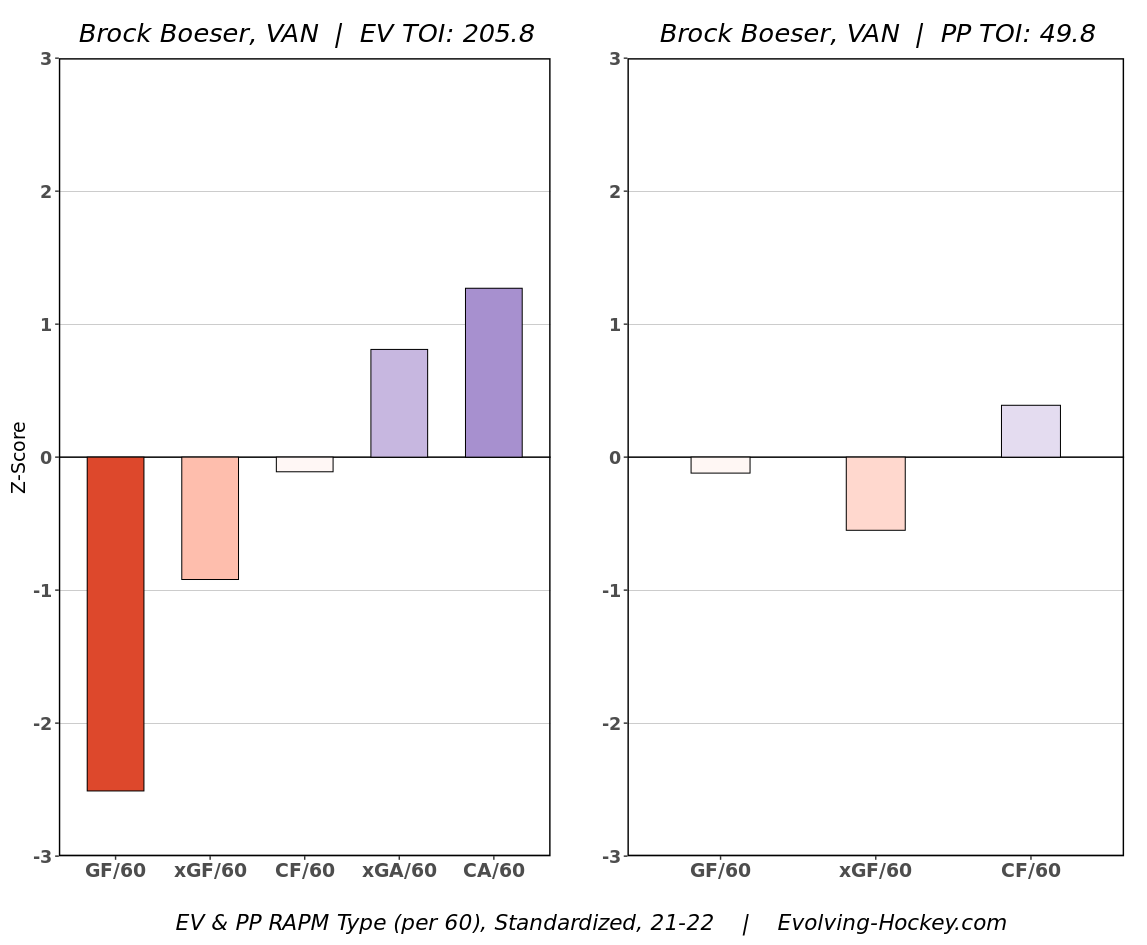 Boeser this year (on the right) vs Boeser over the last three years (left) might make him an intriguing buy-low candidate. He’s playing much better defensive hockey, but the GF/60 have tanked completely. He isn’t driving offense either, after a few seasons of at least treading water.

This would be a hockey trade though, and the Canucks would need cheaper talent to make it work. Would the Canucks want one of the many solid defense prospects the Rangers have? Would the surging Julien Gauthier interest them as a sweetener? There’s a deal to be made here.

The first name that jumps out to me is Reilly Smith in Vegas. He has rapport with Gallant, and succeeded under him both in Florida and in Vegas. He’s that middle six veteran winger that can score that the Rangers are looking for. The hiccup here is Vegas has no forwards left at the moment, as they are all hurt. Until that resolves itself, I can’t see them moving Smith. Worth noting, Smith would be a rental, and Vegas is still in competition mode. There’s no guarantee he would even be available.

Rickard Rakell in Anaheim is another middle six winger on an expiring contract that fits the need the Rangers are looking to fill. He’s hurt at the moment, so take this with a grain of salt. Rakell offers exactly what Smith does, and might actually be a cheaper trade acquisition. The Ducks are likely to be sellers, as they are in their rebuild, so this could be an interesting cheaper rental option.

This may take time

Rangers wing targets are going to evolve as the season progresses. Striking now is probably in Drury’s best interest, as there’s only so much we can take of 1RW Goodrow. But there is value in patience, especially as the market evolves and teams fall out of contention. The only thing we “know for sure” is that both Vancouver and Anaheim are “likely” to be sellers at the deadline. Who knows what other teams will be there soon?

It’s a little comical how all this played out, as the ideal player –Pavel Buchnevich– is in St. Louis, traded for the guy whose knee injury was one of the other two inputs into this problem. The Buchnevich trade for Blais, Blais’ injury, and the Vitali Kravtsov drama are the three stooges in this Rangers RW comedy. Sometimes, you laugh to keep yourself from crying.