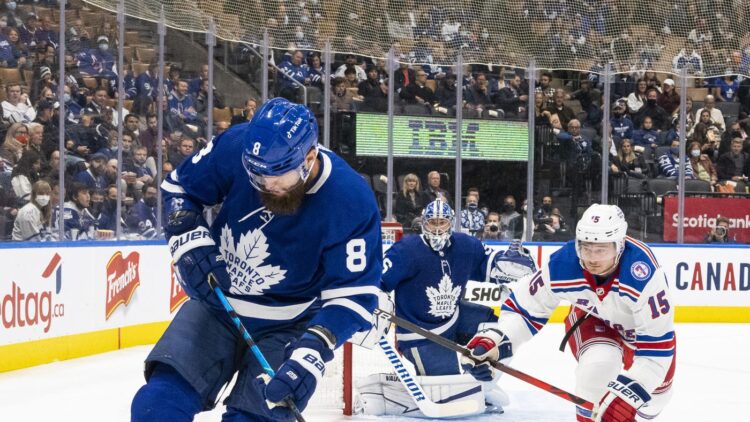 If there is one thing we learned from tonight’s loss to Toronto, it’s that the Rangers can skate with the Leafs, one of the best teams in the East. This Rangers goal breakdown doesn’t have many mistakes. That’s not to say the Rangers were perfect, but very few mistakes wound up in their net. They didn’t need Igor Shesterkin to be heroic either. He was solid. But in the end, it just wasn’t enough to get the win in Toronto.

The Rangers came out and controlled the first period before the Leafs dominated the second. Once the Rangers scored in the third, it was almost entirely Rangers for the rest of the game. Special note for K’Andre Miller and Julien Gauthier, who did not factor on the score sheet but had spectacular games.

Not much on this one. It’s a good forecheck by the Leafs, with the Rangers playing solid defense. They forced the puck to the outside where Reilly got a shot off. A rare point shot that beat Igor Shesterkin.

Good stick move by Morgan Reilly here to outmaneuver Jacob Trouba. Not Trouba’s stick check, but he was also defending the pass low.

Campbell (or was it Strome's skate?) stops Kakko's shot, but on the rebound Hunt nets his first with the Rangers #NYR pic.twitter.com/7W70RsgYCE

This was a juicy rebound from Jack Campbell. A rare mistake from him in this one. Good on Dryden Hunt to put himself in a position to score as well. 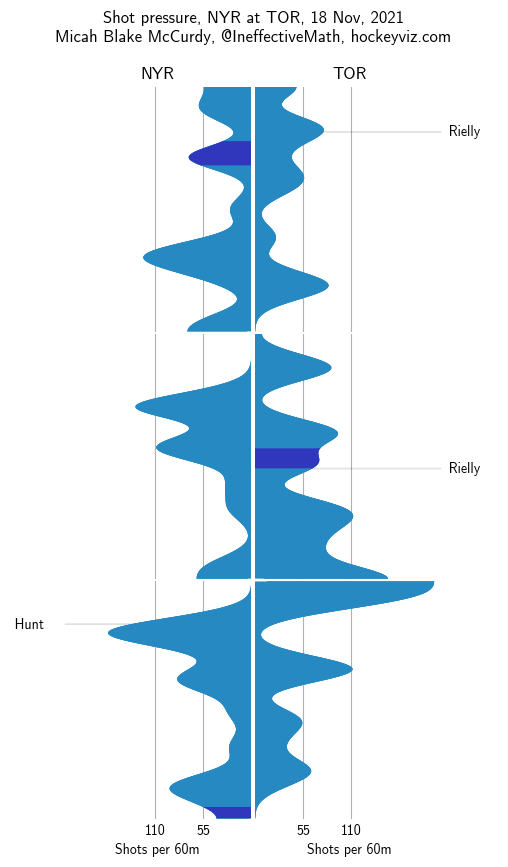 The Rangers played very well this game. There was a lot of back and forth, with the Leafs getting the edge in game flow, as expected. The Leafs are a solid team. But the Rangers skated with them, and this is night and day from the last time we saw the Rangers play the Leafs.

This is another good process game for the Rangers. They weren’t perfect, and they didn’t even have a puck possession advantage. This was just a good game by both teams where the Rangers came out on the losing end. On to the next.