Rangers fourth line has been a major strength 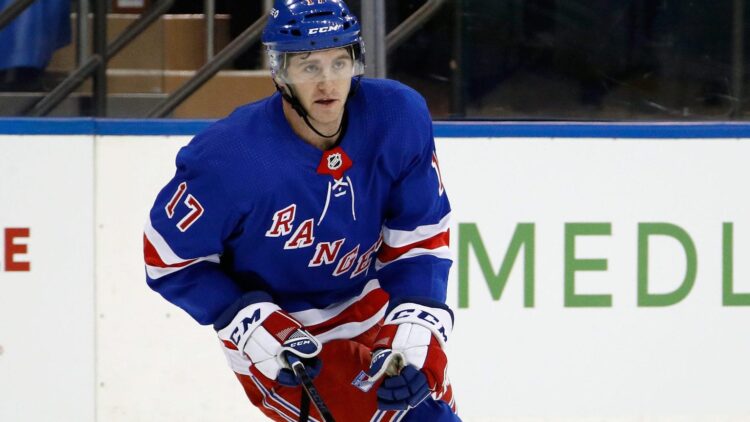 Here’s something you didn’t expect to see after one month of the 2021-2022 season. The Rangers fourth line has been one of its strengths. Initially panned because of Ryan Reaves, he has formed a solid trio with Dryden Hunt and Kevin Rooney. It’s certainly not something we expected to see, and yes this does need to be taken with a salt because of small sample size. However the Rangers fourth line, for now, is the best in hockey.

One thing that surprised me was how dominant the Rangers fourth line has been, both via eye test and confirmed via their puck possession numbers. As a trio, they’ve put up an astounding 71.73 xGF%. Given how poor the Rangers have been, from a process standpoint, that is quite the accomplishment.

Given Reaves’ injury, there are valid concerns about how Greg McKegg would fit in. There has only been a handful of shifts for that trio, so it’s a bit difficult to see if they will perform the same. On the bright side, Hunt-Rooney without Reaves has put up a 58.51% expected goals share. They should be just fine with McKegg in the short term.

Now again, it has only been 22 minutes of that trio together. But given how effective they’ve been, it’s worth noting a major strength when fully healthy.

A weakness into a strength

Last year, the Rangers fourth line was barely used. It was also atrocious. We can say what we want about how the current fourth line was put together, but to say it is far better than last year’s isn’t much of a stretch. Addition by subtraction (Brett Howden) goes a long way, even if the replacement(s) weren’t preferred.

By being able to run a competent fourth line, the Rangers open themselves up to more flexibility in the lineup. This line shouldn’t be mistaken for the GAG line, but as long as they are controlling play, the opposition can’t score. Sometimes, you just need them to eat minutes effectively. As of now, the Rangers fourth line does just that.

Would it be nice if this line had more of an offensive punch? Absolutely. Most Stanley Cup contenders have the ability to score up and down the lineup. While this fourth line has been dominating play early on, they don’t have the scoring history to show they can be a true danger.

Sometimes you need to take the win and run with it. The Rangers fourth line is one of the few strengths up front as the team adjusts to Gerard Gallant and new systems. A win is a win, and hopefully will continue to be one as the rest of the team figures it out.