Despite the Drury problem, Rangers still primed to succeed 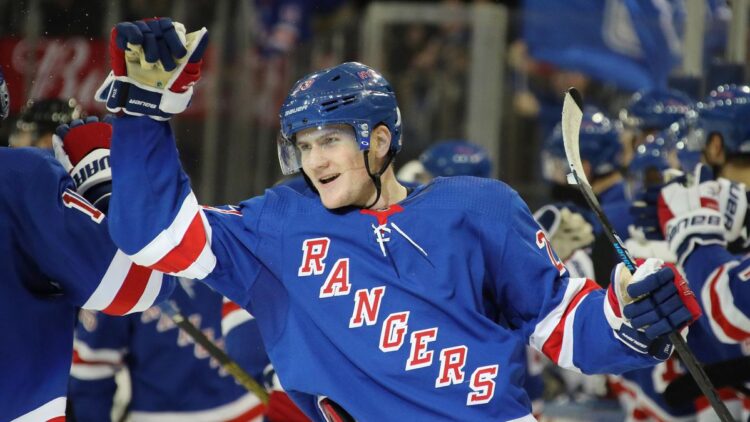 Much has been made of the Chris Drury problem for the Rangers this week. And to be clear, he is, as of now, a problem. That can change down the road. Drury is a new GM after all, and maybe it’s the hopeless optimist in me that thinks he will learn and get better. But even if he doesn’t, the Rangers are still primed to succeed now, despite Drury. They have the key pieces in place for a 3-5 year run of success.

The core is young and cheap(ish)

The Rangers have many core pieces in place. Alexis Lafreniere, Kaapo Kakko, Adam Fox, and Igor Shesterkin represent this young and potentially elite core of kids. The first three are on ELCs, but won’t be for much longer. However they will still be relatively cheap compared to their on-ice production. Fox is rumored to want a contract beginning with a nine, which is a huge underpayment. Shesterkin is locked in. And, quite frankly, Kakko’s lack of numbers right now keeps his cost down.

In addition to that elite potential at the core, the Rangers have solid young players throughout the lineup and in the system. They have the ability to replenish the NHL ranks somewhat regularly with cheap contracts.

They are a good team in an aging division

I stand by what I said in the preseason. This is a much better Rangers team. Jeff Gorton did a fabulous job in the rebuild. What Drury has done thus far hasn’t necessarily impacted that too drastically, at least not in the short term. We can argue about the Pavel Buchnevich trade or the Vitali Kravtsov situation again, or we can take a step back and look at what else has been done.

Gerard Gallant is a great coach. The Rangers are 2-1-1 right now, despite all the difficulties that come with a new coach, roster turnover, and a new system. The team is well rounded, but does lack depth and has a hole at RW. Both are relatively easy fixes, but a little luck means they won’t need to do much.

The Penguins and Caps are old, and the Isles are getting up there as well. They may be the cream of the crop this year in the Metro, but their time at the top will come to an end in the next year or two. After that, it’s the Canes who present the most pressing challenge. The Metro Division is a toss up, but not overly good. Sometimes you just need to get into the playoffs.

They have cap space and prospects

This is the big thing. The Rangers have a ton of cap space and the prospects to make a splash. They may not need to, but the option is there for at least this year and next –even with the Adam Fox deal– to make a significant move to improve the team. That move may be at 2C, or it may be a top six RW. Or both.

If that big move isn’t available, and it appears that Jack Eichel ship has sailed, then they have the ability to deal for stopgaps and hole fillers for runs. That’s not necessarily ideal, it’s just to present options. The Rangers are far from a bad team, despite the drama the last few days (weeks? months?). There are process concerns, for sure. But unless Drury actually blows it up, then the work done leading up to this season should still result in positive outcomes. There are very few reasons to believe the Rangers won’t succeed, despite Drury’s issues the past six months.